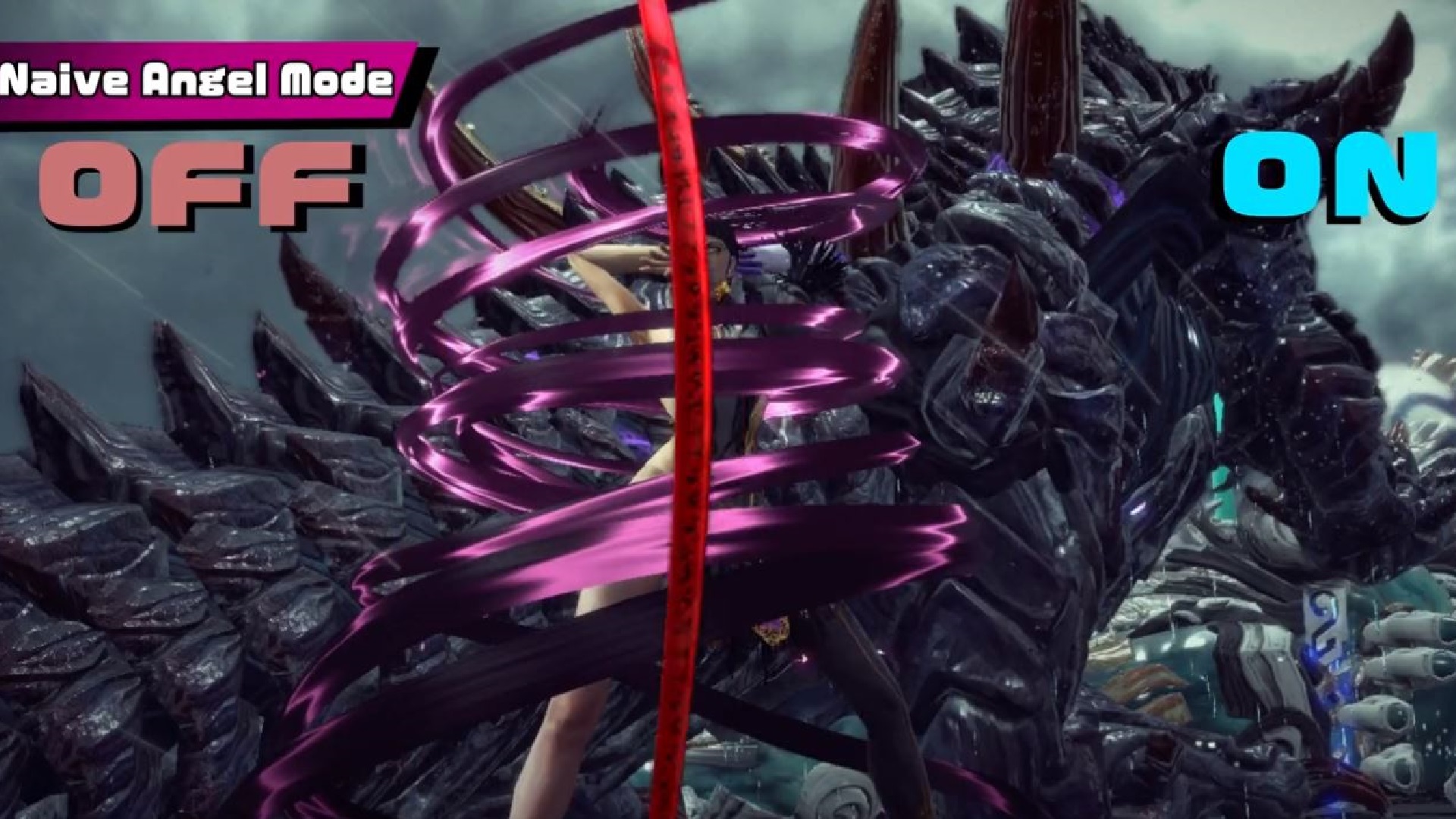 Bayonetta 3 will let you rock nudity

BAYONETTA 3 is coming to Nintendo Switch this fall, and developer Platinum Games has announced a new mode for “Naive Angels.”

The third game in the Bayonetta series was announced back in 2017, but we didn’t get our first look until September 2021.

However, a new trailer has been released that comes with special edition information and a physical version of the original Bayonetta for Switch.

Platinum Games also revealed a brand new mode alongside the trailer that will be a first for the series – a nudity toggle.

Bayonetta is an ancient witch with the power to summon fists, feet, and even giant demons from her hair.

They aren’t creatures that simply live in her hair, but deadly weapons made entirely from Bayonetta’s hair.

Her outfit is also made of hair, and frankly there isn’t enough for modesty and weaponry.

Every time Bayonetta attacks with anything other than her weapons, she becomes more and more naked.

When she launches an all-out attack, she naturally strips down to the skin.

Platinum Games announced that they have no plans to have Bayonetta wear any more clothes.

However, in order to expand its audience, or just to save some embarrassment, a new mode called ‘Naive angel fashion‘ has been introduced.

Not only does this mode allow Bayonetta to keep her clothes on, even when she whips her hair back and forth, but it also covers other more scantily clad characters.

However, if you want to see the Umbra witch in all her sexy striptease glory, you can always do so with the mode off.

A statement from Platinum says:

“Relax, the witch is back and sexier than ever.

“We’ve added the revolutionary ‘Naive Angel Mode’ to Bayonetta 3 so that more people can fully enjoy it.

“By turning it on, you can play right in the living room without having to worry about what’s on the screen…we think.”

The Japanese account is not so shy. Although it delivers the same message, it opens with the more cheeky “Don’t worry, it’s coming off,” followed by three peach emojis.

Fans have been very positive about the addition and appreciate the ability to choose whether or not the clothes stay.

Written by Georgina Young on behalf of GL HF.

All the latest gaming tips and tricks

Looking for tips and tricks on your favorite consoles and games? We have what you need…