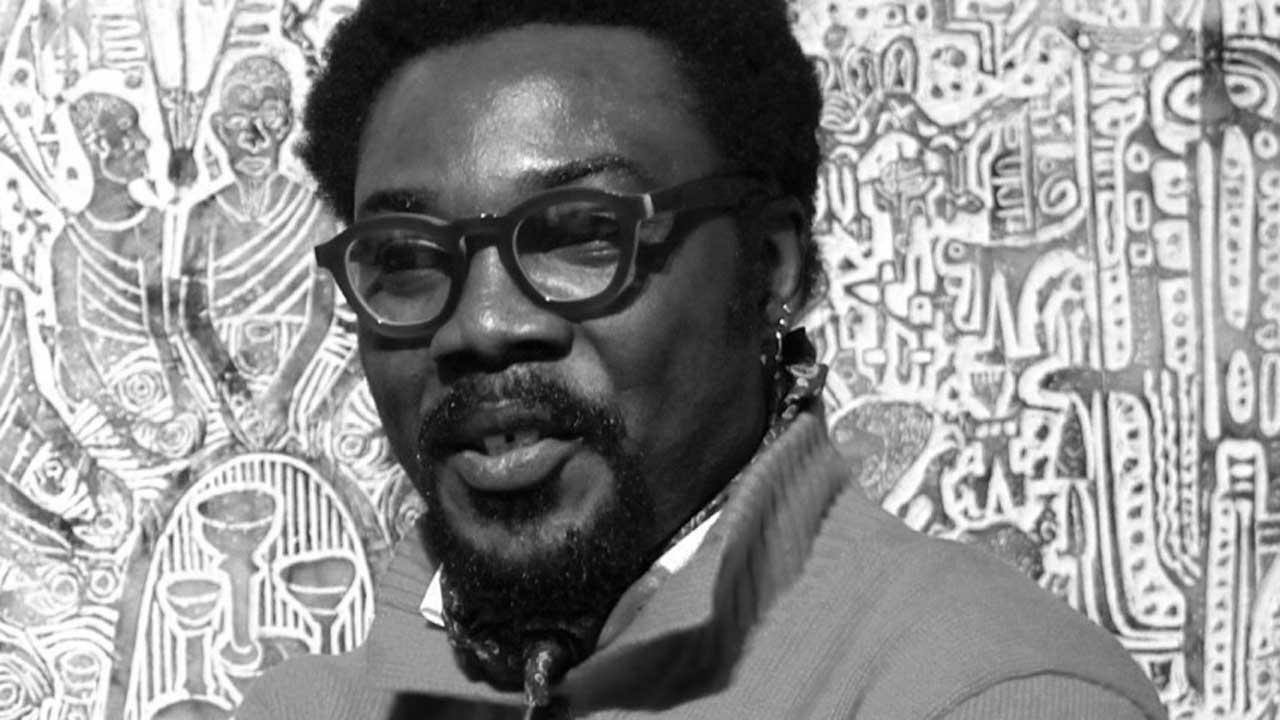 A cloudy sky that looks more like a rainy day greets me at the home of Ebikebina-Tantua Diseye in Port Harcourt.

We had visited the famous Garden City for the Port Harcourt Book Festival and with a strong nudge from colleagues we had also gone to see artist D’, Tantua.

Inside the apartment, the artist was busy tidying up the premises for one of his rare exhibitions.

Trying to be modest, the artist’s home was art in its entirety. Art as poetry and art in flight. The art was a recognizable narrative that Tantua transmitted from the doorway to her inner chambers. He offered his guests fabulous access to his home.

The vast reception room, filled with artwork, silverware, sculptures and everything was arty.

In an open room, right next to the door, was his e-bike. Tantua is a biker and a good biker. All he did was resist the attempt to turn his house into an e-bike hub.

“I want to dispose of it soon,” he said, pointing to a bike which he thought would have a market value of around 2 million naira.

“My studio also needs a facelift,” he jokes as he leads his guests through the house.

Since that chance encounter, I’ve attended a few of his shows and noticed his style, his artistry and his other facet, the power bike, which has also developed.

Born in 1974, Tantua is an accomplished multidisciplinary artist, who works in various fields such as painting, interior design, product design and fashion design.

From today he will be exhibiting his latest work, Highway Preachers, at the Alexis Galleries, Victoria Island, Lagos. This is his first solo exhibition in five years.

Building on her practice of exploring communication through the inscriptions found on transit buses and documenting this trend, Highway Preachers is a continuation of her 2009 exhibition Look & Laugh.

Its metaphorical themes express a cultural connection between Nigeria and Ghana, serving as both a memorial of culture and a means of communication.

Tantua draws on his childhood experiences in Ghana and Nigeria, “observing passages, proverbs and commandments written on commercial cars, trucks and buses known as ‘tro-tro’ in Ghana and ‘bolekaja’ in Nigeria”.

It is generally believed that this practice originated with the first missionaries, who traveled with their buses (boldly inscribed with the word “Missionary”) from one community to another.

Fascinated by these slogans, which evolved to include personalized and often humorous indigenous vernacular messages, Tantua recognized the power and impact they have in education and communication and began to record these trends on his web, documenting them for posterity and drawing our attention to the messages.

Alongside his artistic practice, Tantua is committed to promoting the cultural landscape, in recent years he has founded D-Artist Shrine, a space dedicated to the arts in Port Harcourt, Rivers State, Nigeria. He is currently the creative director.

Additionally, his ongoing project “Artists & Studios, Nigeria and Ghana” is designed as a traveling exhibition, video documentary and coffee table book. Recently featured as one of the top designers/product designers in a documentary, Made By Design’, (Episode 11) on Netflix International, he has also appeared on CNN Africa Avant-Garde and Reuters News, among others.

In Highway Preachers, the acrylic on canvas and oil on canvas works, with hastily sketched lines and rapid brushstrokes, depict forms of transit and movement. Unlike the vibrant, saturated colors found in Look & Laugh (2009), Tantua features works in neutral tones, monochromatic blues, black and gray. Themes of faith and optimism are always evident in this body of work, as Tantua includes planes with titles such as I Have A Dream & No Time To Dream Small. In works like VIP, the imagery was expanded to include other social groups in an effort to deepen the message and move the discussion forward.

“The brilliance of Diseye Tantua’s works lies in his presentation of complex societal issues in a style that allows audiences to engage according to their abilities,” says curator Ugonna Ibe. “Collectively, these 12 works speak to Tantua’s role as a storyteller and his quest to communicate profound messages and contribute to strengthening the social fabric.

As a painter, his strong personal style can be understood as an Afrocentric interpretation of pop art, complemented by indigenous proverbs inscribed in the vernacular. To date, he has won numerous awards and his works can be found in important collections around the world.

Alongside his creative practice, he is also a well-known male model for several major brands, as well as an influencer. Self-proclaimed “experimenter”, his brand name “D-Artist” aims to define himself simply as an artist while resisting strict compartmentalization as a fashionista, interior/product designer, painter, sculptor or graphic designer.

TANTUA’s many professional affiliations include the Society of Nigerian Artists (SNA), where he served as Vice President South East (2018-2021). Prior to this position, he served as the Rivers State Chapter President (2015-2018).

He is also a member of the Guild of Professional Fine Artists of Nigeria (GFA). In both organizations he continues to mentor many young artists and has strived to engender the highest standards of visual arts practice and teaching through exhibitions, workshops and seminars.

For his immense contribution to the growth of SNA and the visual arts in Nigeria, he was recently honored with a scholarship.

Additionally, his ‘Artists & Studios, Nigeria and Ghana’ is designed as a traveling exhibition, a video documentary and a beautiful book.

It is recognized today as one of the most complete achievements relating the professional life of artists in the region.

RECENTLY featured as one of the top designers/product designers in a documentary, Made By Design (Episode Eleven) on Netflix International, he has also appeared on CNN Africa Avant-Garde and Reuters News among others.

It also adopted WARIF (Women at Risk International Foundation) as a nonprofit foundation that would be supported as part of its efforts to give back to the society in which it operates.