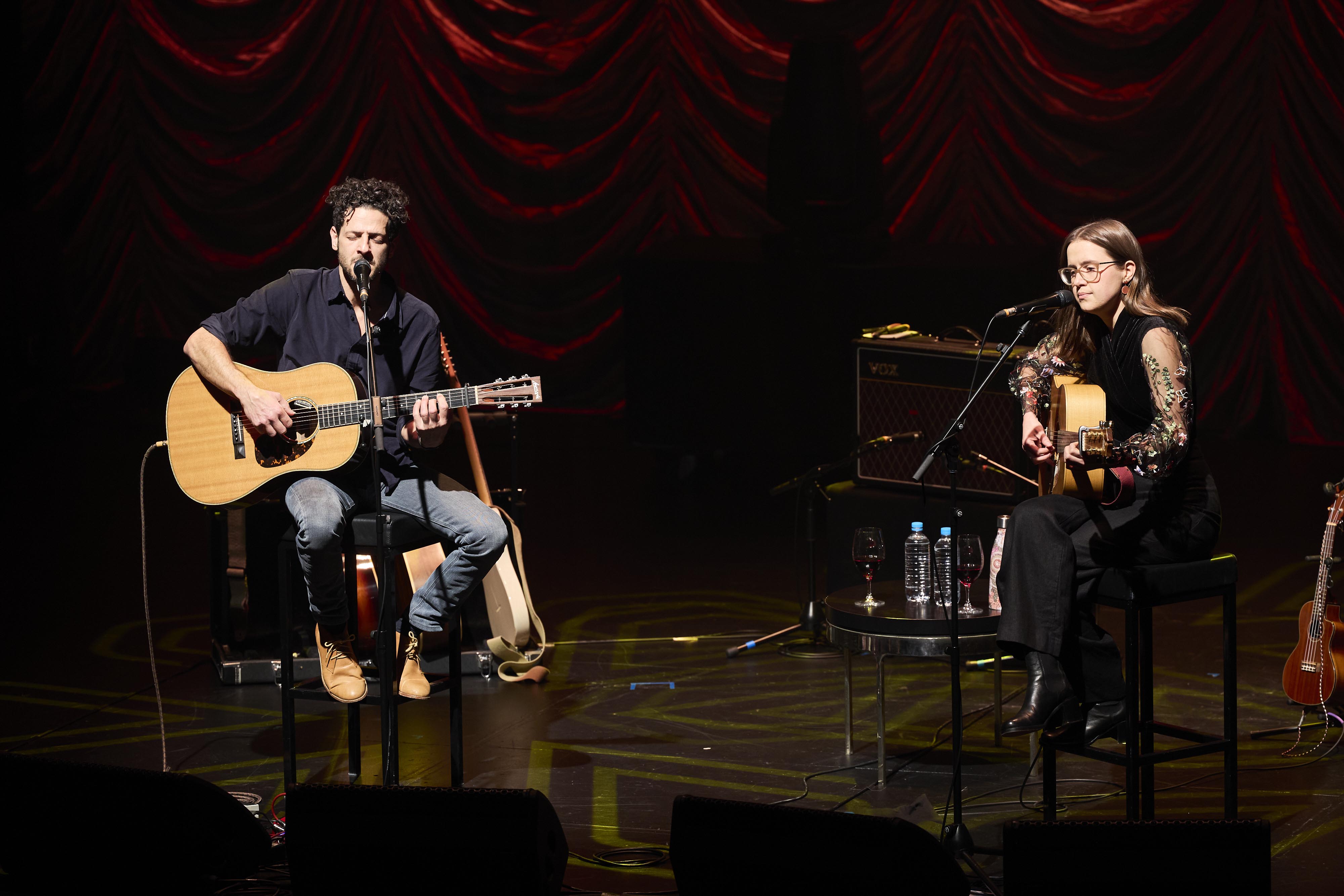 There was dust in the lights against a burnt orange draped curtain at the back of the stage as the relaxed crowd settled into their seats for this no-frills, conversational performance.

Lior and Domini were seated on either side of a small table, a set of guitars stowed beside them, greeting us with the observation that “the people who come to watch the cabaret are warm and friendly people”. It was certainly the sentiment reflected back and forth between the audience and the performers, epitomized later when Lior thanked the crowd for listening and a voice was moved to respond, “thank you youbefore the applause broke out.

A veteran of the Australian indie music scene, Lior rose to prominence with his acclaimed debut album in 2005. autumn streamwho perfectly captured the folk and roots embrace of this period of pop-minded melodies brimming with melancholic strings over painfully nostalgic lyrical worlds.

Since then, he has expanded his musical terrain with various classical and theatrical works. Most notable was the cycle of symphonic songs Compassion with composer Nigel Westlake, first recorded in 2013 and performed several times since, including at WOMADelaide 2021 with the Adelaide Symphony Orchestra.

Emerging Melbourne songwriter Domini Forster has released her well-received debut album Raven in 2017 and has been working with Lior for eight years now, playing first as a supporting actor, then as a backing vocalist. Forster eventually co-wrote and sang with him on the track “Where Will We Be” from Lior’s latest solo album, which also opened the evening’s set.

The two share an accomplished predilection for, by turns, warmly energetic and haunting vocals, expansive soundscapes and intimate storytelling. Each also had time to perform a few songs on their own, including Domini’s light touch on a ukulele and Lior expanding with sliding blues guitar over a suitably satisfying cover of “Satisfied Mind.”

Their songwriting collaboration began in earnest at the fateful start of 2020, a process that would produce the ethereal folk EP. hidden animal – their “lockdown project” – released at the end of last year. Notably, the project’s title track was actually composed before a global pandemic brought its theme into such inevitable relief.

The inspiration for these six songs, which featured prominently in this tight hour or two show, is the spirit of ’60s folk icons like Simon & Garfunkel. This lineage certainly shines through in both the recorded numbers and the live performances, with lush timbre and lilting melodies reaching into the suitably formal yet intimate space of the Dunstan Playhouse.

The musical emphasis on harmonic unity also echoes broader thematic concerns – relevant here as the tumultuous 1960s were – with ways to seek solidarity and kinship, or mourn their loss, amid of a complex, conflicting and often isolating time. The outside world is ever-present but invoked only momentarily, always channeled through interpersonal connections, as in the single ‘Gloria’ – a song about ‘first impressions’ and an elderly ‘exceptional woman’, Lior was walking home from the park one day “to make a comeback for the 6 p.m. news,” finding out about her life along the way.

A final encore rendition of “the first song we ever sang together” came full circle, perhaps ironically given its title of “I’ll Forget You.” But before that came the duo’s penultimate rendition of their EP’s opener, ‘Honest Mistake’ – a beautiful reflection on, what else, love as responsibility and redemption, relational , like “find someone who wants to take ownership of your problem”.

The late evening brought murmurs of appreciative disappointment from the stalls. “Oh, we love you too,” Domini replied.

Lior & Domini: Animal in Hiding played for one night at Dunstan Playhouse on June 23.

Increase your impact by doubling your donations

When you pledge to make a regular weekly, bi-weekly or monthly tax-deductible donation to InReview, each scheduled donation will be matched by Creative Partnerships Australia. That means you’re supporting twice as many InReview stories to order, edit, and publish.

This article is supported by the Judith Neilson Institute for Journalism and Ideas.

My days at The Vanguard with newspaper “godfather extraordinaire” Desmond Leong