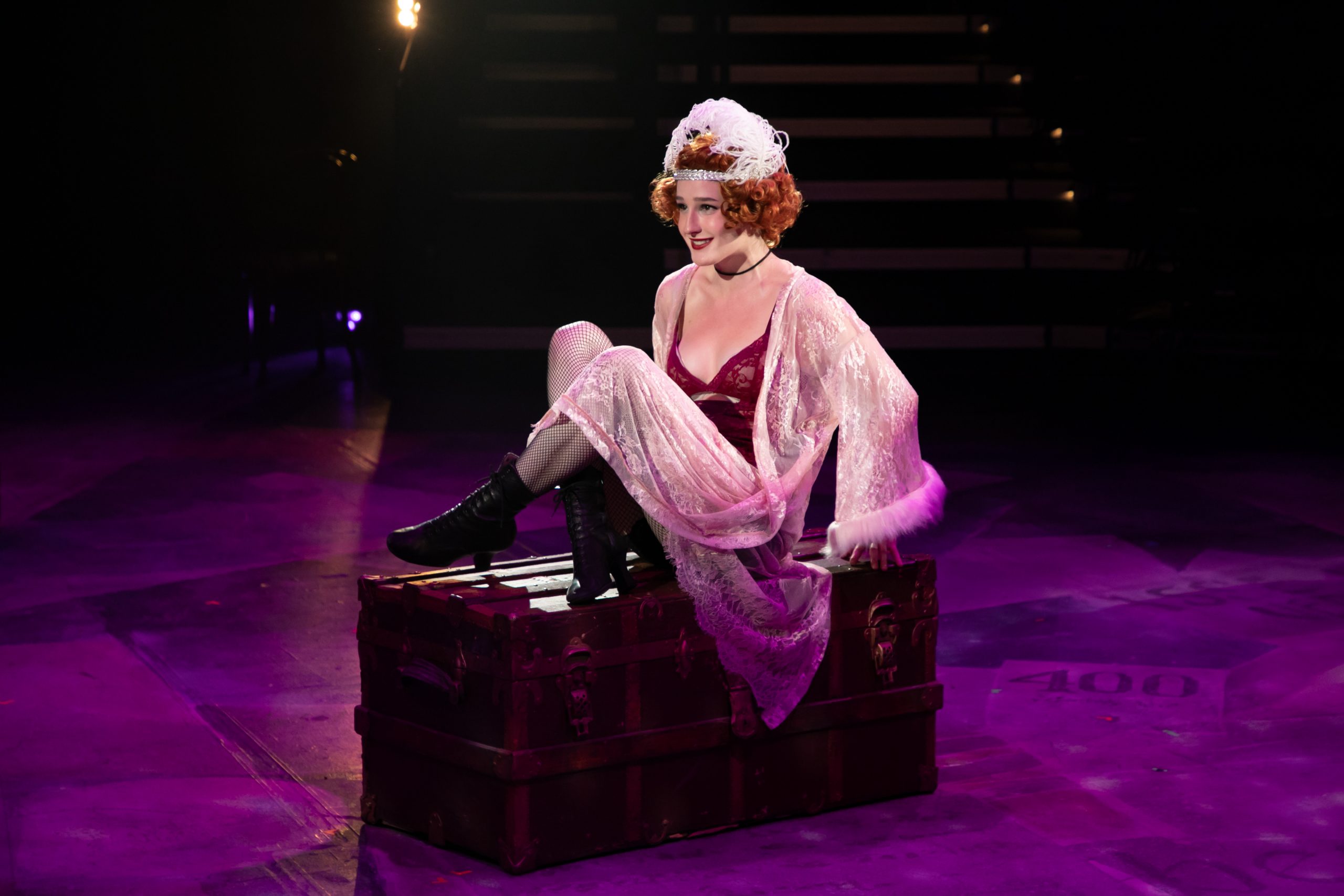 “Willkommen, Welcome, Welcome” to the UM Student Production of “Cabaret” at the Jerry Herman Ring Theater! If this show’s second weekend is anything like the first, viewers are in for a treat. Skillful choreography, exceptional vocals and moving storytelling characterize the show, which deserves no other label than “must see”.

For those unfamiliar with the story, “Cabaret” tells the story of Sally Bowles, a nightclub entertainer and aspiring actress, and Cliff Bradshaw, a struggling author, who meet in the Berlin of yesteryear. World War II, where they both hope to make it big. The couple fall in love, but Sally’s perpetual restlessness and Cliff’s desperate need for security create a tumultuous relationship for the two of them.

Meanwhile, Fraulein Schneider, their landlord, falls in love with Herr Schultz, a Jewish man who insists the Nazis won’t hurt him because he’s German first and foremost. These, along with several subplots, are narrated by the master of ceremonies, the host of the cabaret at the Kit Kat Klub, and the host of “Cabaret” himself.

For those of you who know the story, I won’t spoil it, but I promise this rendition is unlike any other. A surprising creative decision in the finale will leave you stunned, in tears, speechless, and/or unable to move from your seat. For me it was all four.

Michael Jenkinson, a guest director whose resume largely consists of choreographic positions, brought his own flair to the show with an emphasis on dance and movement. The result? A totally synchronous choreography that dazzled the eye while simultaneously embodying the emotion and meaning of “Cabaret”.

“I applaud the students here at the University of Miami who have shown great conviction, dedication, and excellent artistry in their approach to the creative process,” Jenkinson wrote in the note to his director. Jenkinson unfortunately wasn’t on hand to provide further comment, but his note expressed his pride and gratitude for the cast and what they’ve accomplished.

Although all the actors were amazing, there were a few standout performances. First – the master of ceremonies. Joseph Torres’ portrayal of the host can only be described as delightfully haunting. He was the devil on your shoulder and a mirror to society – both causing and condemning the evil that was brewing when the Nazi Party emerged. The theatrical adaptation in the round allowed him to connect with audiences, his piercing gaze forcing viewers to become part of the story, whether they wanted to or not.

Another highlight of this production was the performance of Samantha Yates as Fraulein Schneider. Yates has transformed into a lovable, sometimes strict woman who craves companionship but is blocked by fear.

She’s cautious despite her claimed laissez-faire approach to life, and Yates revealed her character effortlessly. A rich, throbbing vibrato and powerful beltline made Yates’ portrayal both pleasing to the ear and moving.

The third notable performance was a bit unexpected. Amanda Ribnick’s portrayal of Fraulein Kost was good throughout the show, but her performance of “Tomorrow Belongs to Me (Reprise)” was spectacular. Fraulein Kost isn’t a main character, so the fact that Ribnick was able to make such a lasting impact in this role is a testament to her incredible vocal talent.

And finally, I couldn’t talk about outstanding performances without mentioning Miss Sally Bowles, played by Jenna Hochkammer. Hochkammer captured the spirit of Sally Bowles at the T, and her most impressive achievement is that she didn’t act excessively. She was simply Sally Bowles.

And of course, his exceptional voice didn’t hurt. Hochkammer’s rendition of “Cabaret” elicited emotions ranging from pity to grief, hope to despair in just three and a half minutes.

My only criticism concerns the attempts at German accents. Playing Sally Bowles, Hochkammer had an easier time with the English accent, but the rest of the cast remained just on the cusp of a good German accent. It didn’t hurt the show though, so in the words of Fraulein Schneider, “Who cares? So what?”

Overall, the production of “Cabaret” was horribly moving, hauntingly beautiful and tragically, well, cabaret. If you like theater like me or just looking for something to do, “Life is a cabaret, old buddy, come to the cabaret.”

Professional credits for Cabaret are as follows:

Based on the play by John Van Druten

Who is the Egyptian billionaire who criticized Dbiebah? What is its relationship with Libya?