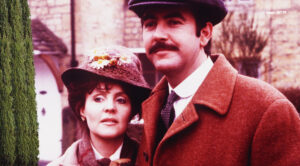 This celebrity tribute celebrates the career of Pauline Collins, an international star of stage, film and television for over 60 years.

Channel 5 has interviewed a multitude of famous faces, including stars, directors, collaborators, fans, friends, film and television critics, and those influenced by his work. Among those interviewed were Tom Conti, Simon Callow, Willy Russell and Nerys Hughes.

Interviewees share first-hand ideas and anecdotes, providing context and color to the stock footage. They choose their favorite moments and their memories reveal how Pauline shaped their lives, share private stories and pay homage to her influence.

The tone is emotional, festive and nostalgic. Filled with music videos and interviews, the documentary features highlights from Pauline’s most famous performances, such as Shirley Valentine, to lesser-known roles such as a 1960s film on the strip scene.

The program unites the nation in an appreciation of Pauline’s legendary performances, her fame and her bond with her fans. Pauline has graced screens in shows ranging from medical soap Emergency service 10 (MTB) to sci-fi drama Doctor Who both in its original execution and rebooted comeback (BBC) and in the period drama Up down (LWT).

Photojournalist Helane Blumfield picks her 2021 favorites from cabaret and concerts