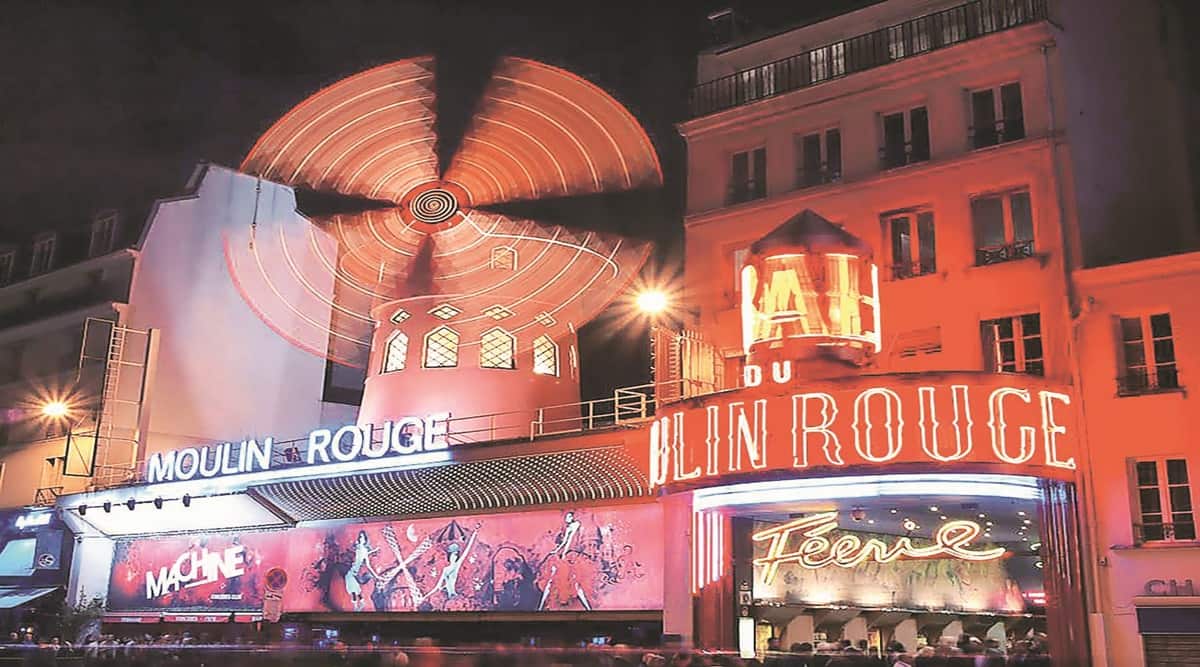 The subject of many paintings, the picturesque scarlet red windmill of Paris is now also the place for memorable vacations. Le Moulin Rouge unveils a secluded room inside the iconic red windmill which has been lavishly designed to transport guests back in time to the late 19th century. Very few know about the space inside the windmill, which was never open to the public and can now be booked for one night on Airbnb.

The room is for rent for three nights on June 13, 20 and 27. A romantic three-course rooftop dinner prepared by resident chef Arnaud Demerville, meeting with principal dancer and Airbnb host Claudine Van Den Bergh in her dressing room, and staying inside a sumptuous boudoir are part of the unique Parisian experience. .

This isn’t the first time Airbnb has offered such a unique experience. Last year in Chicago, the McCallister family home from the movie Home Alone was available in December. In fact, actor Devin Ratray — who played Kevin McCallister’s older brother Buzz in the film — was the host of the one-night stay. House of Gucci’s stunning villa was another, Bollywood icon Shah Rukh Khan and his wife Gauri Khan opened their home in Delhi in 2021. Barbie’s life-size Malibu Dreamhouse was available in 2019 for $60 a night . The iconic Malibu, California dollhouse celebrated the 60th anniversary of the Barbie brand. The home offered sweeping ocean views and glamorous seaside decor in Barbie’s signature style, in addition to a recreation room, home theater, infinity pool, and chill-out area. outdoor meditation, with every corner of the house meant to reflect Barbie’s life. Moulin Rouge was established as a dance hall in 1889, with a cabaret show which included the first performance of Cancan. It was damaged by fire in 1915, but has been restored and is still a performance hall today. The proposed space includes a “cosy boudoir” embellished with a small paper scene in homage to the cabaret spirit. A dress-up area includes vintage costumes, perfume and “effusive fan letters”. It also includes a roof terrace.

Located in the heart of Montmartre, Le Rouge is best known as the birthplace of the French Cancan, a deliciously energetic cabaret and iconic spectacle of the Belle Epoque. In recreating the decorative and stylistic details of this famous period in history, Airbnb worked with renowned 19th-century French historian Jean-Claude Yon to authentically renovate the windmill, exactly as it would have looked. “The Belle Époque era was a time when French culture and arts flourished, and no monument is more emblematic of this period than the Moulin Rouge. This secret room inside the cabaret’s famous windmill has was designed for an authentic journey through time to discover the French capital of the arts during a moment of history.”

The experiential journey is intriguing as it takes you behind the scenes, into the lives and times of favorite icons, popular culture, or shows like the Moulin Rouge while unveiling lesser-known nuances. For example, a guided tour of the mansions of popular icons like Jay Z and Beyonce, Melanie Griffith, Alfred Hitchcock, Cameron Diaz, Keanu Reeves, Leonardo DiCaprio and Halle Berry takes you into the world of stars, what they eat, sleep or celebrate. . The upscale Rodeo Drive, luxurious Beverly Hills, and Hollywood Hills in the United States are celebrity residences and a tourist attraction. An audio guide, map and tour booking app, Action Tour Guide is a GPS-based tour guide app that narrates location-based information to the phone as one experiences driving and walking tours of the places where these stars live, shop and party, and offer exclusive rides to popular mansions.

In India, Ramoji Film City in Hyderabad, a themed holiday destination with the world’s largest film studio complex spanning 2000 acres, offers special tours of all the behind-the-scenes action in Tollywood and Bollywood stars photographed in studios.