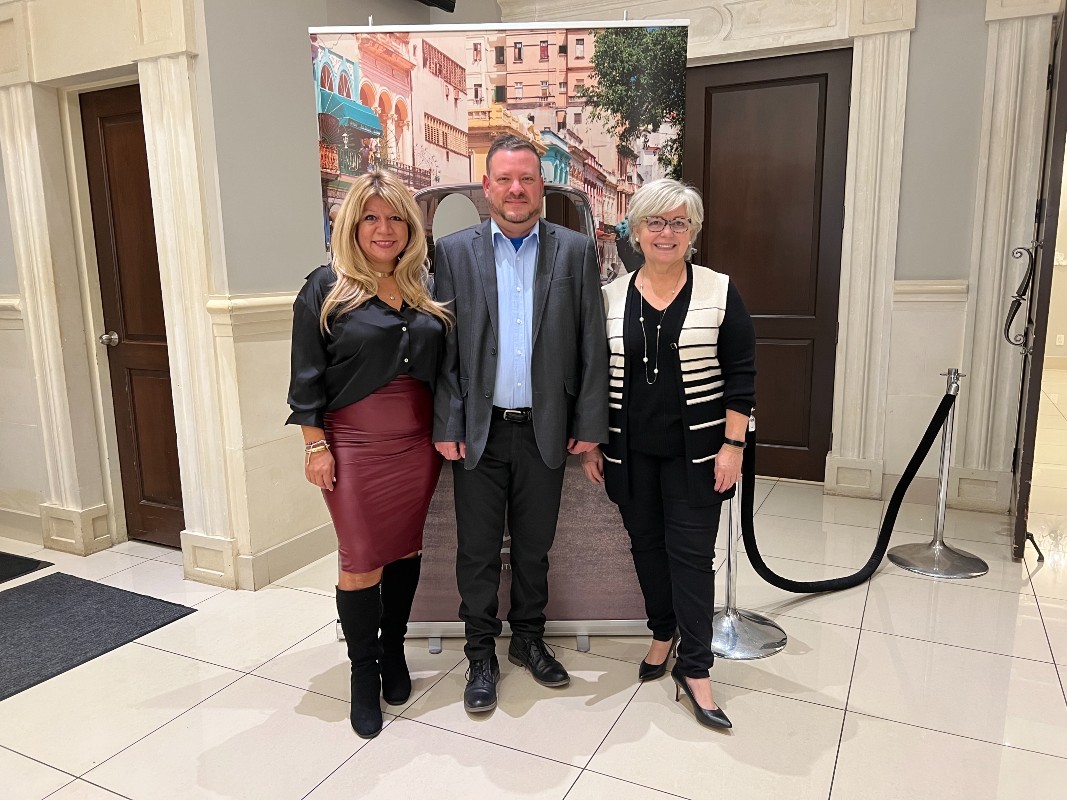 Cuba Tourist Board: ready for a successful winter season

The Cuban Tourist Board hosted nearly 200 travel advisors and industry executives on Thursday evening (October 20) at Palace of Weddings and Congresses of Treport in Toronto to update the industry on a “new and better Cuba”.

The evening continued with dinner and a presentation featuring live music from cuban salsa and dancers from Cuba who gave guests a taste of Cuban rhythms.

“It’s a beautiful and incredible evening” Lessner Gomez, director of the Cuban Tourist Board in Toronto, told the audience. “The country is emerging better and better, modern and sustainable, ready to host the Canadians for another successful winter season.”

As part of his thanks to the travel industry, Gomez shared that Canadian arrivals have increased to Cuba this year, totaling 340,876 so far, and that the winter season is expected to go the same way as in 2019.

In an interview with paxGomez shared that Cuba has used the past two years to improve tourism infrastructure, including renovating many hotel properties.

Since the start of this year, Cuba has lifted all COVID-related travel restrictions, and excursions and nighttime entertainment have resumed. The country is open and all facilities are fully functional, Gomez said.

Gomez shared with pax that the tourist board currently sees more than 100 flights per week from Canada to Cuba and expects this figure to increase further with continued trade support.

“It is very important to thank our Canadian tour operators and airlines for the support and hard work they have given Cuba during this difficult time, especially our travel agents,” he said.

Swoop Airlines will begin its seasonal, non-stop service between Toronto and Varadero on January 11, 2023.

Among the biggest improvements around the island are Wi-Fi and internet service. Gomez shared with pax that to date, Wi-Fi infrastructures have been installed in nearly 85% of hotels in Cuba.

Currently, more than 347 hotels offer free Wi-Fi access in their hotel lobby, pool areas and in some rooms. There is also free WiFi in most VIP sections of the airport.

By the end of 2023, 100% internet connectivity should be achieved, according to the tourism board.

Gomez updated the public on changes to the island’s currency, where the The CUC has been withdrawn from circulation and payment can now be made in resort areas with debit or with Visa credit cards (no cash).

Prepaid cards are available in most hotels and tourist establishments in Cuba for visitors who do not have a credit card.

Tourists only need the Cuban Peso (CUP) if they are traveling outside the tourist areas. They can exchange their Canadian dollars for CUPs at airports, banks, hotels and exchange houses (CADECAS).

The Cuba Tourist Board says arriving passengers in Cuba could become easier.

By using the new D’VIAJEROS websitepassengers will be able to complete the health certificate and customs declaration 48 hours before arrival, which will make the airport process more efficient.

Tourist cards are still distributed on planes. However, Lessner hinted that this may change soon.

This winter, there are new destinations and hotel openings in different parts of the country, including:

It was also announced that a hybrid Cuba Travel Specialist Certification Program will be launched in 2023.

Upon successful completion of the program, travel counselors will receive the following benefits:

A new app was also announced. It is expected to be released at the end of 2022.

This app serves as a tourist guide for clients and travel consultants to find out more about Cuba’s different destinations. With this application, they can build their itinerary, reserve tours, hotels, and other services, and make other reservations.

Launched earlier this year, the tourism board shared that a new marketing campaign will be in full swing by the end of the year.

UnicaCuba promotes the unique character of the country, its distinctive culture, its history, its traditions, its beaches, its nature, its safety and, most importantly, its unique people as the best ambassadors of Cuban tourism.

Throughout the campaign, Cuba aims to show how it combines tradition and modernity and is a warm and welcoming country for international tourists and business travelers.

Barbarella: Why the hell do we want a remake?