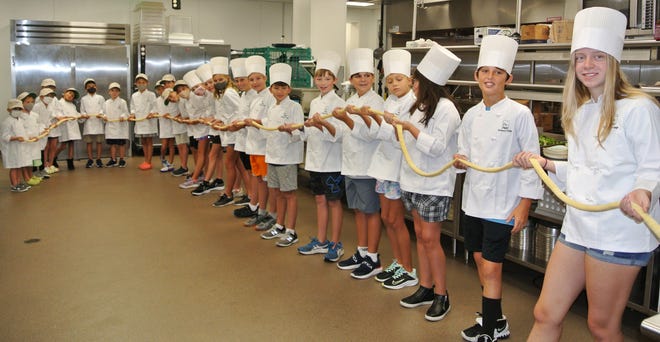 Enjoying a hobby to take care of yourself

Gardening, painting, learning to play the piano, tailoring, volunteering, collecting coins and building models are just a few of the hobbies people have engaged in during the pandemic. Recreation is essential self-care tools during times of extreme unemployment and underemployment, such as during the Great Depression and the Covid pandemic, according to a CNN report.

The Mayo Clinic has listed hobbies as a strategy for coping with the pandemic. Some of the many benefits include preventing depression, providing new experiences, improving self-esteem and memory, and being able to help others.

“In this time of uncertainty and instability, and of a world and existence we no longer recognize, people need an anchor in familiarity and what once brought them comfort, stability. , safety and happiness, â€said clinical psychologist Jeff Gardere.

I married a model railroader, aka a trainiac. My partner, the Binmeister, loved trains from a young age. I should have been careful when we met at graduate school and he told me about his initial training. However, my first thought was that I had a track under the Christmas tree and trains at home that might attract my new love. Unfortunately, my mother informed me that she had given my train to the little boy next door; my love married me anyway.

We have been transporting his hobby in one state of “construction” or another for many years. Working on his railroad has proven to be stress relief during the pandemic.

For those interested in relieving stress in â€œRiding the Rails,â€ the Pablo Beach Train Day will run from 10 am to 2 pm on Saturday, September 11 at the Beaches Museum and History Park. Activities include three configurations of working model trains, an exhibition of historic model trains and vintage cars, and the popular railless train that runs through the neighborhood. The museum’s 1911 steam locomotive, 1900 Florida East Coast Foreman’s House, and the Mayport depot with child-friendly layout will also be open.

The Binmeister will never give up his passion for trains. Nevertheless, he decided to try another hobby: cooking. He took over Rooney Bin’s kitchen with great enthusiasm and gave tasks to other family members. Bin’s daughter No. 1 is a sous-chef. I’ve been downgraded to the dishwasher and the “produce me onions” and “where’s the spatula?” ” searcher.

My preparation tips are usually ignored. While no one seems to be starving, my 54 years of cooking homemade food for this family apparently can’t compare to the recipes in the Wall Street Journal. However, I have grown to love my new role, which is to relax and effusively praise her culinary endeavors. As singer / Spice Girl Emma Bunton said, “I love a man who can cook.”

Sawgrass Country Club Executive Chef Michael Meuse calls the kitchen â€œteamwork! At the end of August, Meuse organized a three-day Culinary Academy for children at the Pub in the new Sawgrass clubhouse. Novice chefs learned the basics of food safety, hygiene and preparation, as well as where food comes from, nutrient content, and cooking organization.

On the last day, 24 young people donned tall chef’s hats and white coats to prepare and serve a special lunch for their parents. They lined up from smallest to largest to hold (without breaking) a 30-foot-long strand of rigatoni extruded from a pasta machine.

The young cooks served their parents a gourmet feast including a summer salad, braised rib gnocchi and an English trifle with strawberry sauce. A graduation ceremony followed.

Daughter No. 1 Rooney Bin’s hobby has always been music, singing and dancing. She danced through the pandemic, wearing a mask and gloves and doing bustle and salsa with regular lessons given by dance teacher Allan Alday, owner of Dance Alday Latin & Ballroom Dance Studio.

On August 6, Dance Alday hosted a dance party and ‘showcase’ featuring its students performing exotic dances such as bolero, hustle, foxtrot, salsa, rumba, samba, waltz and cha -cha. The evening started with a group lesson, followed by refreshments and a general dance. Next, Alday danced with each of his students, ages 12-16 and up. All received trophies for their talented performances.

For many residents of Northeast Florida, volunteering is a popular and fulfilling â€œpastimeâ€. On August 21, Kelly and Scott Gramling, Rachel DuBois and Kevin Padgett chaired the annual Angelwood: Soaring Possibilities celebration at the Sawgrass Marriott. The evening was a double success, staged in the hotel’s ballroom and broadcast virtually live from the organization’s Facebook page. The outfit was “Beach Chic” and included cocktails, an island hopping buffet dinner, dancing, a silent auction and a live auction conducted by auctioneer Jason Alpert and “Dan the Opera Man â€from Jax Beach Brunch Haus.

Angelwood, Inc. is a Jacksonville-based nonprofit organization established in 1993 to serve children, adults, the elderly, and families living with intellectual and developmental differences, such as autism, cerebral palsy, Down syndrome and spina bifida. Angelwood provides support to over 300 individuals and their families in residential group homes, supported jobs, adult day training programs, as well as vacation and summer day camps. Group homes located in residential areas of Jacksonville provide 24-hour awake surveillance.

The evening opened with welcoming words from presenting sponsor DuBois and Robin Wahby of Wahby Financial Group. The awards began with a standing ovation for staff at Angelwood’s six group homes. Firehouse Subs was named Sponsor of the Year and Michelle Mollenhour won the Soaring Possibilities Award.

Other Binmeister hobbies include growing herbs and collecting wine. They go well with his culinary hobby. To paraphrase chef Julia Child: â€œHe likes to cook with wine. Sometimes he even puts it in food.

A glass or two of wine also relieves the stress of cooking. One night before dinner he sank down in his chair with a goblet of his favorite red and sighed heavily.

“I don’t know what to do for dinner,” he moaned.

Jackie Rooney is a freelance writer living in Ponte Vedra Beach. Contact her at [email protected]

LIVE: PlayStation 5 back in stock with EE and John Lewis ‘reveal’ restock date