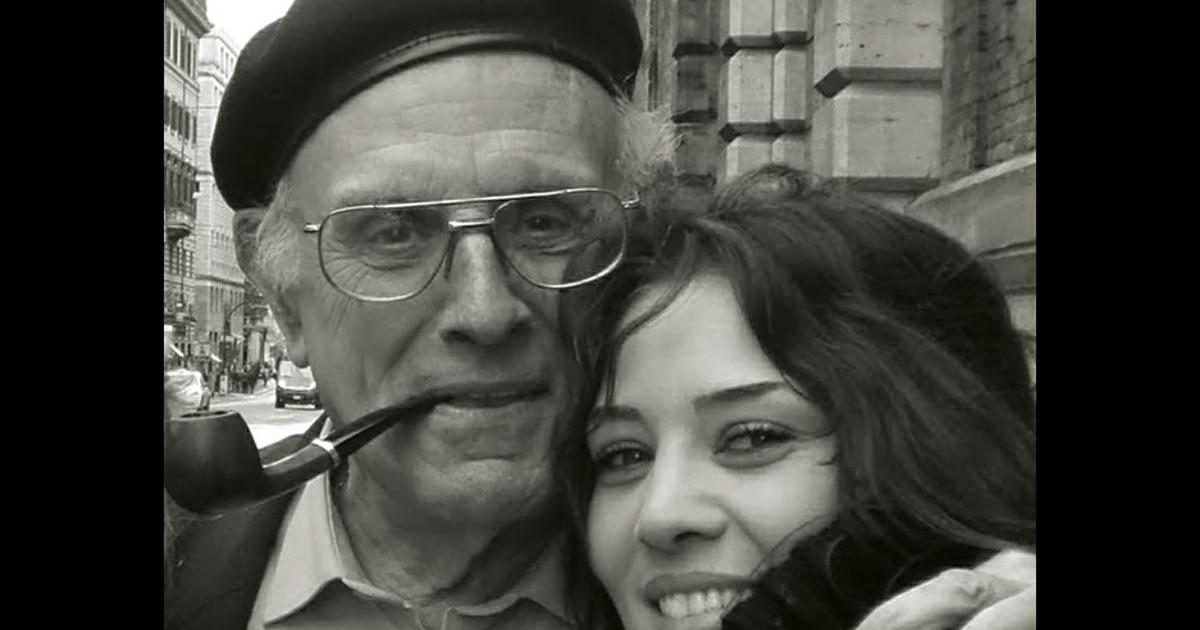 No words can ever do justice to the uniqueness of Father Marius Zerafa, OP. His spirit was renowned and his personality filled the rooms with the light and love he embodied so warmly. It’s no surprise that he regularly replies “If I got better, I’d be dangerous” when asked how he was doing.

My “ugly cousin”, as I called him, was brave and had a great sense of humor. Honest, humble, hard-working and endearingly hard-headed. He was inherently kind and empathetic by nature, never too busy for anyone who asked for his help, never expecting anything in return. He lovingly introduced me, saying, “He’s my favorite cousin.”

A conversation with him at the priory or in a nearby cafe was usually followed by a tour of his cell and studio which housed his works of art and “true fakes”, spilling out into the adjacent hallway. Visitors were greeted by a sign reading “Bless this mess!”. A free spirit with a magnificent soul, those who have crossed paths will surely agree.

Others who may not know him will notice that his formidable persona shines from the first pages of his as yet unpublished book, Memories, which he completed a week before his disappearance. His many accomplishments, vast and impressive as they are and have been, need not be repeated here.

My earliest memory of him as a little girl is when he helped my dad decide on the most appropriate place to hang a large picture at home. In the end, it was hung in the only suitable place available, above a fireplace, on the condition that we never had to relight the fire again.

I felt disappointed as I liked to roast chestnuts over the flames and thought it was cheeky of her to order us. At the time, I never imagined that, in the years that followed, he would become an integral part of my life – my teacher and mentor and, later, my rock and confidant – whom I loved to all heart.

It was that of my grandfather, Paul Boffa, the greatest admirer-Lara Boffa

We talked a lot and at length. Art, his “Ziju Pawl” and politics were always on the agenda. We became close when my late father first fell ill 20 years ago. He loved her very much and I think that’s when he decided to take me under his wing. I remember with emotion that we cleaned together old paintings on the surface, listening to Edith Piaf in the background.

When he traveled together, he always promised me “a VIP tour and the best ice cream in town” wherever we went. The many friends who have traveled with him know that a pair of good walking shoes is essential, as is the stamina to keep up with him.

More recently, his advice was most important to me. He never stopped thinking – worryingly sometimes – of everyone: his former colleagues at St Albert College, his fellow Dominicans, his family, his friends and his students from all over the world. He recited to them daily the prayers of Saint Thomas Aquinas.

He loved his Zerafa and Boffa families beyond measure and he would quote Dodie Smith’s play, Dear Octopus, if either of us acted. But his greatest passion was art: local and foreign artists, all the great masters and, above all, Caravaggio. He was the mastermind behind the successful recovery of Caravaggio’s St. Jerome which had been stolen from St. John’s Co-Cathedral in the 1980s. He risked his life and his sanity, and faced the threat of being kidnapped in the process, all for the love of art.

Malta is extremely indebted to him.

He was the biggest admirer of my grandfather, Paul Boffa. I believe my cousin was the truest “Boffa” of all of us. It is by virtue of his endless admiration and loyalty to his uncle that the related historical accounts have been rectified over the decades and the memory of Sir Paul Boffa lives on.

We managed to celebrate his 93rd birthday over dinner on October 13th. He didn’t want a big party but jokingly said he wanted to meet his parents and friends over a week of booze. Ninety-three and, nevertheless, younger at heart than I; there was half a century between us. Recently he has worked tirelessly on the restoration of Deporres Hall and his fraternity church in Sliema.

At the hospital, he told us he hoped to be home on Tuesday, due to his many commitments. He was right, he was back home on Tuesday but that’s because we met to sadly say our last goodbyes. There were more projects in the pipeline. “You still have to have chaos in yourself to give birth to a dancing star”, he said of Nietzsche, with his contagious smile.

There was a different glint in his eyes over the past few months. “I’ve lived a full life. No regrets.” That’s what he told me on what was to be his last day, his departure for “new pastures”. I’ll never forget what we said to each other during our last conversations and I will surely keep all the promises I made to him.

As usual, he looked me straight in the eye before I pulled away from his side, flexed his arm and clenched his fist – shaking it in a sign of his tireless strength. “Coraggio,” he said loudly. We hoped against all hope that he would return to what he always called his “normal abnormality” state, but our hearts told us otherwise.

“The house of my God.

“In the quiet light of eternal life.”

With deep love and gratitude to my dear naughty cousin. The life you painted for yourself was, indeed, a beautiful work of art. Hat.

Independent journalism costs money. Support Times of Malta for the price of a coffee.