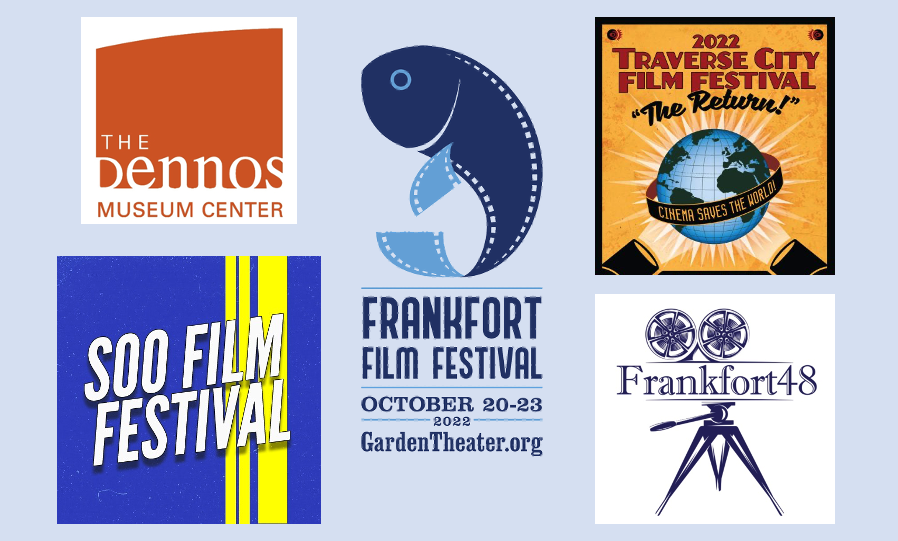 Do you like indies? You only have one weekend to catch up with the best of the year? Or just want to watch a movie on something other than your TV screen? Film festivals, one-off screenings and short films galore are coming soon to a bona fide cinema near you. Here’s where to go, and when, this summer and fall.

After two years behind a lowered curtain, the Traverse City Film Festival is on again. Now under new management – film veteran Johanna Evans heads up the festival – this summer’s “Just Good Movies” showcase will be slightly smaller and more spread out in terms of venues, but it still promises plenty of fun in bonus: many filmmakers and stars present, questions and answers after the screening, free panels on current topics (women, freedom; when Traverse City became Aspen; and racism in the north of the country), Mike’s Surprise, and more.

Audiences can expect more than 40 films scattered among downtown regulars like Bijou by the Bay, the State Theater and Open Space at Clinch Park, as well as on four screens within the AMC Classic Cherry Bloom 14.

As in the past, audiences will find many films dealing with politics and current issues, such as documentaries Lakota Nation v. United States, Kaepernick and America, Gabby Giffords won’t back downand mama bearwhich focuses on 32,000 mothers, many from conservative Christian backgrounds, who are fighting to build a better world for their LGBTQ+ children.

But humor, escapism and legacy are also part of the mix, as are classics like The Wizard of Oz, Harold & Maude and Inherit the Wind. You’ll also find not one but two programs of potentially Oscar-qualifying shorts and new dishes like Quicksandsa bromantic comedy made in TC about two groomsmen who lose their best friend’s wedding ring just before the ceremony.

Check the schedule and, if you’re not a TCFF sponsor or friend ($100 to $160 for non-students), you can buy tickets to the movies (Open Space movies are always free ) and parties at traversecityfilmfest.org.

Still at night: Hotels abound in this tourist town of Grand Traverse Bay, but if you want to walk to the State and Bijou Theaters, the historic Park Place Hotel, Hotel Indigo and Delamar Traverse City are the closest to the action and, as a bonus, also walking distance to the BATA bus station, where you can take a free, air-conditioned BATA Bayline shuttle to the AMC every 15 minutes.

In August, the Garden Theater in Frankfurt is again holding a flash movie making competition, Frankfort48, in which participants (anyone can be one!) receive a line of a movie, a prop, a NoMi location they must integrate and 48 hours to create their own 3 to 5 minute film. Admission is free and the winner, selected by a panel of film professionals, can win $1,000 and two VIP passes to the Frankfurt Film Festival in October. (A second prize of $250 and a third prize of $100 are also available. See gardentheater.org/frankfort48 for entry rules and to register.)

Audiences can watch completed submissions at Screening Under the Stars on Third Street, between the theater and the Frankfort Hotel, at 9 p.m. on Saturday, August 7.

The official selections for this year’s Soo Film Fest will be announced this week, but based on what this eclectic festival has brought since its debut in 2014, no one who likes to say “I saw it first” will be disappointed.

Designed as a showcase for independent and emerging filmmakers from the Great Lakes region, the festival is heavily geared towards short films – 2021 had over 70 narrative and documentary shorts, with just two narrative feature films (one was Stupid Frozen 2by Rich Brauer of Traverse City), four feature documentaries, 15 animations and, in a category we of the MTV generation would love to see more of, eight music videos.

It’s a film festival for the avant-garde, creatives and makers, and the old school, industrial town setting of downtown Sault Ste. Marie (on the Michigan side, not Ontario) suits him perfectly. The films will be screened at the Bayliss Public Library (where all screenings are free September 14-15), the Upper District Library, and the venerable Soo Theater. Parties and panels are also part of the package. See soofilmfestival.org for tickets and $50 weekend passes.

Still at night: You could easily pay less than $100 to stay at the Long Ships Motel, across from St. Mary’s River and the Soo Locks, but we also recommend The Hotel Ojibway, Trademark Collection by Wyndham, a laid-back hotel with more floors also facing the river (read: bigger views of big freighters) and more modern rooms. Both are within minutes of all sites.

Small but mighty, the Frankfurt Film Festival is a busy movie buff’s dream. It brings together 18 to 20 of the “best of the best” films – those already recognized by national and international festivals – and screens them for four days in late autumn in the beautifully renovated 1923-built Garden Theatre, a gem in unique screen that sits on Frankfurt’s main street (and right next to Stormcloud Brewing).

“It’s smaller and easier to digest, not overwhelming,” says general theater manager Katie Jones of the somewhat under-the-radar festival. “You can buy tickets for most movies on the day, but with its growing popularity, we recommend buying it in advance.”

Still at night: You’ll find 17 individually decorated rooms (and an on-site restaurant) at the boutique Hotel Frankfort, a one-minute walk from The Garden, or an array of standards and suites at the Harbor Lights Resort, a stone’s throw from Lake Michigan.

The Dennos | In progress

One of the best-kept secrets for documentary junkies is the free screenings at the Dennos Museum Center. Offerings shared by The Smithsonian Channel top the list thanks to the museum’s affiliate status with the Smithsonian Institution, and all are presented free of charge, usually with subtitles, and with a T-coil for the hearing impaired. (Additional arrangements for a sign language interpreter can also be made.)

Next month (August 17), The Age of Humans: Water brings a three-part series about how humans have transformed the planet’s land, air, and water, and what we’re doing about it.

On the agenda for the fall: Truly Amazing Items: Survivors (September 21) brings audiences closer to artifacts and animals that represent incredible stories of survival (e.g. how the idea of ​​camouflage was developed, a kite that helped America win WWII world and the race to save cheetahs from the brink of extinction). In wild Tibet (October 12) takes viewers to the Tibetan Plateau to see how its animals survive in one of the world’s most inhospitable environments. And Disasters at sea: the mystery of the arctic rose shows the final moments – and why – the trawler sank so quickly in the Bering Sea. See dennosmuseum.org/events/films for more.