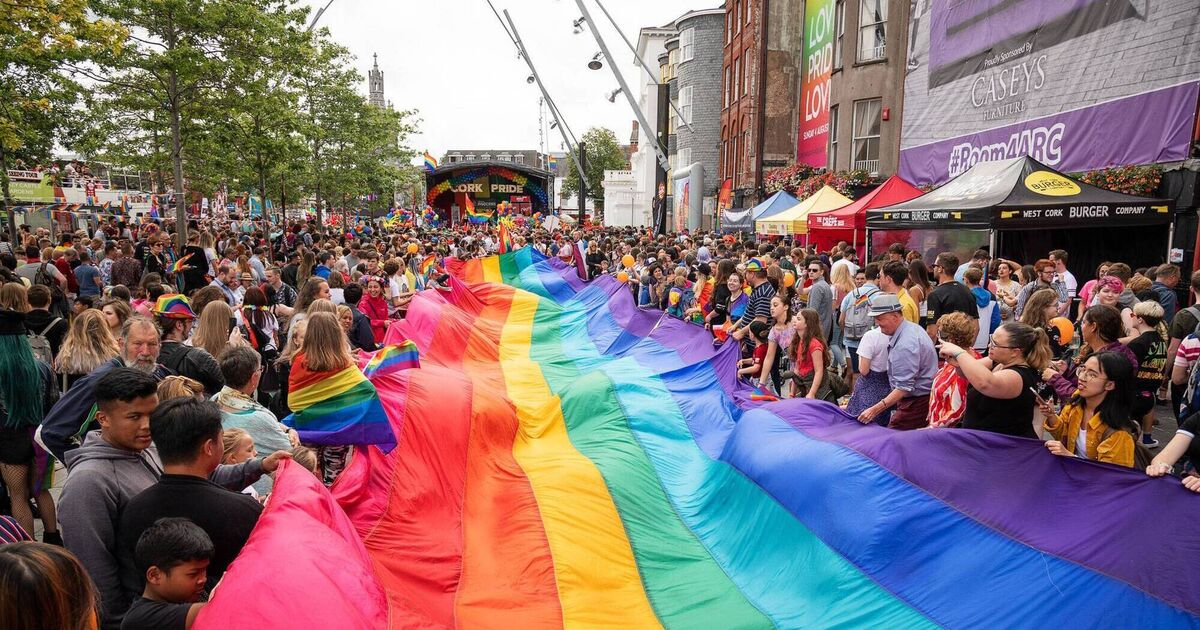 Cork Pride is back and this year there’s no shortage of events and performances throughout the star-studded week.

Over the past 16 years Cork’s much-loved Pride Festival has steadily grown in popularity and is one of Ireland’s premier Pride events. Whether it’s the party at the port, a drag race or participation in the parade, Cork Pride has something for everyone.

Cork Pride 2022 will take place from July 23 to July 31. If you’re one of the many planning to make the most of this year’s festival, here are some of the highlights you can head to.

On the first Sunday of Cork Pride, all ages can join in the festivities with a special day of family fun in Fitzgerald’s Park from 12pm to 6pm on July 24. Talent for a chance to perform at the Pride Afterparty (which takes place on Sunday, July 31) — and win €500.

The winner will be crowned the same day with plenty of entertainment expected for all ages.

Farmer from Galway and burlesque singer from the city of Limerick, comedy duo The Wild Geeze promise to bring music, humor and even a striptease to their open mic night at Poor Relation from 8pm until late Wednesday, July 27.

Combining Drag Race and Eurovision, this evening of guaranteed fun takes place on Thursday, July 28. Hosted by Ronan Leonard and Paul Ryder, the party starts at 8 p.m. in the Poor Relation. Proceeds from the event are donated to the LGBTI+ Youth Project.

The two-hour event will feature renowned queens Crystal, Sister Sister and Anubis along with music from DJ NatMac and plenty of on-track battles. If that’s not enough, they’ll also be joined by burlesque and drag talent from across the country.

Taking place on Cyprus Avenue, doors open at 10pm and as of writing, standard and VIP Meet and Greet tickets are available.

On Sunday July 31, the beautiful and colorful Cork Pride Parade will gather on Grand Parade from 1pm before heading through town and arriving at the afterparty venue. Community groups are currently being invited to apply to participate in this year’s parade which will be followed by the popular Fête au Port.

Party at the Port

After the parade, this year’s Fête au Port promises to be an event not to be missed. Headlining Girls Aloud’s Nadine Coyle, the free festival kicks off from 3pm at Kennedy Quay. The Girls Aloud star will also be joined by Brooke Scullion, who represented Ireland at Eurovision earlier this year with her song ‘That’s Rich’.

Other performers on the day will include Mia Gold, The Guilty Judges and Sparkle, who got engaged at last year’s event by the Lees.

Admission is free for this event, which is expected to end around 8 p.m.

Mockie Ah is hosting her own Pride party with plenty of performances and special guests including Kevin Twomey and PJ Kirby from the popular i am a grandmother podcast and legendary duo, The Cheeky Girls who promise to showcase the best of their hits.

Hosted by drag queen Candy Warhol, the evening will be filled with these and other performances as well as plenty of games to keep the party going.

If the hottest Cheeky Girls hits aren’t enough, there will also be sets from DJ NatMac with a mix of pop, disco and house – so there really is something for everyone.

Karen Mason will present 30…. AND CASH at Birdland in August