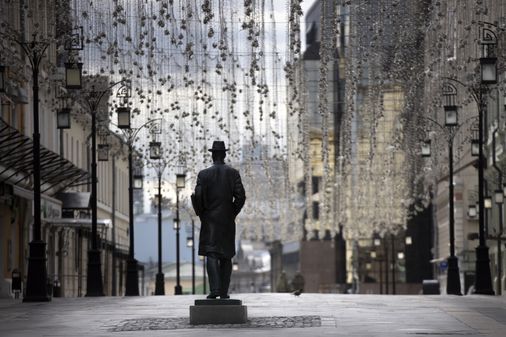 How “Russian” is Russian music?

Many foreigners (and insiders) make the same mistake as Lean producers when looking at Russians and Russian culture, including music. They proceed from certain narrow presumptions about “Russianness”. Not all Russians are blond like Putin. For many centuries, Russia was a huge multicultural empire encompassing not only a vast territory (today still the largest country in the world by far in area) but also hundreds of different ethnic groups, with different languages, religions and different musical and cultural traditions. Of these, by far the largest and most important were the Ukrainians, until they voted for independence from Russia in December 1991.

Get the Big Task

Your guide to staying entertained, from live shows and outdoor entertainment to what’s new in museums, movies, TV, books, restaurants and more.

What does this mean for Russian music, which has long been an integral part of the repertoire of the Boston Symphony Orchestra and many other orchestras and opera companies in the United States, Europe and Asia? This means that Russian music (much like American music) comes from a melting pot, having absorbed many different influences and traditions: Orthodox liturgical music originating in kyiv in the 10th century; folk music from many diverse groups; the European classical tradition (first German, then French); the exotic “Orientalism” of the Caucasus and Central Asia.

Among the most popular pieces of “Russian” music, heard over and over again on classical radio, are the “Polovetsian dances” from the opera “Prince Igor” by Alexander Borodin, illustrating the rejoicings of the pagan Tartars in what is today southern Ukraine. (Borodin’s father was a Georgian prince.) Or how about the beloved “Saber Dance” from the ballet “Gayane” by Aram Khachaturian, an Armenian composer who grew up in Georgia and studied in Soviet Moscow? Sofia Gubaidulina, perhaps the most important “Russian” composer alive today, and a frequent guest of the Boston Symphony Orchestra, grew up in the Tatar city of Kazan, the daughter of a Russian mother and a Tatar father .

The ties between Russia and Ukraine in musical life have been close and complicated. Orthodox liturgical music migrated from Kyiv to Moscow after the Tartar invasion of the 1200s. Later, the Baroque musical style entered Russia via Ukraine from Poland in the 17th and 18th centuries. After most of Ukraine came under Russian control in the 18th century, Ukrainian musicians and composers worked in Moscow and Saint Petersburg, and Russian musicians and composers lived and worked in Ukraine. But the Tsarist government suppressed the use of the Ukrainian language and the growing nationalist movement in Ukrainian culture. The use of the terms “Ukraine” (“Ukraina”) and “Ukrainian” was actually prohibited. Instead, Ukraine was officially called “Little Russia” (“Malaya Rossiya”).

Tchaikovsky, whose “1812 Overture” and “Nutcracker” are essential to the American symphonic and ballet repertoire, spent long periods in Ukraine. In 1864, he composed his first major symphonic work, the overture “The Tempest”, in a mansion in the village of Trostyanets. A statue of Tchaikovsky stands in the city’s central park. Unfortunately, Russian forces recently destroyed the house on their march to Kharkiv.

Later, Tchaikovsky spent many summers in the idyllic setting of his sister Alexandra’s estate at Kamianka (Kamenka in Russian) in central Ukraine. He has written many major works there, including two performed by the Boston Symphony this season. Symphony No. 2 incorporates many Ukrainian folk tunes and was given the (now embarrassingly) title “Little Russian” by a Russian critic. In 1879-1880 Tchaikovsky wrote most of his second piano concerto at Kamianka, which became something of a second home and refuge for the chronically wandering composer.

To his brother, Tchaikovsky writes: “Kamenka as such, the Ukrainian element, the smell of the Tyasmin river and the factory, the dialect of the people… Kirila the coachman, Selifan the cook — all this is pleasant to see and hear. ”

Sergei Prokofiev, creator of the ballets “Romeo and Juliet” and “Peter and the Wolf”, was born in Ukraine, in the village of Sontsivka (Sontsovka), in 1891, and spent his childhood there. While a student at the St. Petersburg Conservatory, he returned there every summer. Prokofiev’s parents were Russian; his father, an agronomist, manages a friend’s estate. A tutor imported from kyiv gives the young Sergei his first serious lessons in composition. Every morning, Prokofiev swam in the nearby river. Although he later admitted that he found life in the Ukrainian countryside a bit boring, he incorporated memories of his early years into several compositions, including “Tales of An Old Grandmother” and the opera “Semyon Kotko “.

In 1967, a Prokofiev Museum was established in Sontsivka, just 30 miles west of Donetsk, now the capital of the Russian-occupied Donetsk People’s Republic. A gleaming new airport terminal – Sergei Prokofiev Donetsk International Airport – had been built in Donetsk shortly before fighting broke out between Ukrainian and pro-Russian separatist forces in the region in 2014, but pro-Russian forces Russians completely destroyed it after a heroic defense that lasted 10 months.

How can the deaths of countless innocent civilians living in Ukraine and the senseless destruction of a monument honoring one of Russia’s greatest musical and cultural figures advance the cause of Putin’s “Russian world”? Prokofiev, who abhorred violence and suffered personally and creatively during the Stalin years, would surely be appalled to see the devastation brought to his Ukrainian homeland by Russian soldiers and bombs.

Harlow Robinson is professor emeritus of history at Northeastern University and author of “Sergei Prokofiev: A Biography” and other books.

Hawksley Workman emerges from pandemic healthier and ready to rock