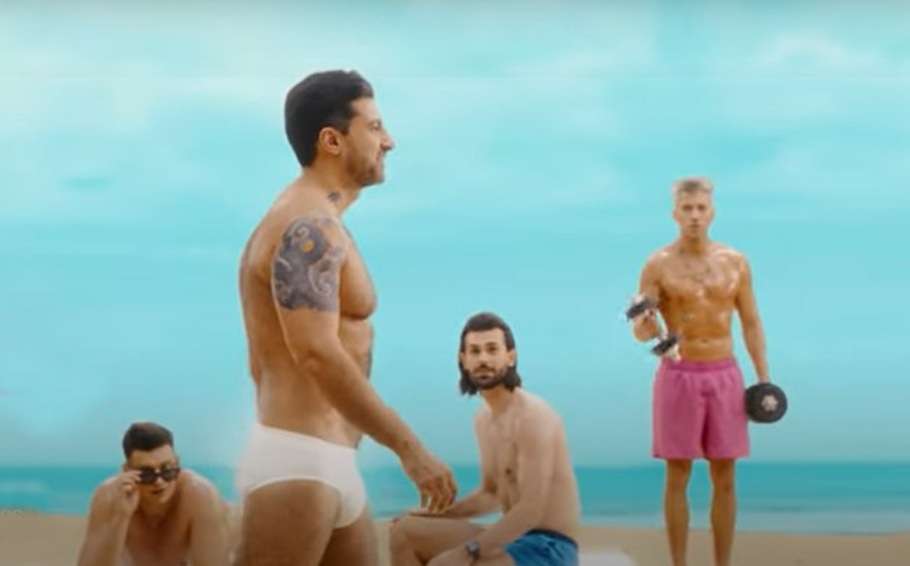 “I’m not gay” in Russia reinforces stereotypes about phobias

Reality TV-show I am not gay, hosted by Vitaly Milonov, the politician behind Russia’s “anti-gay propaganda” laws, intends to denigrate gay people. But the show actually tends to reinforce stereotypes about homophobes. You know. Like this they all secretly gag for the dick.

Scroll down for the homoerotic opening credits.

I am not gay features eight male contestants, seven supposedly straight and one gay. Men are responsible for identifying the homosexual. At the end of each episode, they vote for who they think it is. The man with the most votes is eliminated and the show ends when the other contestants finally identify the gay. Competitors remaining at the end share a prize pool of 2,000,000 rubles. Don’t get excited. It’s less than 40,000 Australian dollars.

I watched the first episode. I am not gay lacks captions and the only Russian I know is “дай мне 5000 рублей и не кончи мне на волосы”.

But the visuals tend to speak for themselves. To help the contestants judge the heterosexuality of their fellow contestants, the producers arrange small segments eerily reminiscent of Drag Race mini-challenges.

Yes! There is usually a scantily clad Pit Crew and lunch in addition to the odd Svetlana. Apparently, the producers think that Russian homophobes enjoy watching muscular men in their underwear. Who thought it?

So instead, producers offer contestants lap dances from randomly chosen male and female exotic dancers. Another segment features large photos of male faces with gloryholes embedded in their mouths. Competitors plunge their fists into the hole and quickly try to feel the model on the other side. After a momentary groping of a bare ass, contestants must identify it as male or female. And boy, isn’t it Vitaly Milonov laugh when they are wrong. Although we’re starting to wonder if he’s laughing or reacting to his remote-controlled vibrating butt plug.

It’s very strange. But I’m a skeptical viewer of reality TV. Too many curious judging decisions on RuPaul’s Drag Race. To make money, producers need the show to last as many episodes as possible. They are unlikely to risk premature death elimination. I bet there are very few men left standing when they identify the only honest homosexual among them.

forcing me to stop watching russian show “im not gay” but those opening credits SENT me pic.twitter.com/Es0WX8yPjM

For the latest lesbian, gay, bisexual, transgender, intersex and queer (LGBTIQ) news in Australia, visit qnews.com.au. Consult our latest magazines or find us on Facebook, TwitterInstagram and YouTube.