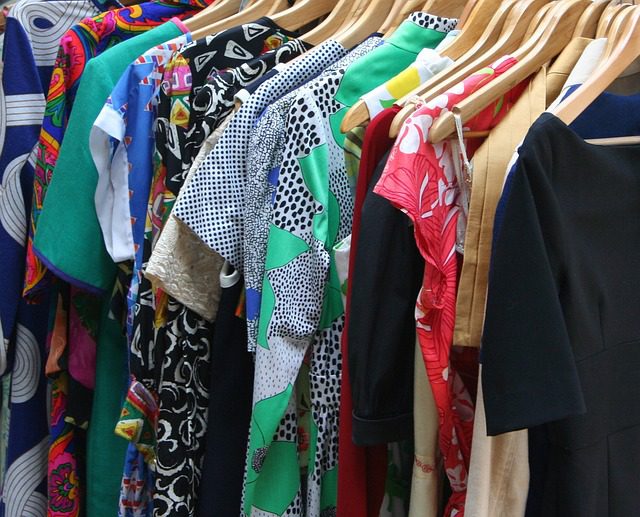 It wasn’t about modest dress

The first time I was touched in a sexual way, I was eight years old. A disgusting boy named Wesley at Catholic school liked to tease me about us being a couple. I hated him. I tried to avoid him, but there was nowhere to hide in the classroom. If I left the classroom, I would be punished. One afternoon during arts and crafts, Wesley strolled by my desk and gave me a wet kiss on the cheek. The other kids made gagging noises and Wesley had his name written on the board in disgrace.

Later that year, a boy and a girl from my office group waited for the teacher to come out of the room. I don’t think teachers ever leave kids unsupervised these days, but in the early 90s, at this Catholic school, it was perfectly normal for a teacher to leave the classroom unsupervised and go to the principal’s office to use the photocopier. When the teacher left they said “show us your underwear or we’ll tell Mrs. Smith you did something wrong and you’ll be in trouble”. And I did it, because I was afraid of getting in trouble with the teacher.

After the slip incident, I also wore modest gym shorts under my modest uniform sweater, but that didn’t help. The next time that boy and girl made that threat, they made me take the shorts off.

The first time I was criticized for what I wore, I was nine years old. I was going to a classmate’s birthday at DZ in the fashionable little girl’s outfit of the moment: neon leggings and a matching top not very long in the back. My dad assessed my outfit, turned to my mom and asked, “If she was older, would she be allowed to wear something like this?” I didn’t know what he meant. I had no idea that legs and buttocks were sexual. I don’t think I had a concept of “sexual” at all. I just knew leggings were cool and I was excited to go to DZ.

And nothing bad happened to me in DZ. Nobody bothered me because I was in leggings. I enjoyed the game. I had a party favor bag with candy buttons and a candy necklace to take home; I ate the candy from the string around my neck in the back of the mini van. It was a good day.

The first time I was criticized for a bathing suit was this same year or very close. I swam in my grandfather’s pool with my siblings. I got out of the pool to do a cannonball jump into the deep end, and my mom told me that I shouldn’t get out of the pool again without putting my shorts back on. I jumped into the pool obediently, but a moment later I forgot his instructions. I went out to get a Popsicle from the bath house freezer. My mother pulled me aside and sternly warned me not to walk around in this bathing suit. She would get me a new one this week. She hadn’t realized how much I had grown; the suit was too low cut to be modest for my developing legs.

Nothing bad happened to me that day, or at least nothing worse than my mother embarrassing me. I ate my popsicle and went back to the pool and had fun until dark.

A year or two later, when the emotionally abusive bully of a gym teacher from another Catholic school made me stand on my head in gym class without warning me to tuck in my shirt first, all the fourth year had an accidental striptease. I was wearing a long t-shirt, baggy knee-length shorts, and white sneakers with rainbow laces.

“I saw your boobies,” one of the girls teased later in the locker room, but that wasn’t the case. I had no boobs at all at that age.

When I started getting boobs, we were homeschooled in a stuffy conservative homeschool group. I wore modest skirts and sweaters to daily mass, but always wore jeans or denim shorts underneath so I could take off the hated picky clothes and go play. And nothing happened to me – neither in my modest sweaters, nor in my jeans and shorts.

And then I grew up.

When I was raped I was in my own bed, wearing frumpy pajamas, weighing over two hundred pounds, nine months pregnant and having labor.

A few years later, on a sweltering summer afternoon, I drove downtown to deliver bottled water to the homeless in the Friendship Hall. I was in capri pants and a tank top because it was too hot. I carried the bottle of water from the bus stop three blocks to a seedy part of town and nothing happened to me. Nothing at all. If people noticed me, they just said “hello”.

After dropping off the water, I wanted to go to the nearby church and pray, but the church had a dress code. Shoulders had to be covered and no shorts were allowed, not even the long type. So I went to the thrift store and spent a dollar on a long skirt and a three-quarter sleeve blouse. I put them in the bathroom of the church social hall and went to the chapel to pray. I returned to the bus stop in my modest new outfit.

A man was waiting at the stop.

“You are beautiful!” said the man, and I didn’t like it.

He started complaining about the beauty of my hair and my outfit. And then he invited me to his house and described the kind of sex parties he liked in embarrassing terms. I stammered that I was married and he started teaching me how to flirt with my husband, in even more embarrassing terms. I was afraid of what the man would do if I tried to stop him from harassing or ran away. There was nowhere to run. I had no way to defend myself if he decided to do more than talk. So I just stood there, smiling and nodding, wishing the bus would come. When he arrived, he got on the bus in front, so I went all the way to the back. He was still there when we got to my stop, and I didn’t want him to follow me home, so I drove to another stop and took another bus home me.

On social media yesterday, a Christian pastor tweeted a well-worn adage about how women should keep their dress modest to prevent their brothers from sinning.

Personally, I came to a different conclusion.

The victim does not choose sin. That’s not how sin works.

There was never any question of clothing.

Mary Pezzulo is the author of Meditations on the Stations of the Cross and Stumbling in Grace: How We Meet God in Tiny Works of Mercy.
Steel Magnificat works almost entirely on points. To tip the author, visit our donation page.

Ludlow beer lovers gear up for a heady beer