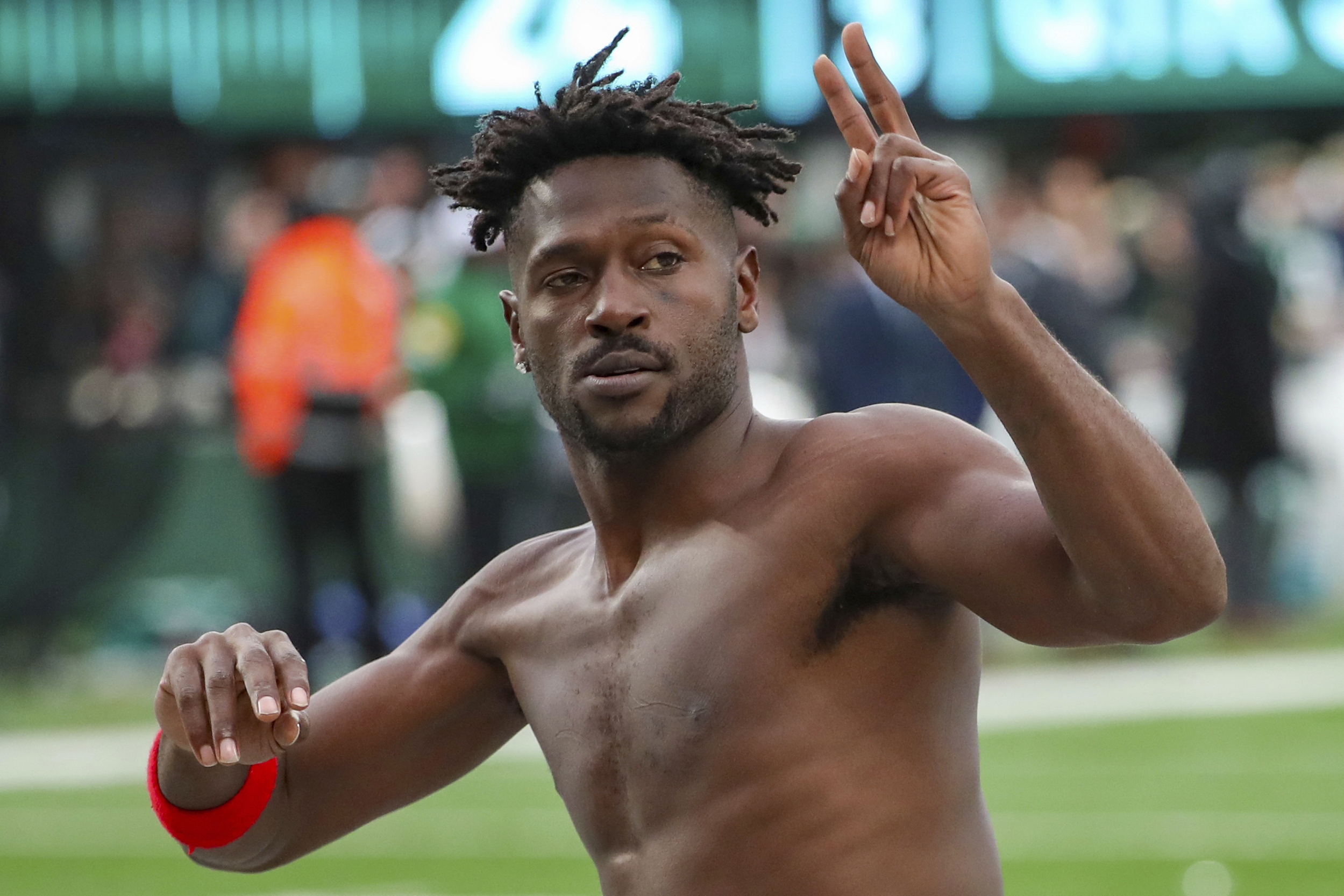 Antonio Brown, then wide receiver for the Tampa Bay Buccaneers, waves to the crowd as he leaves the field on January 2, 2022, in East Rutherford, NJ (Andrew Mills / NJ Advance Media via AP)