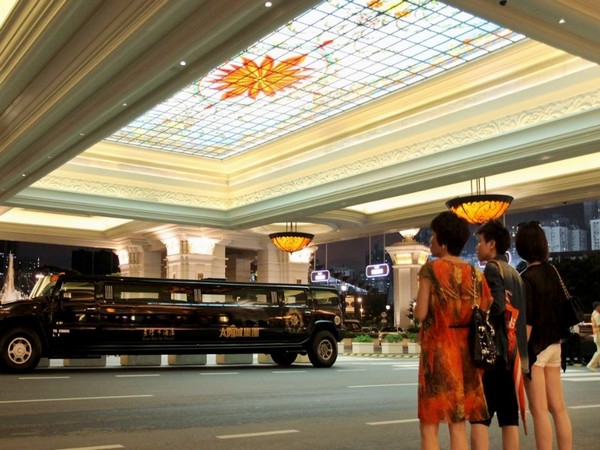 By
beijing [China]July 7 (ANI): Alvin Chau, former boss of Macau’s Casino Junket in China, defrauded the government of $1 billion in tax revenue, a news outlet reported citing the official indictment.
Alvin Chau, who is the 48-year-old founder of Suncity Group, along with 20 other senior executives ran a vast criminal syndicate, Asia Nikkie reported.
Chau was arrested in November on 286 criminal charges, including fraud, money laundering and illegal gambling, and could be jailed for decades if convicted. His trial will begin on September 2.
A 224-page indictment dated May 24 accuses the former casino boss and other executives of initiating a vast criminal conspiracy that defrauded some 8.2 billion Hong Kong dollars (1.04 billion dollars) of tax revenue from 2013 to last year using the business as a hedge. , he added.

The indictment read: “Chau used the name of Suncity Group and Suncity VIP Club and disguised it as a long-term, organized and very stable business in Macau. The main purpose of the group was to achieve illegitimate profits.”
The allegations against Suncity Group claim that under-the-table bets were made in the casino with the aim of multiplying the original bet by 20 times or more.
“When a player bets 10,000 yuan (1,500 USD) on the table, he simultaneously bets 20,000 yuan ‘under the table’… If the customer wins, the casino will pay him 10,000 yuan and the company will also pay him 20,000 yuan, however, if the customer loses, he must refund 10,000 yuan to the casino and also 20,000 yuan to the illegal gambling group,” the indictment added.
The allegations also claimed that illegal gambling activities were taking place in more than 200 VIP rooms owned by Macau casino operators.
Gambling Inspection and Coordination Bureau (DICJ) says six licensed gambling operators in Macau lost around HKD 2.08 billion in gambling revenue and Chau operations made a profit of UKD 21.5 billion between 2013 and 2021.
Chau’s attorney and the Macau Procuratorate did not comment on the indictment.
An investigation into the group’s links with other casinos in Australia and the Philippines has been conducted, and Crown Resorts and Star Entertainment Group, two major gaming companies in Australia, have changed CEOs, Asia Nikkie reported. (ANI)

‘Elvis’ is the king as he deserves to be seen

Life is a cabaret | AspenTimes.com