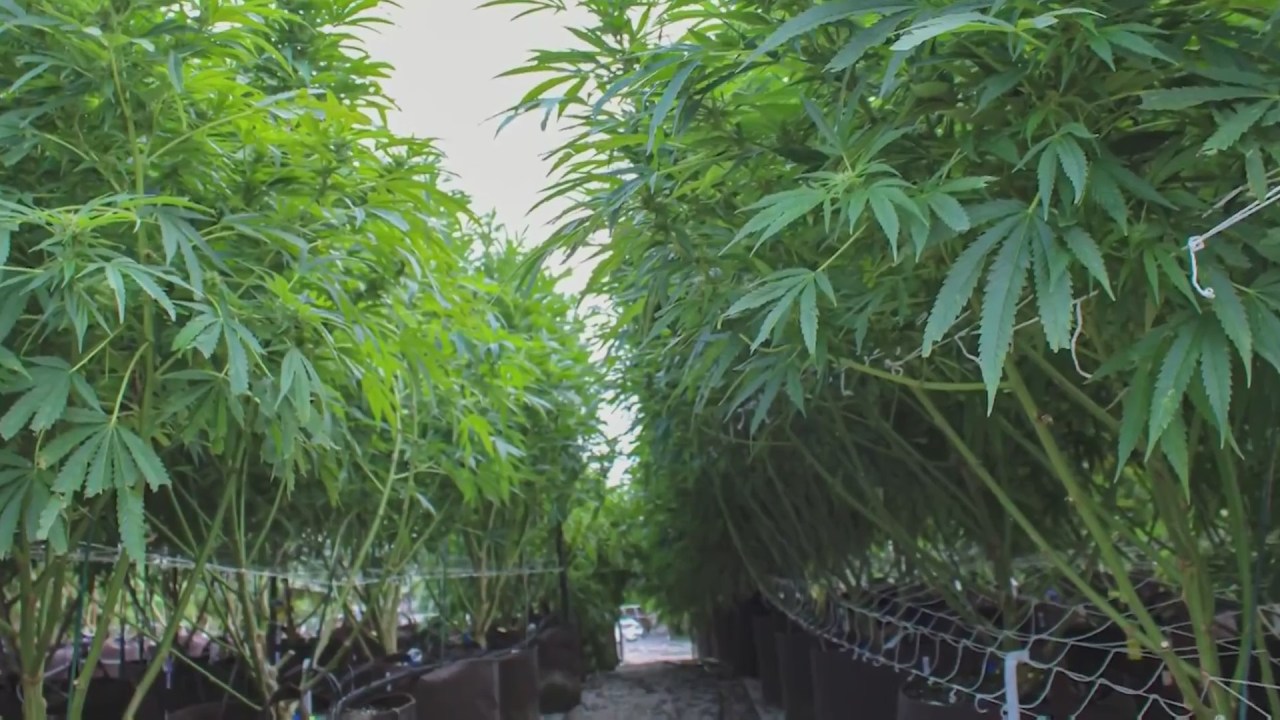 JEFFERSON CITY, Mo. — Voters in Missouri will decide on Tuesday whether recreational marijuana should be legal for those 21 and older.

In addition to bringing more jobs to the state, Amendment 3, if approved, is expected to bring in millions of dollars in revenue. While growers, manufacturers and dispensary owners are asking voters to vote “Yes” in the referendum, the head of state is opposed.

Parson has previously criticized the amendment, calling it a disaster. Legal Missouri 22 is the campaign behind the initiative petition asking voters if those 21 and older should be allowed to buy, grow, and use marijuana recreationally.

“We know we have a mental health issue, we’re talking about addiction,” Parson said. “I’m not sure adding anything else to that at this point is a very wise decision to do.”

Amendment 3, which will appear on all statewide pollsconsists of the following language:

“Do you want to amend the Missouri Constitution to:

Legal Missouri 22 said the vast majority of people who have committed a nonviolent offense receive citations for simple possession or arrest for possession of less than 35 grams. Allowing Missourians 21 and older to possess up to three ounces at a time would be the second-highest possession limit in the nation.

Susan Griffith is one of the owners of CAMP Cannabis, a grow facility in St. Louis. After she and her partner received their medical marijuana license in 2018, she wants to expand the business.

“We’re statewide now,” Griffith said. “We are growing every day, we receive new orders every day.”

“As we build, certainly once we start adding our rooms, if we have 33 employees right now with four rooms, when we get to 12 rooms, we’re looking at almost 100 employees and that’s really just for the growing area,” says Griffith.

She served on the drafting committee of Amendment 3, which would tax recreational marijuana at a higher rate than medical. Currently, medical patients pay 4% sales tax. If approved by voters, the recreational pot would be taxed at 6%, then municipalities could add another 3%.

What the 5 amendments mean on the 2022 Missouri ballot

“There are people in our state who travel out of our state to buy products and pay exorbitant amounts of money, and they can stay here now,” Griffith said.

Griffith said she and other industry players want to compete with states like Illinois, which have already approved recreational use. In Lincoln country, products purchased for recreational purposes are taxed based on the amount of THC.

“A lot of people cross the river for gasoline, tobacco and alcohol and I think we’ll gain a lot of consumers in that regard as well,” Griffth said.

The two female partners who own CAMP Cannabis were both previously in the medical field. After voters endorsed medical marijuana in 2018, Griffith said they wanted to be part of the industry.

“My partner and I have both witnessed and have friends who have used medical cannabis to help edibles, and these were edibles they had tried everything and received large doses of pharmaceuticals that caused side effects. secondary,” Griffith said. “We saw a little girl go from having over 300 seizures a day to just a few seizures a month. To be able to see that and see the benefits of that and think why it’s so bad when it has such great effects on people.

Under current state law, each grow facility is allowed to have 30,000 square feet of flowering plants. Griffith said they also have 10,000 square feet dedicated to the CAMP manufacturing facility.

“We also plan to add space for a research and development program as we would really like to get into our own selection,” Griffith said. “The generics we have are exceptionally hard to find, if not impossible, near here, so we would love to be able to take those genetics and create our own genetics.”

Griffith said CAMP has just received its first dispensary license, which will be located in the Third Congressional District, which includes parts of St. Charles, Jefferson, Miller and Cole counties. If passed Nov. 8, medical marijuana dispensaries, grow facilities and manufacturing license holders would first have the opportunity to apply for a full license to sell medical marijuana and recreational; after that, a lottery system would be used for an additional 144 micro licenses, but those who get the smaller business license would also have restrictions on who they can sell their product to.

According to the amendment, those 144 micro-licenses would be issued in three different waves, giving six licenses in all eight congressional districts at once. Under the micro-license, grow facilities will be able to grow up to 250 plants.

Jason Nelson is the managing director of BeLeaf Medical, which operates three production sites, two manufacturing plants and five retail outlets in the St. Louis area. If approved, he said BeLeaf Medical would double its number of employees and help the state from a public health perspective.

He said his company has a plan if the referendum passes for medical patients. Those with a medical card would receive what he calls a “VIP experience.”

“From the beginning, we are implementing a fast line, easy line pickup, line pickup with delivery is an option to ensure that medical patients are still entitled to participate in the marketplace,” Nelson said.

He hopes some Illinois residents will come to the Show-Me State to buy recreational pot because the tax rate will be cheaper.

Legal Missouri 22 originated the initiative petition. Campaign manager John Payne previously said Legal Missouri 22 collected 400,000 signatures to put the question on the ballot. Secretary of State Jay Ashcroft’s office certified 215,000 of the signatures. If approved by voters, it would change the state constitution, like medical marijuana and Medicaid expansion.

Since the medical marijuana industry opened its doors to patients two years ago, the state has brought in about $495 million, sending about 5% of that, or about $27 million, to services. veterans’ health. The Department of Health and Senior Services (DHSS) said there are approximately 204,000 patients and 3,000 licensed caregivers in Missouri.

The DHSS has no position on the success or failure of Amendment 3 on the November ballot, but would be obligated to put the program into effect. But if the measure is approved by voters, how soon will Missourians be able to buy recreational marijuana, and how is the state preparing to roll out the program?

As for when could Missourians 21 and older buy recreational marijuana if voters approve of it? DHSS believes that will be February 2023. The state has 30 days after it is passed to publish the rules and regulations, and then dispensaries, grow facilities, and manufacturers have 60 days to apply for their licenses.

The referendum also includes revisions to the medical marijuana program. If approved, Amendment 3 would extend the validity of medical marijuana cards. Currently, medical cards are only valid for one year, but if the initiative is passed, they would be valid for three years and the cost would remain at $25.

It also increases the amount of medical marijuana a patient can purchase from 4 ounces of dried marijuana flower to 6 ounces per month. The revisions also include allowing a nurse practitioner to certify a patient’s medical marijuana card instead of just a doctor.

Missouri’s NAACP is asking voters to vote “No” on the ballot, saying approving recreational marijuana would not diversify the industry. In the 40-page amendment document, it says that if approved by voters, an “equity director” would establish a program dedicated to communities that have been impacted by the ban on marijuana on the licensing process and provide resources for those interested in licensing.

To read the full version of the constitutional amendment to legalize recreational marijuana, click here.