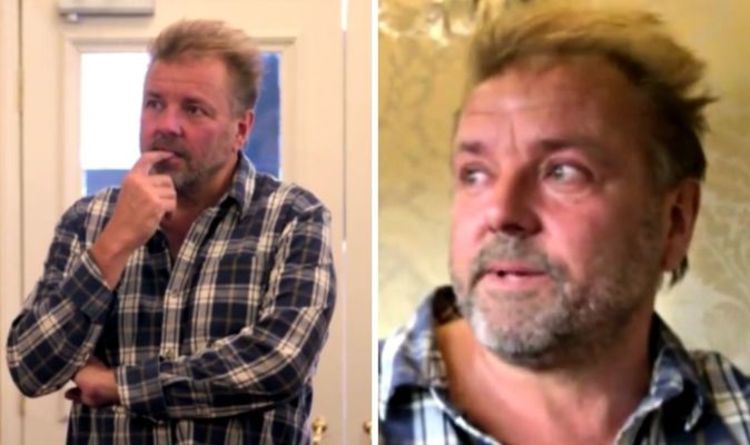 Homes Under The Hammer star Martin Roberts is one of the brave celebrities who decided to lay it all bare in Strictly The Real Full Monty to raise awareness about the most important cancer controls. During the first episode of ITV’s two-part show, the real estate expert cried when he revealed the heartbreaking reason for signing up for striptease. He explained with emotion that he was participating in the daring performance in memory of his best friend who died of bowel cancer.

The 58-year-old has teamed up with a host of celebrities, including blue singer Duncan James and EastEnders star Laila Morse, to raise awareness about cancer.

In the first episode, which aired Monday night, the stars opened up about why they took part in the daring show choreographed by diversity dancer Ashley Banjo.

“People think it’s a physical thing because you have to get naked, but it’s all up there, and it’s about whether you can control yourself, and Martin is really worried about that.”

Speaking to Express.co.uk, Martin previously said: “He has left behind his wife and two young teenagers.

“His wife was absolutely convinced that if he had seen the doctor sooner he probably still would have been there, but being a dude he was like ‘Oh, I got some blood in my poo, this n ‘doesn’t matter, you know, whatever.’

“Sadly that’s how most guys are, when it comes to particularly private places people are like, ‘Do I really need to go somewhere, do I want a finger in my butt? “”

Martin is hoping his appearance on the show will do something for another family to make sure they don’t have to experience what he’s seen firsthand.

The presenter also admitted that he always had body insecurities, having been severely bullied in school when he was young.

He said: “I had a real problem with my weight as a kid and got a lot of abuse for being fat, so the thought of challenging myself to make people laugh at me. was an absolute nightmare.

“But when you look at what it is, you realize that something more important is going on here.”