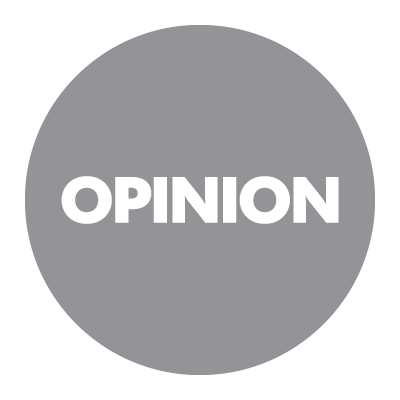 Directors from Southern States and Bengal are favorites

There is something new about the quicksand of Indian cinema. Finally, he began to show rural realities, diversity, art forms and injustices. Mani Ratnam’s new film Ponniyin Selvan (Son of the Ponni) is a Tamil historical drama, parts of which are filmed in Hyderabad. It is a film that will feature nearly 170 folk and tribal artists and forms of Telangana.

New Bengali documentary is making waves on social media. Dying Art of Bahurupis of Bengal by Rajaditya Banerjee is a film which, according to its director, extends “to aspects of social behavior, of religious practice, of the cultural revolution as well”. Rajaditya made his mark with the death certificate. This new film is however a documentary, not a docudrama, it adopts an interview format recording the artist, his art and his works. It is like the film Cobra Gypsies by Raphael Treza which documents the Kalbelias of Rajasthan; this film also focuses on the presentation of a lost art or rather a dying art form. However, like the documentaries produced by the Center for Cultural Resources and Training, Gypsies and Bahurupi are both threatened with limited accessibility because they are not on OTT platforms. If the idea behind the making is to speak to the public about these various almost extinct arts of India, they should be accessible with the click of a remote control, properly captioned, as Mani Ratnam’s film surely will be.

Rajaditya’s film is a journey through rural Bengal where this polymorphous art form is still practiced. Remember the Srikanto of Sarat Chandra Chatterjee and the Bahurupi that emerges from the darkness. With an involved narrator, you never forget the thrill and awe of inspired storytelling. Now a television series, Sukanto’s is also the story of travels, through villages and distant lands. Ritwik Ghatak’s Subarnorekha, a 1965 film, referred to Bahurupis, Shreyas Talpade as a loving-hearted and lovable Bahurupi turned crook in Nagesh Kukunoor’s film, Dor, speaks again of Bahurupis in Rajasthan.

Some sociological studies say that there are still 300 practicing Bahurupis in Bengal. Nepal and Bangladesh also have Bahurupis, masked artists who stage certain social and religious practices. In Kerala, the characters play their part during the ancient rituals of Thiruvaathira; characters defined by Panan singers from the Tulu, Tamil and Malayalam cultures or actors playing the role of village guardians, the Aiyanars or Banobibi in Bengal. Bahurupi also recalls a 2011 Marathi film, Gajaar. It is the story of a young filmmaker’s self-discovery and transformation during his 18-day pilgrimage (Waari) journey. The Warkaris sing nonstop and celebrate music in the name of Mauli (Mother of the Universe). This is not a documentary however, it has a story, sets out on a cinematic journey capturing a traditional art form. What he tells us is how much cinema is a superb medium for traveling through rural India and cataloging our various forms of art, which still exist, despite everything that has happened to us historically and despite the rapid urbanization.

For example, Tamil Nadu and Kerala are the most urbanized states in the country. Yet in recent times young filmmakers here have managed to deliver box office hits with their stories about rural India. Last year’s Oscar entry Visaranai takes place in the small town of Guntur. Asuran and Jai Bhim are Dalit stories from rural India, Tirunelveli and Athiyur. Asuran’s plot is influenced by the Kilvenmani massacre in 1968. Jai Bhim’s by the Irula affair of 1993.

In addition to playing Asuran, Dhanush gives a surprisingly realistic performance of a village boy in the movie Aadukalam. An interesting thing about all of these movies is that they include scenes where real rural dances, music, death rituals, etc. are shown. The 2007 film Paruthiveeran is one of the best rural action dramas of the past decade. In the film Karuthamma (1994), a farmer from a rural hinterland decides to kill his third born, a daughter. This film dared to stage a social evil in rural India twenty years ago. Today’s Tamil films have taken a vengeance on social issues, more visible in rural Tamil Nadu than in cities, though here villages and towns come together.

In the Malayalam film Maheshinte Prathikaram, the village comes alive with authentic dialect and cuisine, local tourism, fishing, indigenous music groups, community and handball games. For so long Malayalam films have focused on giving the village a positive experience, but that is changing. Golanthara Vartha, Oral Mathram, Thooval Kottaram, Rasathanthram, Manassinakkare (all Sathyan Anthikad movies) talk about good Samaritan heroes in the villages. The 2017 film Rakshadhikari Baiju has a main role which symbolizes kindness and generosity in the village. The hugely successful Kumbalangi Nights a few years ago involved four dysfunctional brothers from a coastal village. Even the film Maara with Madhavan in mind is a rural story of local arts, as in narrow coastal states like Kerala, villages flow into towns into villages continuously when it is difficult to differentiate between urban and rural. Ee Ma Yau by Lijo Jose Pellisery takes place in a coastal village in Kerala and tells the story of the Syrian Christian community, exploring in detail their ceremonies and rituals. The same goes for his Jallikattu, the story of a village chaos.

Of course, the most iconic rural setting is Satyajit Ray’s Pather Panchaali. Ashani Shanket, once again, speaks of the 1943 famine in rural Bengal which affected three million people. Ritwik Ghatak’s most famous film is Meghe Dhaka Tara, again a film of travels, through villages both physically and spiritually. This film also shows the start of the Naxal movement in rural Bengal. Padma Nadir Majhi and Shankho Chil are two beautiful films with rural landscapes by Gautam Ghosh. These are collaborations with Bangladesh. This film collaboration has been completed since 2017. However, it should be remembered that Bangladesh has the same language, the same musical heritage, rich diversity, similar art forms and cultural practices. Bengal filmmakers must lobby to work with Bangladeshi filmmakers to harness the richness of Bengali – the philosophy, the language and the beauty of the land. It’s a feeling for the world theater.

That’s not to say that Bollywood doesn’t have films shot in rural India. Bimal Roy’s Do Bigha Zameen and Mehboob Khan’s Mother India are village-based, although Mother India’s village is studio-based. However, it was more rural India than the village of Lagaan, staged purely for the box office. Sunil Dutt’s other films like Muje jeene do, Heera and Kache Dhaage also showed village origins. Then there are films like Anusha Rizvi’s Peepli Live, the Wasipur films, Jamtara which are also a kind of campaign films. However, more unforgettable are the classics Ankur and Manthan by Shyam Benegal, made in the 1970s. In a media interview at the time, he said, â€œthe townspeople, on the whole, don’t seem take an interest in rural India, in particular entertainment media. There are very few rural subjects, unless it is for an exotic effect â€.

The films of today do not speak so much of urban India as of rural India, the sets are accessory to real stories described, like Shankho Chil or Jai Bhim. And they also showcase local art forms, in an attempt to preserve them in the memory of consciousness. The audience has also shown great maturity, moving from invented villages like in Lagaan to real villages like in Asuran, eager for real rather than invented stories. (IPA Service)