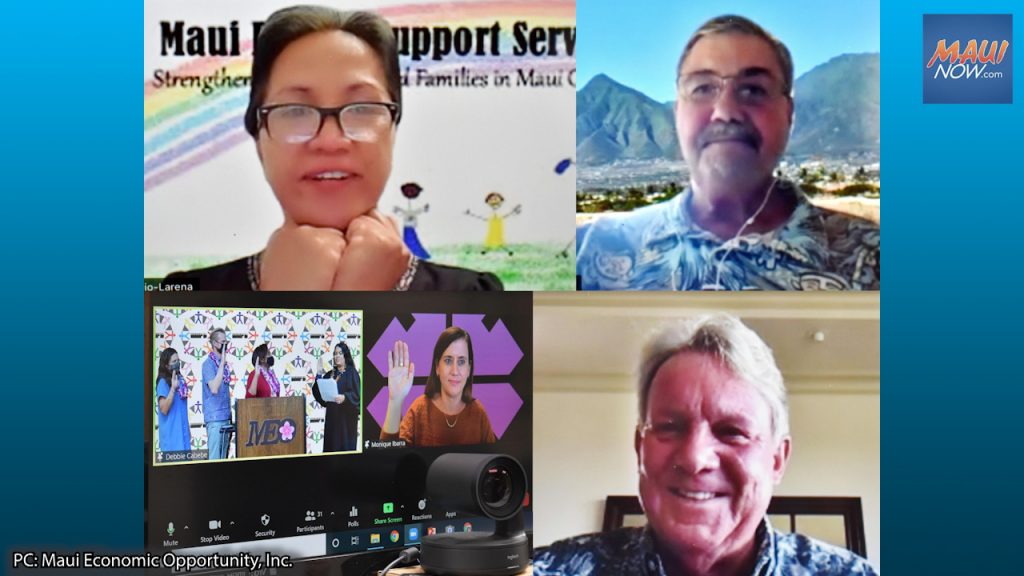 Volunteer Mason Williams, who was nominated by Aloha House, was named the Maui Non Profit Directors Association Humanitarian of the Year Award for his “countless hours of ensuring that nonprofits have the resources and the governance necessary for their lasting success ”.

Williams was recognized at the association’s virtual leadership awards and annual meeting on Thursday, October 21, broadcast from Maui Economic Opportunity in Wailuku.

Other awards announced included Maui Soda & Ice Works, Ltd., nominated by MEO, as the recipient of the Community Business Award, and Edel Baguio-Larena, CEO of Maui Family Support Services, as Executive Director of the Year .

Baguio-Larena, with a Masters in International and Intercultural Management and BA in Social Work, served as Interim CEO in 2014 and became CEO in March 2015. She was Director of Education Services at early childhood since 2008.

The other finalist for the Executive Director’s Award was Tamara Sherrill of the Maui Nui Botanical Gardens.

Maui Soda has been recognized for its generosity in regularly donating its soft drinks, including Coca-Cola products and Roselani ice cream, to fundraisers and events of nonprofit and community organizations. The 137-year-old company, owned by the Nobriga family for over 70 years, donates 5,000 cases of its products to the community each year. Mike Nobriga currently sits on the MEO Board of Directors with Maui Soda, donating thousands of dollars to the nonprofit Community Action Partnership.

The Humanitarian Award winner has served on the boards of Aloha House, Malama Family Recovery Center and Maui Youth & Family Services since 2014, after returning to Maui with his wife upon retirement as an executive in the insurance. He led the Board of Directors as President, Vice President and Treasurer and offered his expertise in finance and insurance. Williams also opened her home for special fundraising events.

Other nominees for the Humanitarian Award included Jaimie Dukelow, a volunteer with the MEO Business Development Center on Financial Basics and Business Planning Courses for Adults and Youth; Arleen Gerbig, long-time president of the Lahaina-Honolua Senior Club and the Senior Planning and Coordination Council and member of the MOE Board of Directors; Kekoa Barcai, parent volunteer with Head Start; and Justin Horne, volunteer with MEO Youth Services.