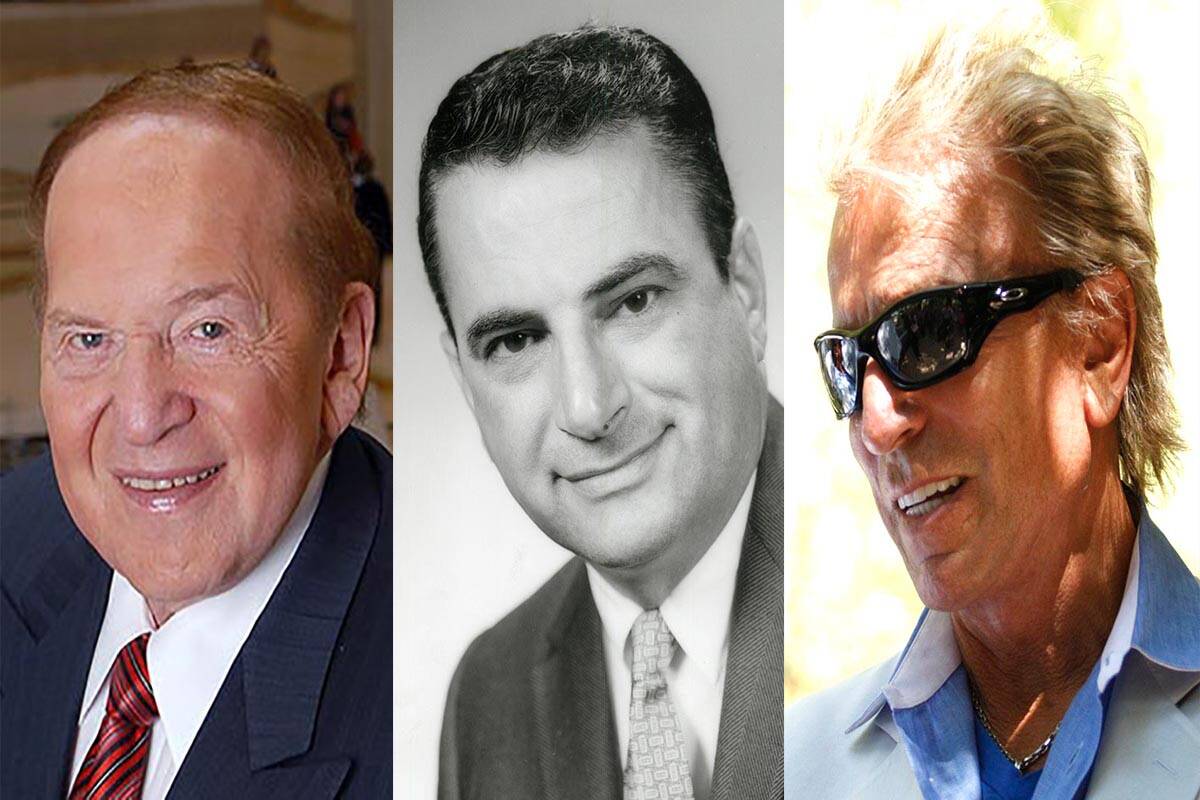 Notable Nevada Figures Who Passed Away in 2021

Here is a list of notable Silver State figures who passed away this year:

Sheldon Adelson, one of the most successful luxury resort developers, philanthropists and political influencers of his generation, died on January 11 of complications from treatment for non-Hodgkin lymphoma. He was 87 years old.

Adelson founded and was President and CEO of Las Vegas Sands Corp. since its inception in 1988.

A generous philanthropist, Adelson and his wife, Miriam, have funded medical research, a private school, drug rehab clinics, and several other causes. He built The Venetian, Palazzo and Sands Expo and Convention Center, which is now known as The Venetian Expo, helping to transform the hotel-casino industry along the way.

“For me – as for his children, his grandchildren and his legions of friends and admirers, employees and colleagues – he is quite irreplaceable,” said Dr Miriam Adelson.

Born in Boston, Adelson has conducted numerous businesses around the world, including in Macau and Singapore.

Siegfried Fischbacher, half of the legendary Siegfried & Roy illusion team, died on January 13 at the age of 81. Fischbacher met his partner Roy Horn on a cruise ship in 1957, and the two came to Las Vegas in 1967. Their show at the Mirage would headline 5,750 sold-out performances.

Fischbacher and Horn, who died in 2020, are remembered as “larger than life”. Fischbacher would visit the Secret Garden of the Mirage in his later years and interact with visitors, pulling coins to donate.

Stanley Mallin, a hotel and casino developer who was inducted into the Gaming Hall of Fame in 2019, died on September 11 at the age of 98.

Mallin co-founded Caesars Palace and Circus Circus with his longtime partner Jay Sarno and has a street named after him near hotels. He was remembered as a “gentleman” and an avid golfer after his death.

Hae Un Lee, founder of Lee’s Discount Liquor and prominent philanthropist, died of pancreatic cancer on August 27. He was 79 years old. Lee, whose association has donated millions of dollars to organizations in southern Nevada, founded his first liquor store in 1981 after emigrating from South Korea.

On November 19, her son, Kenny Lee, 53, was killed in a car crash in northern Nevada. Kenny Lee, CEO of Lee’s Discount Liquor, had worked with in his father’s stores since the age of 12. The company described Kenny Lee as a loving son, husband and father, and noted that he also enjoyed golf and the Vegas Golden Knights.

Northern Nevada gaming icon John Ascuaga founded the Nugget in Sparks in 1960, transforming it from a small cafe into a resort in its own right. He died on June 28 at the age of 96.

Ascuaga was known to roam the casino and greet customers until the resort was sold in 2013. He was remembered for his “boundless energy” and “larger than life” personality.

Charles Heers, who built the first towed homes in Las Vegas in the 1950s, died Jan. 2 in Newport Beach, California. Heers, 94, was hospitalized with pneumonia after being diagnosed with COVID-19.

Heers built thousands of homes in the Las Vegas Valley and also founded a number of hotel-casinos, including the Tuscany Suites.

Donald Brinkerhoff, a ‘visionary’ landscape architect and designer whose work transformed the Strip, died on July 16 at the age of 90. He has worked at several properties on the Strip, starting with The Mirage in 1989 and including Resorts World Las Vegas, which opened in June.

He also designed the central strip median and worked with most of the major developers on the Strip.

Charles “Chuck” Mathewson, former International Game Technology president and philanthropist, died on October 24 at his home in Reno. Mathewson, 93, is credited with turning IGT from a regional company into a gaming industry giant.

Mathewson was inducted into the American Gaming Association’s Gaming Hall of Fame in 1997. A “legendary figure,” Mathewson helped transform the slot industry and was a major donor to the University of Nevada at Reno.

Lacy Thomas, a former university medical center executive, died in December. Thomas took over as head of the hospital in December 2003 and was fired in January 2007 after an audit found the hospital had lost $ 34 million, nearly double the $ 18.8 million that Thomas had announced to his superiors.

James Bilbray, a former congressman from Nevada, died on September 19 at the age of 83. Bilbray was born in Las Vegas and went on to serve as president of the UNLV student body. He served four terms in Congress and then served on the Board of Governors of the United States Postal Service.

Two of Bilbray’s daughters have also followed him into politics, and he has an elementary school in Las Vegas named after him. He has been married to his wife Michaelene for over 60 years. He said in 2011 that his roots in Nevada would be permanent.

“I was born here, I was raised here and I will die here,” he said. “I love Vegas and will always stay here.

Carole Vilardo, the former president of the Nevada Taxpayers Association, died on December 5 at the age of 80. Vilardo started with the NTA in 1986 and was president from 1989 until her retirement in 2016.

She was remembered as a “careful, creative and critical thinker” who had a profound impact on the organization and other groups in Nevada. She has also served on several local and state committees during her career.

Legendary burlesque star Tempest Storm died on April 20 at the age of 93. Storm paved the way for strip artists for over half a century.

Don Hill, the saxophonist of Les Treniers, died on June 25 at the age of 99. Born in Texas, Hill began playing the trumpet at the age of 6 and began playing the saxophone as a teenager. The Treniers, named after their twin brothers, were also pioneers of the Las Vegas lounge scene. The group’s exuberant performance style was captured in a handful of films, including “The Girl Can’t Help It” and “Don’t Knock the Rock”, both in 1956.

Hill has played with the Treniers for 55 years and has performed in almost every salon on the Strip.

Dave Hickey, art critic and former English teacher at UNLV, died on November 12 of heart disease. He was 82 years old. Hickey, who has lived in Las Vegas for almost 20 years, received the 2001 MacArthur Fellowship.

“Dave felt that Las Vegas had a culture where everyone was equal because there was no institution that had a very deep past,” said his wife, Libby Lumpkin. “He felt there was a freedom to invent yourself in Vegas that was more possible than anywhere else on Earth. He considered it a particularly American city.

Leon Spinks, the former world heavyweight champion who surprised Muhammad Ali to win the title in 1978, died on February 5 after a five-year battle with cancer. He was 67 years old.

Spinks, an Olympic gold medalist in 1976, edged Ali in one of boxing’s biggest upheavals to win the title in Las Vegas before losing it in their rematch. He fought six times in Las Vegas and moved to the Valley in 2011.

The Review-Journal is owned by the family of Dr Miriam Adelson, widow of Sheldon Adelson and majority shareholder of Las Vegas Sands Corp.