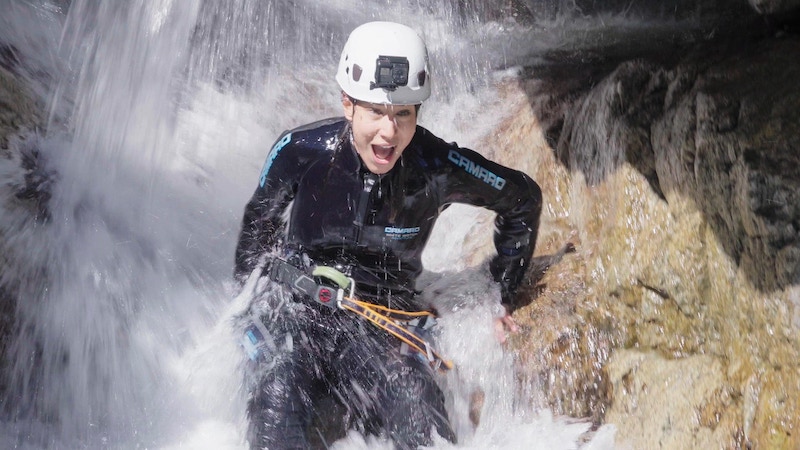 On The Amazing Race 33, cheese, canyoning and commendable returns to Corsica – the blurry reality

There has been an impressive return to The Incredible Race 33 episode 6, and it also received the most attention in the edit and on the mat, but there was a second: Arun and Natalia went from last place, and 15 minutes behind everyone else, to fourth square.

Of course, it might not be as impressive as Ryan and Dusty going from last to third, then taking off their life jackets 🥵 in celebration.

But it was a significant comeback for a team that struggled most of the legs.

It was a stage that involved no self-driving – perhaps an advantage for Arun and Natalia, a team that continually struggled to navigate and drive – but it also meant there was very little opportunities to advance. It was just a hint → Detour → Roadblock → Paddle → Pit Stop

The stage began with the teams boarding a charter plane – although, interestingly, it does not appear to be this charter plane, which had Fantastic race‘s logo on the side.

The “destination unknown”, as Phil Keoghan told the teams, was Corsica, and the teams started at an “ancient Roman bridge”, which did not appear to be adjacent to an airport, so they were flown there off field.

From the starting line, a group left every 15 minutes:

That 15-minute penalty seemed to be Arun and Natalia’s only penalty for coming last in last week’s non-elimination round; there was no Speedbump task, or at least we didn’t see it, and I can’t imagine they would have had time to do anything else with their placement.

Next episode, there will only be two start times. Teams #1 and 2 are Kim and Penn, and Raquel and Cayla, while all other teams will start in the second group.

After the start, the teams were transported to the detour and the roadblock; the only transportation was a paddle upstream in a kayak to the pit stop. The vans and small Jeeps/golf cars appeared to be production vehicles, driven by masked people who spoke English, and were definitely not taxis.

The Detour locations were practically side by side, and that’s where Ryan and Dusty fell behind, not because they picked the wrong Detour, but because they weren’t following the directions as they were trying to make three cheese baskets.

Many teams opted for the cheese over the other task, saddled and driven a mule down a path, but the mules weren’t the problem on this option, it was their hitch. The distance seemed quite short, literally to the other Detour location.

Ryan and Dusty ended up doing both, giving up the cheese after about 40 minutes. This allowed all the other teams to pass them, but Ryan managed to pass Akbar during the Roadblock, a super fun “canyoning” task, which Phil described as having to “slide and slide down from it- and-a- half-mile river.

In the end, Sheri and Akbar were eliminated, and it was all on Akbar, whose slowness during the river challenge allowed Ryan to pass him. I wouldn’t normally notice it except even in this leg he scolded Sheri for being slow, but Sheri still overcame her fears multiple times and never got rid of them.

At least Akbar admitted that “it was me today, Phil.” Before the start of the round, he said, “for us the game plan is to be more in sync.” He was right: goodbye goodbye!

Here are a few other things that happened during the episode:

How the Liberals found their inner Kevin