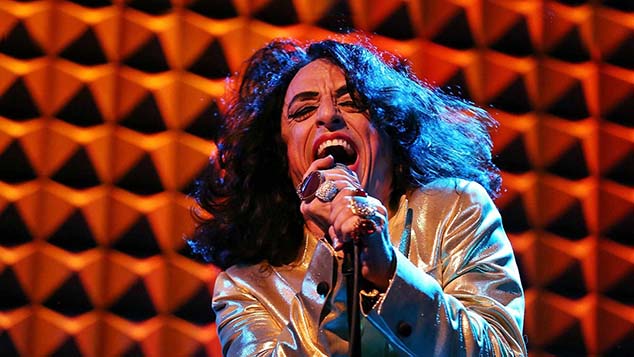 West Australians will get to see the incredible Paul Capsis perform when he heads west for the Perth International Cabaret Festival in June.

The energetic entertainer has graced Perth audiences on several occasions, but it’s been a few years since local audiences had the chance to see him and he can’t wait to be back on stage at His Majesty’s Theater with his show. Up close and personal.

For someone who enjoys being in front of an audience singing and sharing stories, the past two years have been an interesting time for Capsis, and he’s happy that the world and theaters are opening up again.

The recovery, however, is one he feels in a slow build rather than an immediate return to normal life.

“I feel better,” he says when we meet on the phone. “Things have started to open up a bit, for me…this month is really the first month that I have work, I have the Perth Cabaret Festival, and I’m doing a show for Vivid here in Sydney. I did some interesting things in Sydney, so I feel better.

The two-and-a-half-year-long Capsis actions, which have been difficult for almost everyone, have placed performers in an unusual space.

“For me, the point is that what has happened over the past two and a half years has had a kind of long-term effect. I think there seems to be a strange feeling, a kind of dread, you know, what can happen after what we’ve been through.

“But I try to have hope. I have good days and bad days. But I think other performance artists, and pretty much most people who are in theater or cabaret or music, feel the same way.

“I think it’s a mistake to pretend or assume that everything is going to be fabulous again.” Capsis said describing the entertainment industry and slowly making a comeback.

“I think it’s a long road. Because it also affects how we feel about our work and the way we work. It’s been such a long time without doing your job, and then you have trust issues, you have issues receiving information, when you’re doing your research, and when you’re learning a song.

“It’s the longest time I haven’t been abroad. I’m grateful that I managed to get to Melbourne, which was really nice. I did a production of tommy at the beginning of the year. The weather was glorious there and we had endless rain in Sydney. So to be in Melbourne, where it was sunny, and doing a big show with a lot of other people was wonderful, it was very calming.

“It brought back a familiar feeling, a happy feeling, but then it goes really fast, the season hasn’t been very long, and then you have to come back to reality. At this point, Sydney was still coming out of a lockdown, and we just had endless rain, we keep getting rain and rain.

Capsis is famous for his ability to make the sun shine through the rain: reinterpret songs, unlock hitherto unrecognized tunes, and find new meaning in words we’ve already heard. He says that when it comes to choosing songs for his shows, it’s the lyrics of the song that appeal to him the most.

“For me, it has to be the lyrics first. I have to connect to them, I have to identify myself somehow. I feel like if I didn’t relate to it, I wouldn’t really be interested in singing it. Unless there is a specific purpose.

“There are songs that are kinda silly, and you know, they have great melodies, and they’re just silly, or they lift an audience when they’re looking for fun.”

“But when I choose songs for my shows, I mostly go with the lyrics.” Capsis said.

Paul Capsis performs at His Majesty’s Theater as part of the Perth International Cabaret Festival on 22 and 23 June. Tickets on sale now.