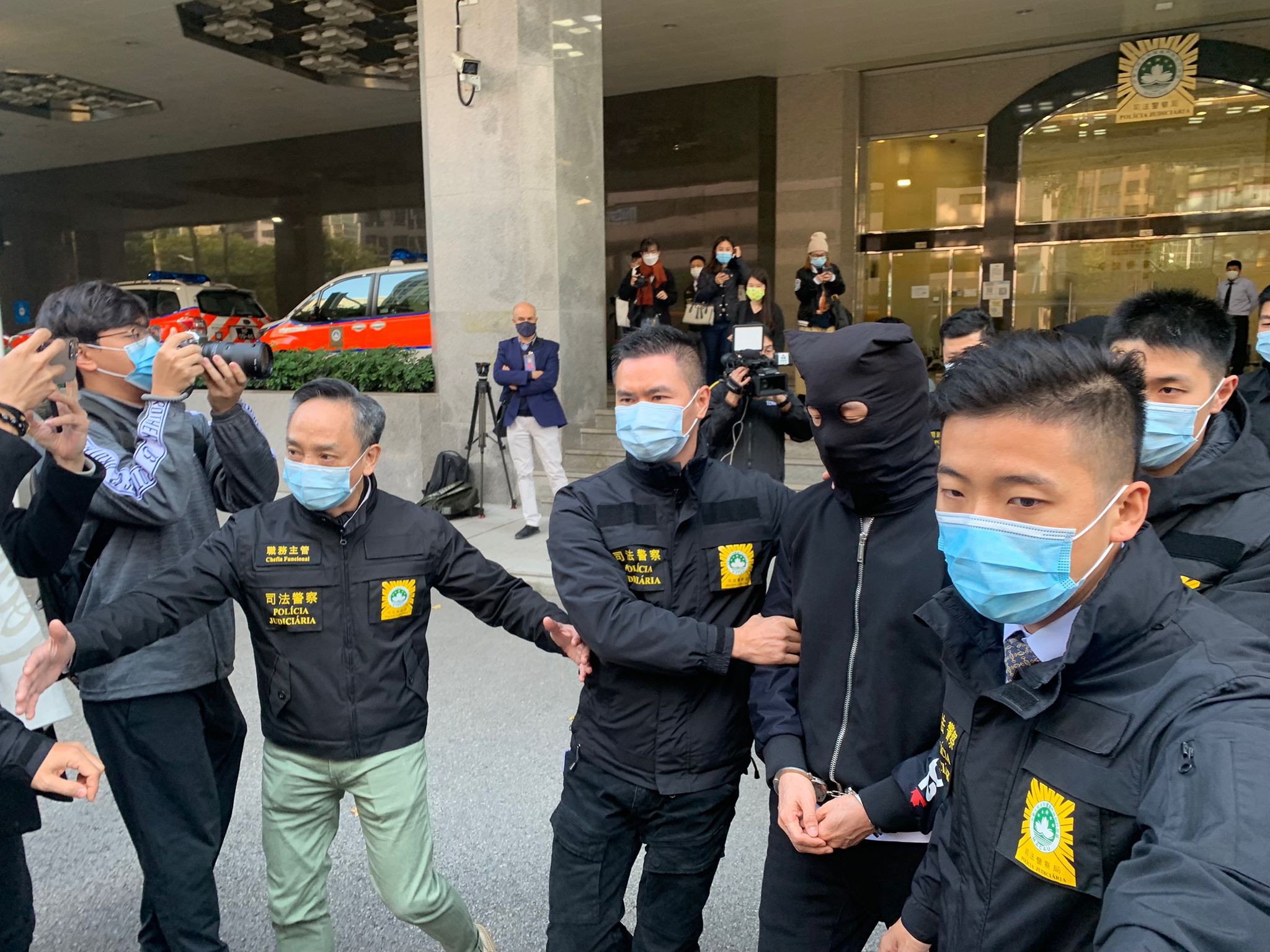 The Judicial Police (PJ) announced today (Sunday) that two people in the junket sector were arrested on Friday for alleged crimes of participating in illegal gambling activities, running a crime syndicate and money laundering. Authorities have not identified the two suspects, referring only to them as two male residents of Macau – one surnamed Chan and 49 years old, and the other surnamed Choi and 34 years old. However, Macau and Hong Kong media cite sources as saying Tak Chun chairman and executive director Levo Chan, one of the city’s top junkets, is among those detained. The other person arrested is believed to be a junket financial executive.

Chong Kam Leong, the PJ spokesman, said today that the two suspects were linked to the case, in which Alvin Chau Cheok Wa – the boss of fellow junket operator Suncity Group – and 10 others suspects were arrested in late November for similar alleged crimes.

The syndicate “controlled and led by the suspect surnamed Chan” was “involved in the activities of illegal online gambling and under-the-table betting” while Choi provided assistance to Chan, the spokesperson said. the PC, adding the bets under the table. activities took place in casinos in Macau.

“After thorough analysis and investigation, the PJ decided it was time to act on the afternoon of January 28, 2022, and [the police] successfully intercepted the two suspects at a hotel in the NAPE area,” Chong said.

The residences of the two suspects located in Cotai and their office in the NAPE area were also raided, and a large number of files, documents, gadgets, servers and cash totaling around HK$4.1 million were seized. , said the PJ.

The two suspects, who refused to cooperate with police, are now being transferred to the prosecution, which will decide whether the suspects will be remanded in custody, police added.

Friday’s police operation was “the follow-up” to the arrest of Suncity boss Alvin Chau and 10 other suspects in late November, Chong said today.

“Although these two police operations [taken place respectively in late November and Friday] target two different crime syndicates, there is enough evidence, according to our investigation, to show that these [two] crime syndicates have jointly engaged in the alleged crimes in this case,” he said, adding that the start of the investigation could date back to 2019.

But the PJ spokesman declined to provide further details on the case, including the links between the two unions, whether other junket operators and representatives are being investigated, and others.

When asked if the police would cooperate with the local gaming regulator to take action against Tak Chun, Chong said today, “We have conducted investigations targeting crime syndicates, but not specific junkets.”

The local segment of the junket has been in turmoil since the high-profile arrest of Alvin Chau, who has been in pre-trial detention since late November.

Data provided by the Gambling Inspection and Coordination Bureau (DICJ) at the end of January shows that only 46 junket operators – or known as gambling promoters in official terms – have been allowed to operate in Macau this year, up from 85 in 2021. Tak Chun was still able to obtain a license in 2022.

The number of licensed junket operators has been steadily declining since 2013, when there were 235 operators.

How Mars’ Woke M&Ms Show the World Has Gone Crazy