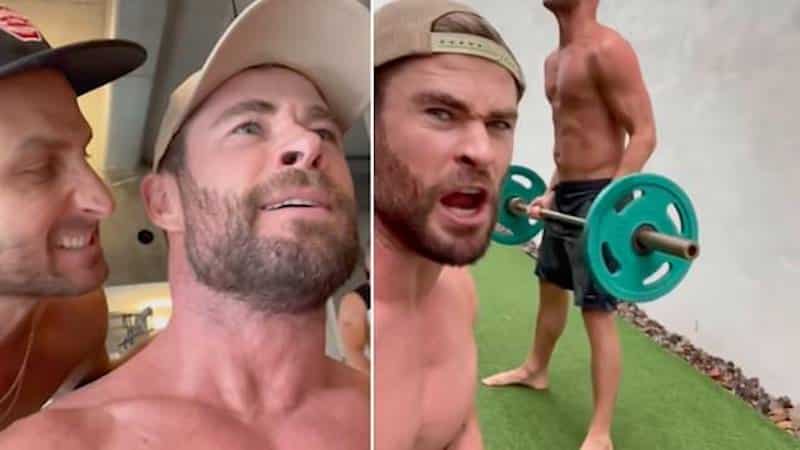 The champ and his little sister got back together after the family feud went nuclear following the wedding to Yasmin Brunet.

Gabriel separated from his Simone and Charlie after his marriage to Sports Illustrated model Yasmin Brunet.

The feud went nuclear soon after with Simone’s allegations of a wild sex tape of a real young Yasmin from a drunken party in Rio.

“She was really crazy at a party in her apartment in Rio. Drunk, in the parking lot, doing this to a guy and then throwing up,” Simone reportedly wrote to her son.

Yasmin, in turn, hit Simone with a libel suit.

Gabriel then left the tour just two weeks before the tour’s opening bet at Pipe amid rumors he will quit pro surfing for good.

“Last year was a very difficult year for me and Gabriel,” Yasmin said. “I’ve said in many interviews that anyone in his place couldn’t have gotten to where he did, in fact no one in his place wouldn’t even get out of bed. I saw firsthand everything he suffered because I suffered with him. I saw him hold back a lot, which was extremely unfair to him. Many times we have been slaughtered unnecessarily without even knowing the truth about what they were posting.

Shortly after, Gabriel announced that he and Yasmin had pulled the curtain on their year-long marriage.

And here we are, Gabriel and lil sis, daughter of Simone and Charlie, on the beach, post-shred in Maresias on the north coast of São Paulo where Gabriel is currently selling his beachfront mansion, complete with pool and sauna.

“My little one,” writes Gabriel.

The apparent rapprochement follows a moving message from his mum a week ago,

“This morning I prayed, getting ready to leave, end of vacation!!!!! This photo popped up in my google photo memories of a very cold day in Trestles, I almost turned into a penguin lol but even with the cold every mother is ready to warm her children. Lots of training days at Trestles. As always rain, sun, wind or hurricane, big waves, sharks, we are always there as a resting place. God bless you in this new cycle son. gabrielmedina felipemedina_17 @sophiamedina @charlaomedina100 you are my resting place. I love you”

Since splitting with Gabriel, surfer couple Simone and Charlie have focused on Sophia’s budding career.

To handle the kid, a sports agency, SoMedina Sports, was set up as a partnership between Charlie and Sophie, with Charlie taking ninety percent, Sophia ten.