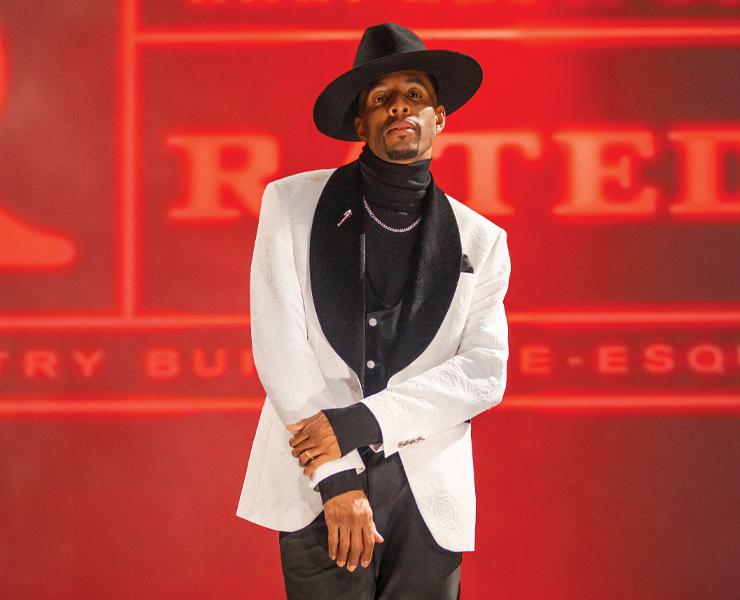 Jawkeen Howard has a long list of accomplishments in the world of dance and choreography. As a dancer, he performed in Cirque du Soleil shows Michael Jackson A and in the circus Michael Jackson: The Immortal World Tour. As a choreographer he has worked with stars such as Britney Spears, Demi Lovato and Jill Scott; most recently, he helped choreograph the 2022 Pro Bowl halftime show at Allegiant Stadium. Howard is also AREA15’s resident choreographer and choreographed its adult-only show Rated red.

How did you end up doing the choreography for Rated red?

I spoke with Kim (Beneville), Winston (Fisher) and Hope (Bellueme) with AREA15. I was currently choreographing for their RuPaul’s Drag Race the Season 13 Viewing Party, (which) was at AREA15, which they hosted; and I was choreographing for Elliott with 2 T’s. They saw my work with it and they had the idea of ​​creating a new burlesque show, and asked me if I would be interested in choreographing the show and being part of the AREA15 creative team.

What dance styles did you focus on for the show?

As for the dance, I thought it would be nice to bring something different from your usual Las Vegas revue shows, burlesque shows as far as style goes. I wanted to draw more from street jazz, jazz funk and commercial dance. I also wanted to take inspiration from the older generation, like Bob Fosse and Fred Astaire, and also bring back 80s jazz like Paula Abdul.

Most reviews are either all-female or all-male casts – what was the reason for both genders in Rated red?

We wanted to tap into something that was for all audiences. If a man came, they could see beautiful women; if a woman came, she could see handsome men. I think Vegas was missing that in terms of preference – we needed something for all audiences. This is why the show is male and female, of all shapes and sizes and even of different races.

Do you think the show pushes the boundaries with different body types, different displays of love and sex, different dance styles?

We are definitely pushing the boundaries. AREA15 always pushes the boundaries – they want to be different from any other immersive experience or show that takes place in Las Vegas.

What are your favorite vignettes from the show?

We should talk about our singer in the series and this particular number. Sophia Monica, the singer, I get a lot of good comments about her. How she is vocally, the striptease she does, her dancing. I think she’s a triple threat, and it’s one of my favorite numbers. the Rated red band – the sound is amazing how they play this number. We did our own rendition of “Seven Nation Army” with the singer and the live band. And the “Rockstar” number, because it’s the female empowerment number with four badass women of all races hitting the choreography with so much confidence. And the pole number because Sarah Johnston brings sexy athleticism, control, strength and dynamic musicality to the pole.

Where do you draw your inspiration from regarding music, dance and assembly?

I listen a lot of music. It comes from the lyrics. My day-to-day projects. My relationship with my new husband, Dylin Lujan, he inspires me a lot – my marriage and my love life and how happy I have been. My family also inspires me. I just put all of that into my work.

Click here for your free subscription to the weekly digital edition of Las Vegas Magazine, your guide to everything to do, hear, see and experience in Southern Nevada. Along with the latest edition emailed every week, you’ll find plenty of great, money-saving deals on some of the most exciting attractions, restaurants, properties and more! And Las Vegas Magazine is packed with informative content like restaurants to visit, cocktails to sip and attractions to enjoy.

Opening of the nightclub and Hideaway lounge in the Masters building