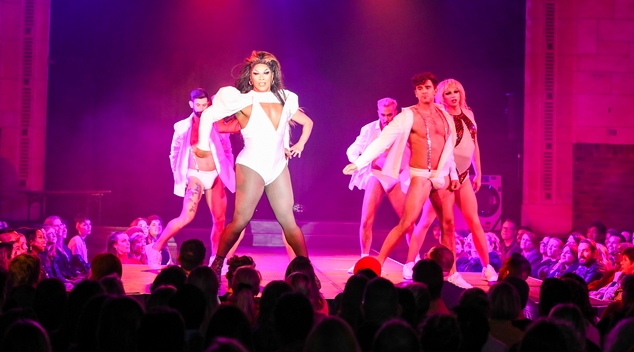 The boys from Briefs are back in town! Celebrating ten years of their very special relationship with Perth audiences, the ultra queer, multi-talented artist troupe is giving West Coast audiences a global glimpse of their brand new show.

If you’ve been anywhere near Perth during the Fringe World season, chances are you’ve seen the vivid image of the Briefs projected onto a billboard, bus, or flyer, if not up close and personally in one of their many must-haves. see shows in our city over the past decade.

Whether you’re a super Briefs fan or a newcomer to the wonderfully mean world of Shivannah and the team, these boys know how to put on a hell of a show! Headlining fringe festivals around the world, Briefs are professional stars, blending storytelling, circus, dance, drag and even death-defying stunts in a celebration of life and diversity.

The face (and mouth) of the operation, the 7ft glamourpuss Shivannah, kicks off as always with recognition of the country and core group rules. Don’t be a jerk, the more you drink the more beautiful her makeup and her sincere hope that the public will take this opportunity to connect with the people around them and revel in our differences. A perfect primer for the main mission of Celebratory Briefs.

What follows is a showcase of each member of the cast and their unique talents, dripping with Briefs, a familiar brand of sex and comedy. Returning member Louis Biggs kicks off as he juggles a visit to the laundromat and his burning need for striptease for Push it, Captain Kidd burns the stage with his hula routine, and Thomas Worrell has the audience spinning into a standing ovation in the middle of the show with his aerial act.

The new members of the group have inserted themselves directly into the lineup, bringing an extra dose of flirtation to the usual team and just as much talent as their peers. The serenity and his signature mullet took Glad Wrap to new glamorous heights, Nastia’s trophy-ripping gymnastics routine is bloated, Dale has shown us he knows how to whip her, and the dance sensation Kween Kong has closed. the show with a high-energy Paula Abdul routine that left the crowd breathless.

Hilarious, breathtaking and heartfelt, the boys at Briefs made it their mission to celebrate every moment and don’t leave until they’ve made sure everyone is there.