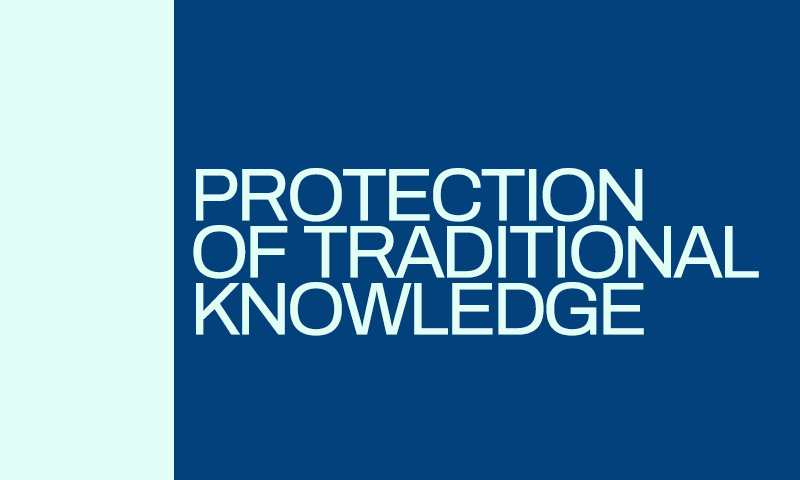 OWhat’s so enchanting and challenging about the concept of traditional knowledge (TK)? Several decades have passed after the infamous enigma created by the alleged patenting of three Indian household products, namely haldi, neem and basmati. The subject of TK continues to be a much sought-after area of ​​research, but no specific TK law has yet been developed. Why is this so? The universally recognized meaning of traditional knowledge is that it refers to all forms of knowledge systems that originate in a given community, primarily indigenous groups embodying their tradition, culture, beliefs, skills and practices that are passed down from generation to generation by their ancestors. Therefore, TK covers anything that derives from tradition, hence aptly called traditional or tradition-based knowledge.

India is known as a land rich in traditional knowledge, but the irony is that there is no special law or policy framework to address issues of preservation, commercial misappropriation and sustainable use. traditional knowledge. In the absence of a national law on traditional knowledge, it is preferable that the State concerned enacts its own national laws to preserve and protect its valuable traditional knowledge. In a way, this approach will be quite doable. The Indian State has the responsibility to preserve and protect its unique and valuable TK as the custodian of TK while clearly recognizing the ownership of TK in the local or indigenous community to which it belongs. In the contexts of North East India, a region of exotic tribes and cultures with rich TK possessed by large ethnic groups, state-framed TK law and policy will be the best option. . It is pertinent to mention that each tribe in the North East has its own customary laws and community rules governing TCEs, as the cultural identity of the tribes is considered paramount and additional measures are taken by the indigenous tribes to protect their ethnic identity within a traditional framework. customary regime and self-created community norms. Such a customary regime must be duly recognized by the legal regime for traditional knowledge. This is also the mandate of the United Nations Declaration on the Rights of Indigenous Peoples, 2007 voted by India. Customary laws are not a uniform code, they vary from state to state and within a state as well. Any legal framework based on traditional knowledge must take into account the diversity in the customary context and leave the primary burden to each community. If an indigenous community has already adopted traditional protocols related to TK, it should be supported and those that do not should be facilitated. The TK-specific law must fill in the existing gaps in current intellectual property laws, for example the copyright law’s silence on folklore, patents only offer defensive protection, the law on biodiversity is more focused on biological and genetic resources, access and benefit-sharing guidelines (post-Nagoya era) is also not exclusive to traditional knowledge. The moot point is all intellectual property laws as they exist. Traditional knowledge is only granted secondary status as a passing reference. The best possible way to build is to strengthen community control, management and administration over TK. The State should provide adequate legal awareness and training on the intellectual property value of traditional knowledge and its commercial prospects.

India has always been a strong advocate for TK protection in all relevant international fora and acclaimed for establishing TKDL as a good model and pioneering initiative in documenting Indian traditional medicinal knowledge systems. Regrettably, legislators have ignored the issue of the need for a special law on traditional knowledge, even though important amendments have been made to national intellectual property laws, but traditional knowledge has not been subject to no serious consideration on the part of decision makers. The effort on TK legislation should ideally have started with the creation of the TKDL by the central government. It is believed that the State should replicate the model of TKDL and help the community to preserve the TK and TCEs that belong to them. This will help them convert their oral TK into tangible form and establish any prior art or proof of origin claims. The fact that many GI applications from Northeastern states are rejected due to the lack of documentary historical evidence of the geographical origin of the product. Most of the Northeast region has an oral history passed down from ancestors without much written record, and the prevailing intellectual property regime relies primarily on prior art in writing. This gap can be filled by initiatives like TKDL at the local level. Several tribal communities maintain their own traditional heritage museum as a community initiative to preserve their culture and traditions, arts, crafts, folklore and dances as a library of typical traditional knowledge. All it needs is a balanced policy base on IPRs and new economic strategies related to TK. Considering that traditional knowledge is one of the countless by-products produced by industry. Whether in cosmetics, pharmaceuticals, textiles and fashion, food, agriculture, horticulture, etc., traditional knowledge makes a significant contribution. Due to the lack of a clear law, free riding continues.

In the age of the Internet and social media and overwhelming platforms like Facebook, YouTube and vlogs, it is very easy for anyone to upload or post material containing TK and TCEs by anyone there. has accessed. The question is how to regulate the use of traditional knowledge on digital platforms and social media? In the absence of law, it is difficult. It is observed that many videos made on the traditional cultural heritage of the northeast by travel bloggers are licensed without the permission of the community that owns them and may contain very sacred or secret traditional knowledge of the peoples. indigenous. It is far too complicated for innocent tribes to realize the loss of cultural assets in the age of technology. They self-publish a lot of audiovisual content relating to TK and TCEs, ignoring its economic ramifications and intellectual property implications. Today you tube has become a good source of income for many. This highlights the essence of prior informed consent and benefit sharing for the commercial use of traditional knowledge on the Internet and other digital media. Traditional community laws and protocols must be respected in digital use. But where are the law and the watchdog to monitor such abuses? The community happily shares traditional knowledge with the tourist without worrying about possible dangers. They mainly see it as a cultural exhibition to the world and are proud of it. The unregulated circulation of traditional knowledge in the public makes it vulnerable to commercial exploitation. Terms of use should be defined at the time of access to TK so that control of TK remains in the hands of the owners.

Ten years ago, Air India painted “Tsungkotepsu”, the traditional Ao Naga shawl on the tail of its plane. A delight of red and black stripes and hand-painted patterns on the central band, woven by the women of the Ao Naga tribe of Nagaland. It appears that no permission was taken from the Ao community or that Air India declared in any form that the shawl design represents the Ao tribe, a benefit sharing never thought of by anyone. The traditional Ao shawl is a weaving of folk art and culture held with immense pride. Many authors have reported rampant cases of “cultural plagiarism” of various traditional Naga shawls by popular online shopping sites and designers selling cheap imitations without permission. It is worth mentioning here the controversy over the “Cowichan sweater”, a traditional hand-knitted Aboriginal sweater from the Cowichan Nation, a Coast Salish nation located in what is now known as Duncan, British Columbia. . Hudson’s Bay Company was the commercial partner for the Vancouver 2010 Olympic Winter Games. They got a mass-produced Cowichan-style sweater in China, an imitation of the native Cowichan sweater. HSBC and the Olympic Committee have been widely criticized for altering the aesthetics of the Cowichan sweater, as well as for economic losses to those who created the original garments, as several Cowichan families were financially dependent on the knitting of the Cowichan sweater. These experiences are revealing in themselves. At least in the case where traditional medicinal knowledge is patentable, we have some recourse under patent law. But when it comes to cultural appropriation of this nature, there is no legal recourse, paving the way for a free-for-all situation. It is time to act seriously and responsibly to secure traditional knowledge before all is lost.

The author is head of law department at Rajiv Gandhi University, Arunachal Pradesh. Views are personal

Shannon Daley returns to Don’t Tell Mama with “Does Anyone Have a Map?”