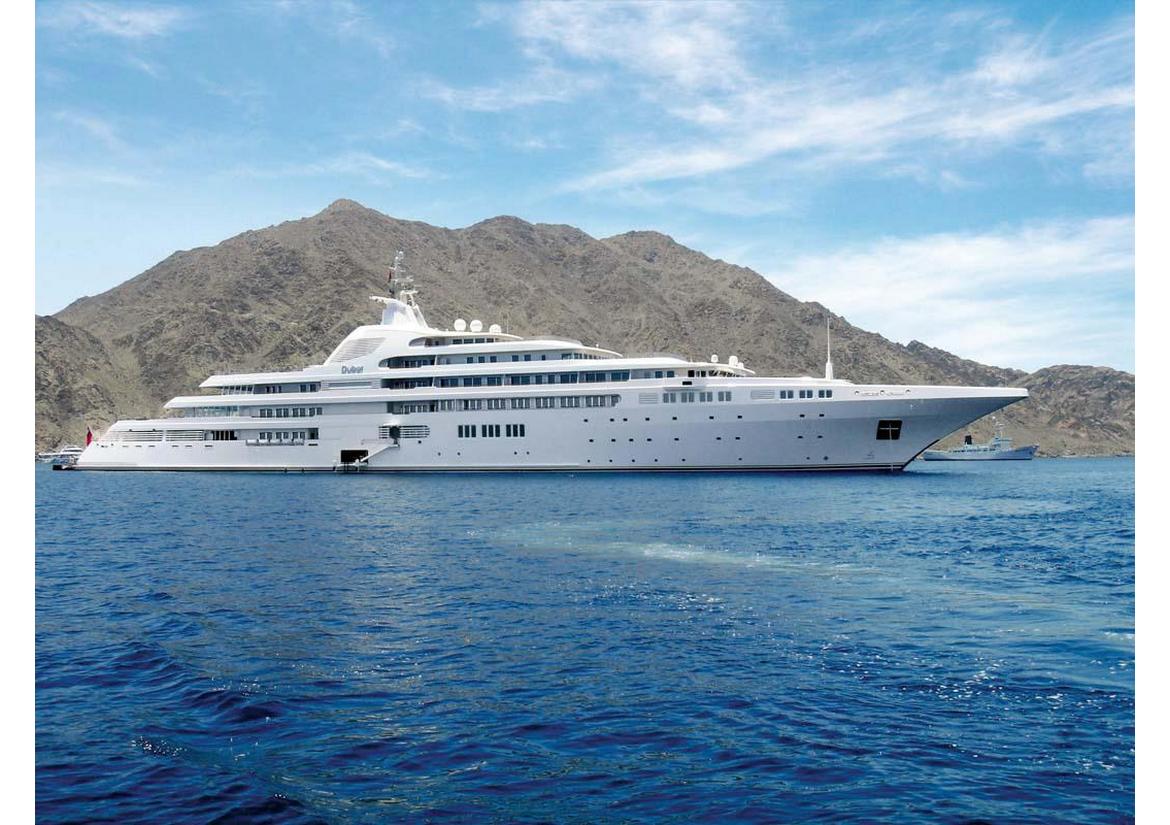 Dubai – the name epitomizes all things extravagant. It represents largesse and glitter that are anything but mundane. Extraordinary is not enough of a word to do justice to the brilliance of the emirate or its namesake sailing the Persian Gulf. The Dubai superyacht owned by Sheikh Mohammed bin Rashid Al Maktoum, Ruler of Dubai, was the largest yacht in the world, measuring 532ft in length, but was eventually replaced by Roman Abramovich’s Eclipse and Khalifa bin’s Azzam Zayed Al Nahyan. Just like the city’s other breathtaking attractions, the luxury ship is a city unto itself with attractions that will blow your mind for yachting enthusiasts. Below is a detailed view of one of the most important ships in the world:

The story of Dubai’s incredible megayacht:
Who doesn’t love a bit of history? The Dubai Yacht is a luxurious floating palace. Considering its grandeur, the story couldn’t have been as simple as Sheikh’s shipyard. Before taking the form of the magnificent Dubai Motor Yacht, the ship was nicknamed Panhandle, Platinum and Golden Star. Interestingly, it wasn’t even commissioned for Sheikh Mohammed bin Rashid Al Maktoum initially. Panhandle was commissioned from the Blohm & Voss shipyard in Germany in 1996 by Prince Jefri Bolkiah, the younger brother of the Sultan of Brunei. Work started at full speed in collaboration with Lürssen Yachts (who else?) until the Sultan intervened. To curb his brother’s overspending habits, construction of Panhandle was halted.

A bare steel hull and superstructure lay abandoned for several years. It was purchased by the government of Dubai, which awarded the project to Karam Sadikoglou in Turkey. Five years later, Platinum Yachts obtained the steel structure and 250 containers full of spare parts, and the fantastic Dubai megayacht was designed. In 2001, Mohammed bin Rashid Al Maktoum brought in Andrew Winch, with interior design from Platinum Yachts, to make the $400 million vision a reality.

As dazzling as her namesake is the larger-than-life Dubai superyacht:
“The brief was simple: the owner wanted a floating Burj Al Arab – and he got it,” said Kostis Antonopoulos, the former managing director of Platinum Yachts, who oversaw the construction of the yacht from Dubai. The whopping 532 feet is longer than three football fields and dotted with eight bridges. With a gigantic ship like this, you can’t ignore the smallest details, like traffic and entrances. From the side doors to the service doors, the megayacht has numerous entrances and exits in addition to the stairway and the three elevators which make it possible to reach each deck and each room without disturbing the guests.

The 10m swimming pool with two Jacuzzis is a vision that incorporates a waterfall located aft of the main deck. Eye-catching handmade mosaics decorate the pool, matching the scenic beauty of the Arabian Gulf where the ship sails. The $400 million luxury boat also flaunts a helipad, while interiors feature never-before-seen decor details using gold leaf, marble, onyx, lapis lazuli and malachite. Needless to say, these expensive, high-end materials yield the most impressive results. As for accommodation, the Dubai yacht has a dedicated crew area that can accommodate 115 people.

The guest area includes 50 fabulous suites, while the VIP area on the fifth deck includes three suites. The highlight of the vessel is undoubtedly the sumptuous owner’s space accessible via a private elevator, and it completely occupies the upper two levels. The owner’s suite also displays direct access to and from the helipad. Dubai can reach a top speed of 26 knots and is powered by four MTU 20V 1163TB93 engines. With huge 1.2 million liter diesel tanks, Dubai can travel 8,500 nautical miles, according to Wikipedia.

Noteworthy Features of the Majestic $400 Million Motor Yacht:
The Dubai yacht is divided into different areas – crew, guests, owner’s private decks and a social area with various lounges including a traditional “Majilis” room. The dining room alone does the social space justice by accommodating up to 90 guests at a time. Standout features of the Palatial superyacht include a nightclub, squash court and exceptional safety features.

With the VIP owner in mind, safety was paramount. international boat shared: “I asked a computer security company to hack into the yacht’s network. When we thought we had a very secure ship, the guys hacked it in 30 minutes! Of course, we have redesigned security,” Antonopoulos said. The lower decks had no clear GSM signal, so the ceilings were torn up to add repeaters.

About Dubai Yacht Owner Sheikh Mohammed bin Rashid Al Maktoum:
The current Vice President and Prime Minister of the United Arab Emirates is an image of extravagance and absolute luxury. Owning a dozen luxurious mansions, a fleet of private planes and this $400 million superyacht, the billionaire derives most of his income from real estate. According to a 2021 analysis by The Guardian and Transparency International, Sheikh Mohammed is one of the UK’s largest landowners, owning more than 100,000 acres.

Princess Haya Bint Al Hussein
The absolute ruler of Dubai has a deep love for horses and owns 400 of them. Cost-free royal vacations are part of normal life, and the family have already spent $850,000 on a summer holiday in Italy. The hotel bill for their vacation in Greece was $311,000, and the world continues to rave about the incredible $3 million spent on strawberries in just one summer. Sheikh Mohammed is believed to have assets worth $14 billion. In addition to the Dubai yacht, Sheikh Mohammed also owns another personal boat, the 130ft Alloya.