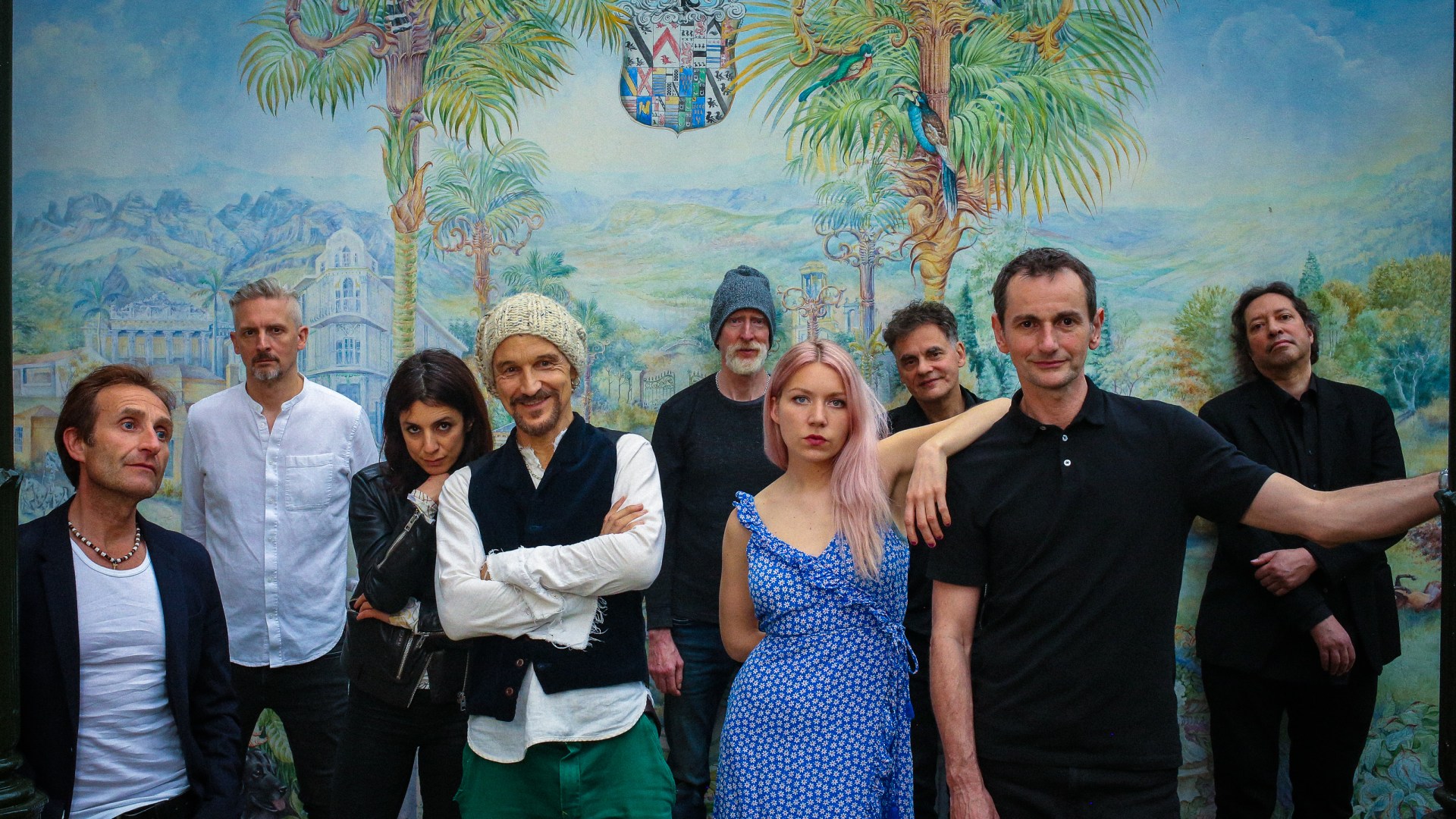 ROCK band James were left stunned when their joyous and uplifting hit Sit Down was used in the ultra-violent drama Game of Thrones.

The band’s Scottish founder Jim Glennie admits they were amazed when a deconstructed version of the 1989 smash was featured in the cult fantasy show, where Emilia Clarke takes the throne as Queen Daenerys Targaryen .

But the rockers – who performed at the Edinburgh marquee last night – won’t be the first or the last artists to be surprised where their music has appeared.

GERRY Rafferty got a cut of Hollywood’s money when director Quentin Tarantino paid £10,000 to use his 1973 Stealers Wheel hit Stuck in the Middle with You in Reservoir Dogs.

What he hadn’t told the Paisley-born singer was that he would be used in a grimacing torture scene in his 1992 film where Michael Madsen’s mobster character Mr Blonde dances to the song as he slices off the ear of a tied up cop. played by Kirk Baltz.

Rafferty, who died in 2011 aged 63, said he hated the film and would not have allowed his song to be used for such a violent scene.

THE COMPOSER Craig has become one of Hollywood’s top film score writers – after being introduced to top director Baz Luhrmann by dance group Massive Attack.

The 63-year-old classical pianist from Glasgow had worked with the Bristol band on their No Protection album and they recommended the Scotsman to Baz for his 1996 hit Romeo & Juliet, starring Leonardo DiCaprio.

Aussie Baz was so impressed he asked Craig to write the entire score for his next big Moulin Rouge project! in 2001. He has since written many scores including The Incredible Hulk and The Great Gatsby.

The Scotswoman really got into film soundtracks after writing the music for Bram Stoker’s Dracula in 1992 with Winona Ryder and Gary Oldman.

Since then, her work has appeared in everything from X-Men to Legally Blonde 2, while she even nabbed an Oscar for performing and writing Into the West for The Lord of the Rings: The Return of the King in 2004.

But one film she seems to like less was Demi Moore’s 1996 flop Striptease, which features the 67-year-old songs Little Bird and Cold – both of which were strangely missing from the film’s spin-off CD.

SIMPLE Minds had been trying to break into America and they landed their big break in a low budget movie The Breakfast Club with a song they never wrote.

The track Don’t You (Forget About Me) from the 1985 film Brat Pack was written by songwriters Keith Forsey and Steve Schiff and originally offered to Bryan Ferry and Billy Idol who turned it down.

But Scottish singer Jim Kerr, 62, decided to take a punt and land his band’s first – and only – US No. 1. Poor Billy and Bryan had to kick each other.

THEY are known as the nice boys of the cool band – but that didn’t stop them from appearing on the Hellboy II soundtrack.

Travis’ track, All I Want to do is Rock, appeared in the 2008 sequel starring Ron Perlman as the alternate superhero.

Although lead singer Fran Healy, 48, and co have strong ties to Hellboy – as told at the start of the film how a team of paranormal investigators discovered the ‘strange creation’ off the coast of Scotland in 1944.

PAOLO’s slow little number, Let Me Down Easy, was a surprise inclusion in 2017’s Alien: Covenant when it was used in a sexy shower scene.

Ricks (Jussie Smollett) and his wife Upworth (Callie Hernandez) are just starting to get the hang of it when they’re rudely interrupted by the killer alien aboard their ship.

Despite the 35-year-old’s best efforts, there certainly doesn’t seem to be a bigger passion killer than your husband mauled by a deadly alien.