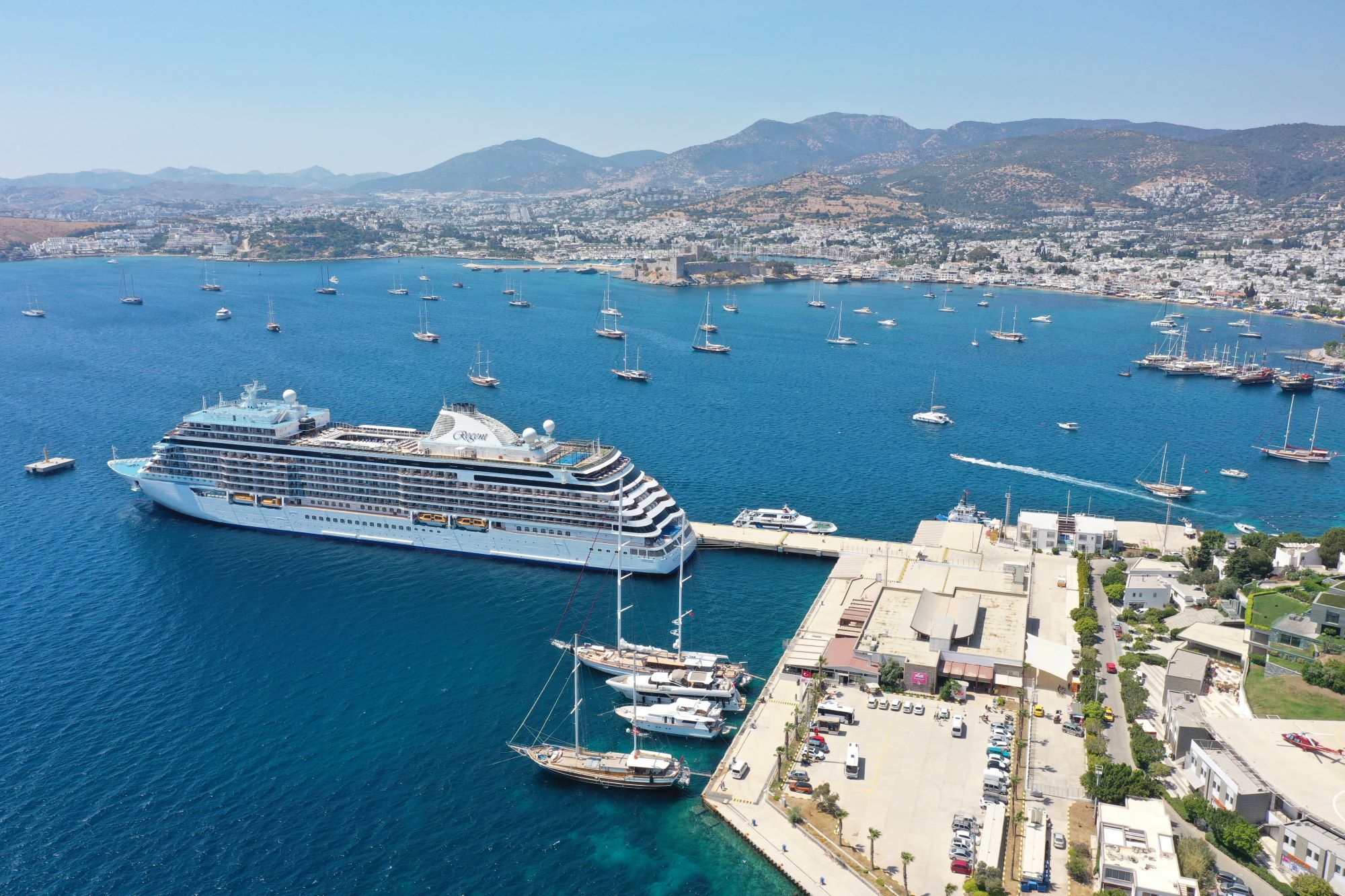 Superyachts are relatively common among the billionaire class, with many spending large sums of money on a luxury floating mansion. Examples include Bernard Arnault’s yacht, the Symphony, and even Jeff Bezos is reportedly building a $500 million megayacht.

Although these boats are incredibly luxurious, they generally do not have underwater capabilities, like Migaloo’s underwater yacht. The Migaloo M7 is a $2.3 billion underwater superyacht that could be the future of yachting.

What the Migaloo M7 underwater yacht has to offer

The M7 is a superyacht designed by Migaloo and the largest of the company’s M-series concepts. It has yet to be built, but if it was, it would be 930 feet long with a Zumwalt-class destroyer-like body combined with modern superyacht design details.

According to Self-evolution, some of the amenities in the design are fairly typical of most modern billionaire luxury yachts. They include a wellness area, a spa, dining rooms, lounges, a swimming pool, jacuzzis, a cinema, a gym, underwater observation rooms, etc. There are also six dry hangers and storage for different underwater vehicles, including unmanned and autonomous options.

As for accommodation, the Migaloo M7 can accommodate up to 12 people in eight VIP suites with additional separate quarters for 25 staff. The Owner’s Suite stands out from the rest of the VIP suites with a living space of 22,604 square feet.

Although it is an underwater yacht, the vessel offers outdoor entertaining areas as it cruises above the surface of the water. These areas are closed when the boat sinks. The owner would also have creative input on the boat’s design choices, making it incredibly customizable.

Safety is also well considered in the design with provisions for surface-to-air missiles and anti-torpedoes.

In terms of performance, the M7 is expected to reach a displacement speed of 32 knots over water with hybrid engines to propel it. The vessel can also descend to 1,500 feet below the surface, although this reduces propulsion speed to 21 knots.

Notably, while the actual price of the underwater yacht is yet to be determined, Migaloo CEO Christian Gumpold admitted that BloombergThe estimated figure of $2.3 billion was not far off the mark. This would make it one of the most expensive private assets in the world. However, currently it is only available as a design and NFT.

What is Migaloo and how does it fit into the superyacht industry?

The Migaloo brand is named after an albino humpback whale which seems fitting since the company designs underwater superyachts. The company believes that the evolution of conventional megayachts has reached its peak, and therefore, it cannot meet the needs of new owners.

According to Migaloo, some of those needs include privacy, security, unique experiences, and as much exclusivity as possible. By combining submarines and superyachts, the company offers something different from the status quo and would therefore be able to meet the current demands of owners. As such, it makes sense that Christian Gumpold, the CEO, thinks it’s “the future of yachting”.

Other offers on the Migaloo underwater superyacht

Other M-series underwater superyacht designs available on the Migaloo portfolio include the M5_Cruise, M5_ Super, M5 and M2. The smallest of the line, the M2, is 229 feet long, making it slightly smaller than Donald Trump’s yacht, the Trump Princess.

Migaloo also has another uniquely designed offering in a private floating habitat called Kokomo Ailand. It’s supposed to be 383 feet long with an owner deck, jungle deck, beach deck, garden deck and even a spa deck. The island would also be mobile with an azipod propulsion system.

While there are currently no eccentric billionaires who have claimed the designs for themselves, it would certainly be interesting to see these concepts take physical form.