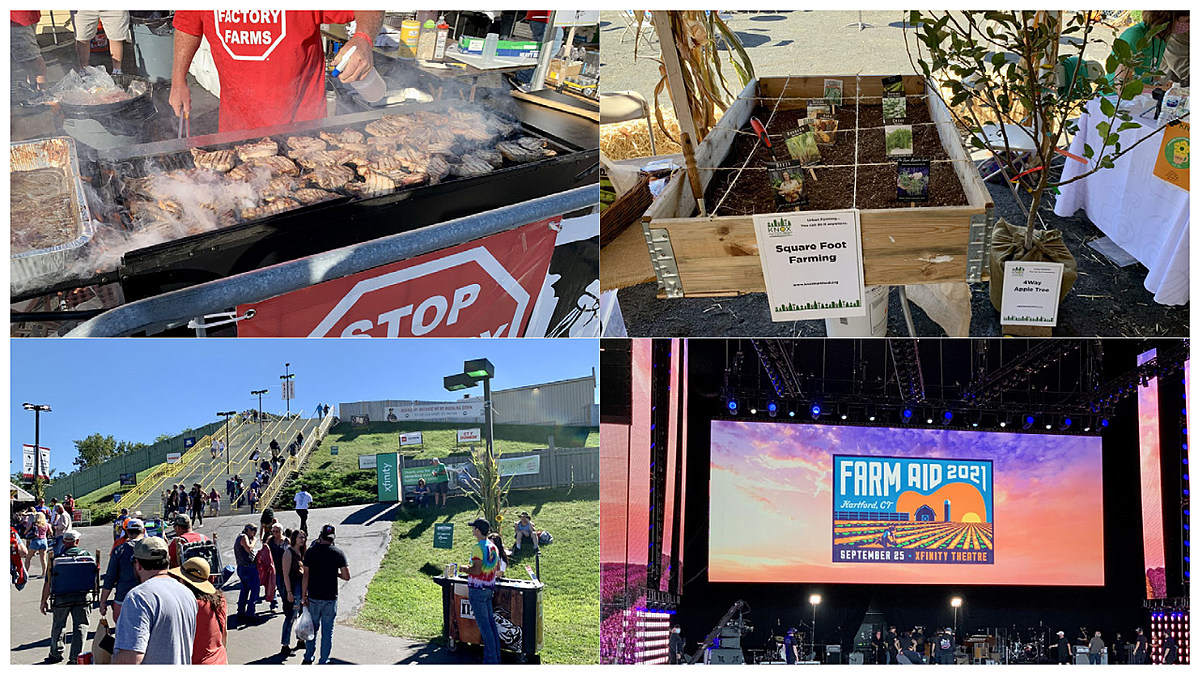 Walk through Farm Aid 2021 and the local village

Sadly, two headliners – Neil Young and Sturgill Simpson – both had to give up on what was a weather-perfect day. But about 18,000 of us appreciated what Farm Aid 2021 brought to Hartford.

My musical discovery of the day was the flamboyant set by Tyler Childers of Kentucky, who commanded the stage by putting everything he had in the microphone. Childers is a furious artist with the stage presence of a prophet delivering the truth to the masses. His performance left me and the crowd around me speechless. Just a lot of ‘WOW’ and ‘Holy Sh% $!’ were the only things I could hear among the screams and applause.

Closely followed, Nathaniel Rateliff and The Night Sweats took the house down with a catchy version of his hit “SOB”, with Rateliff taking a knee and singing the salty track.

But really, you can’t compete with the masters. John Mellencamp appeared to be in a bad mood, letting the F-bombs fly. Mellencamp even berated the audience, who got into the Jack & Diane chorus early on. Instead of his infamous “Suckin ‘down a chili dog, outside of the Tastee-Freez”, several launched into “Oh yeah, life goes on” for his amusement. Mellencamp stopped, looked at the crowd and said “Now we’ve been rehearsing this song us – me and you, for 40 years!” Go on. John Mellencamp just posted the moment on YouTube – here is –

And what can you say about Willie Nelson other than God bless him. 88 years old, with his legendary Trigger guitar as always by his side. Nelson appeared to be in a good mood and tore up a small selection of hits from his vast music library. The moment that blew me and the crowd away was during a catchy cover of the classic “Texas Flood”, where one of his backup musicians in The Family did a catchy solo on not a , but two whistles at the same time.

I spent about 7 hours wandering around Farm Aid 2021 and Homegrown Village. It featured a wide assortment of family farmers and Connecticut advocates, all set up in spaces educating and feeding the hungry crowds on a wide range of topics and issues facing American family farmers today. Enjoy the sights of Farm Aid 2021.

A walk through Farm Aid 2021 and the local village

Farm Aid 2021 drew over 18,000 people to Hartford’s Xfinity Theater on a beautiful fall day on Saturday September 25th. Everyone was in a good mood and it was a great day to understand why Farm Aid has been the leading advocate for the American family. farmer since 1985.

5 of Connecticut’s most terrifying haunted Halloween attractions for 2021

If you’re a Halloween fanatic and scared to die, check out some of Connecticut’s best haunted attractions for 2021.