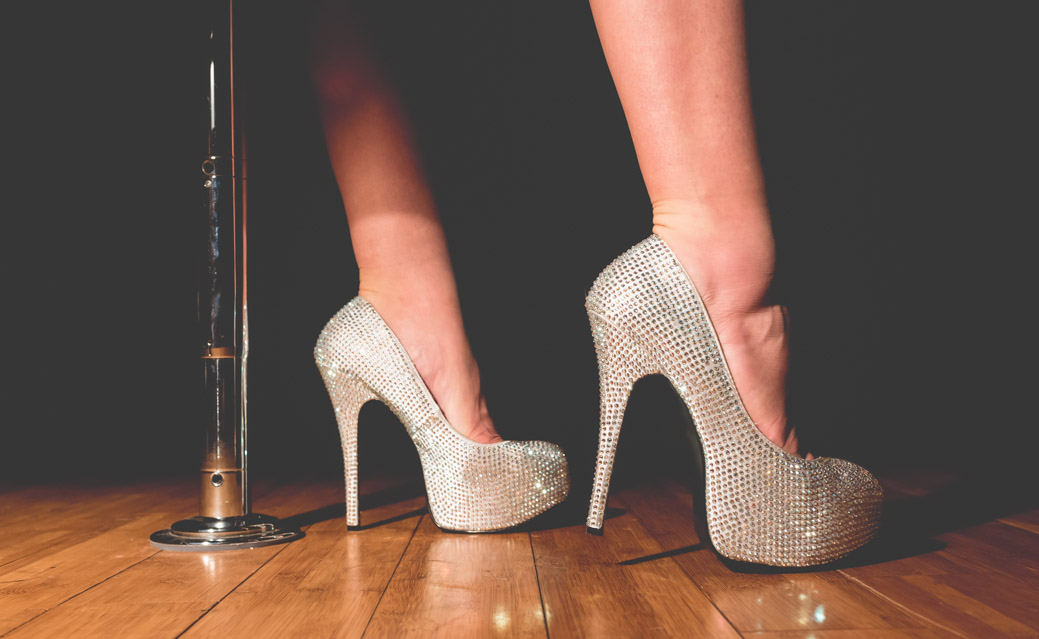 The history of pole dancing is quite murky, with various origins suggested. One of the presumed precursors of modern pole dancing is the chinese pole. This practice dates back to the 12e century and involves aluminum poles (sometimes covered with rubber) three to nine meters high and three to four inches in diameter.

Arguably the most famous feat of Chinese pole dancing is “the flag”, by which the artist grasps the pole with his hands at a 90 degree angle. Chinese pole performances mainly took place in circuses.

Another possible predecessor is an 800-year-old Indian practice called Mallakhamb, which translates to “pole of struggle”. Initially, the practice emerged as a way for wrestlers to improve their endurance, endurance, and full body coordination. Later it became his own sport. The wooden pole used in competitions is approximately 2.6 to 2.8 meters in height and has a circumference of 53 to 55 centimeters.

These ancient practices evolved into the more eroticized pole dancing that most people know about in the 1920s. In the United States “Hoochie Coochie” dancers in the circuses, danced suggestively around the pole holding the right marquee. This highlights a possible origin of the term “exotic dancer”, since the dancers were initially of Middle Eastern origin. Due to concerns about propriety during the Prohibition era, this suggestive mode of pole dancing gradually shifted from circuses to underground bars. Pole dancers began to tap heavily into more exciting forms of entertainment such as burlesque and striptease.

In 1994, Canadian-born Fawnia Mondey began teaching non-performers pole dance as a way to improve their physical condition. The pole fitness industry continues to grow as the inherently sexual view of pole dancing becomes less prevalent. However, pole dancing has not yet been fully recognized as a sport. The World Association of International Sports Federations (GAISF) has obtained observer status at the International Pole Sports Federation (IPSF), an important step in the IPSF’s journey towards the recognition of pole sports and eventual inclusion in the Olympic Games.

Some people with chronic pain have found pole dancing useful because it requires the use of all muscles. The Arthritis Foundation recommends various forms of fitness dance, including pole dance, zumba, belly dancing, and Bollywood dances, to improve mobility and relieve pain in patients with rheumatoid arthritis. One of the reasons pole dancing relieves chronic pain is that it, although temporarily, distracts dancers from their pain while dancers are attentive to their movements.

Fitness pole has a range of health benefits, both physical and mental. It helps to improve the strength and flexibility of the trunk. Pole dance is also good for the spinebecause it involves a range of motion. It also improves the balance and kinesthetic awareness of the dancer. For some, pole fitness is an easier type of exercise to do because they find it fun and stimulating. Some people found that pole dancing revolutionized their relationship with their body as they expressed themselves through dance and stopped caring about their body image.

Because modern sticks are slippery, stick fitness is usually done with little or revealing clothing so that dancers can grip the stick with their skin. As a result, people who practice pole fitness sometimes have bruises and burns to the skin. But pole dancing can be worth the effort and the effort, and this fun activity can have a lasting impact on how we exercise.

Editor-in-Chief (Volume 48) | [email protected] –
Liz is completing a double major in chemistry and art history. Previously, she was Editor-in-Chief of Volume 47. Liz is passionate about creating an open and honest space where university students feel represented and heard. When not studying, working, writing or revising countless articles, you can find her singing Motown hits on her piano, taking long walks by the lake. or listen to music. You can connect with Liz on it website, Instagram, Where LinkedIn.

Roderick Ferguson does not need to be rescued in MAN OVERBOARD !!! à Don’t tell mom