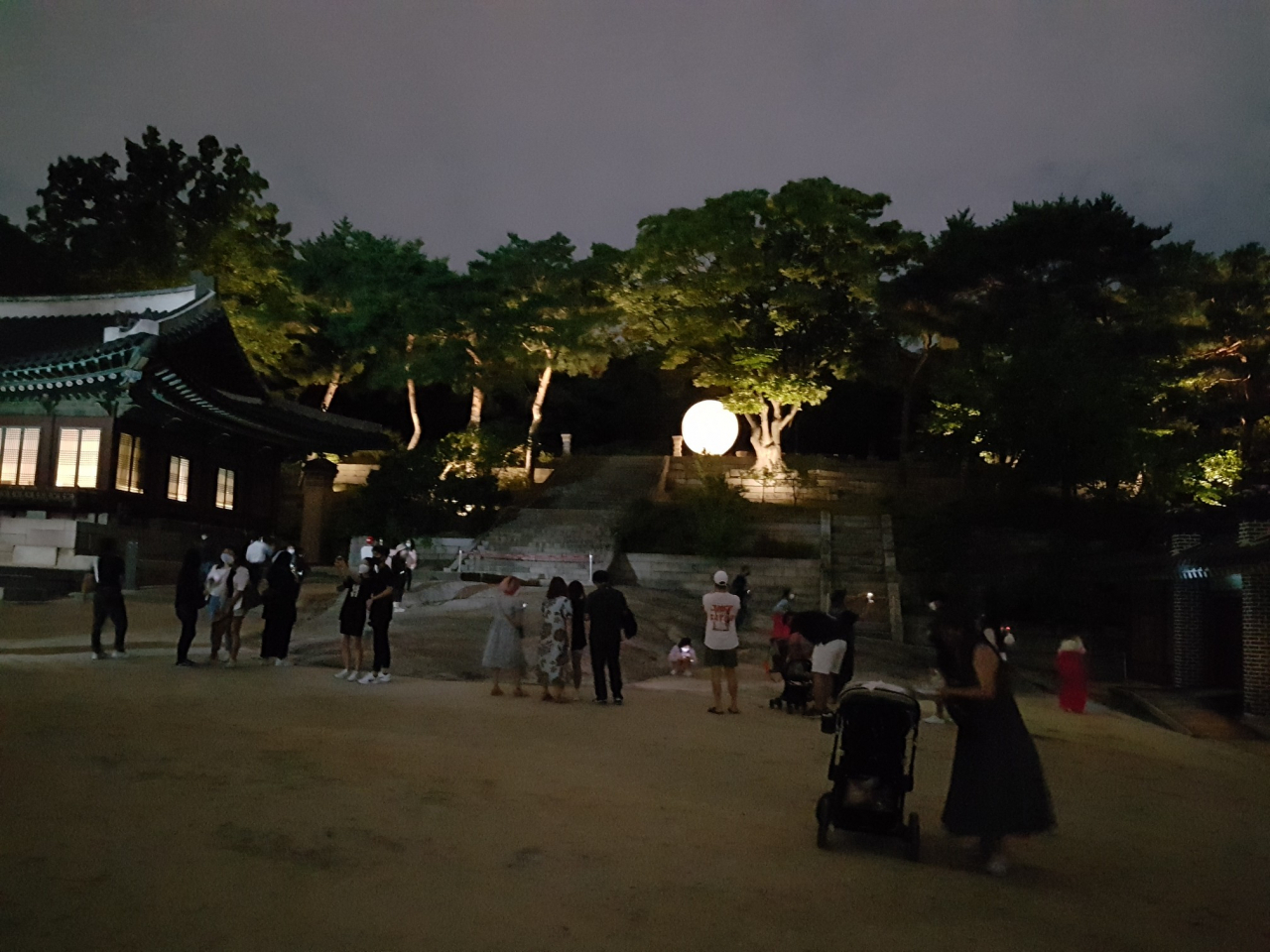 [Well-curated weekend] Chuseok is for palace walks, playing in ball pits and catching the circus

Visit the royal palaces for Chuseok

During the Chuseok holiday, the four main royal palaces – Gyeongbokgung, Changdeokgung, Deoksugung, Changgyeonggung – the Royal Tombs and Jongmyo Shrine in Seoul will be open and free to the public from Friday to Monday.

In Changgyeonggung, a special Chuseok event titled “The Full Moon Lands on the Royal Palace” will be held from 6:30 p.m. to 8:30 p.m. Thursday through Monday.

During the harvest season, Koreans traditionally gather to view the full moon and wish their families happiness and well-being.

Anyone can visit and view the glowing moon installation, which will be located near Changgyeonggung Punggidae, a wind streamer pedestal believed to have been installed during the reign of King Yeongjo (1724-1776). The event will be closed in case of rain.

Entrance to Changdeokgung is free, but the first set of online tickets for the Changdeokgung Moonlight tour program have been sold out.

The program will run until October 28, and dates for the second round of lottery-based online ticket reservations will be announced after Chuseok. The tour lasts 90 minutes and costs 30,000 won per person.

Near Heungnyemun Gate, the Changing of the Royal Palace Guard Ceremony will take place at 10 a.m. and 2 p.m. from Friday to Monday.

Although Gyeongbokgung is free to enter during the day, night tours, which start from 7 p.m., are based on reservations. Tickets are sold out for the first viewing period, which runs until September 30.

On Chuseok Day, which falls on Saturday this year, the National Intangible Heritage Center in Jeonju, North Jeolla Province, will host a folk festival. From 1:00 p.m. to 3:30 p.m., event attendees can learn and enjoy traditional folk games such as jegichagi and tuho.

Swim in ball pits at the Color Pool Museum

While strolling through Insa-dong, an old neighborhood in Seoul known for its alleyways filled with handicraft galleries and art shops, you may have taken many photos of handicrafts, designs, food and Korean calligraphy that captured your imagination.

If you’re looking for a unique place to feature in your next Instagram upload, the Color Pool Museum might be the place to visit in Insa-dong.

Located on the sixth floor of Anyounginsadong, a shopping, culture and entertainment complex located a 5-minute walk from Exit No. 6 of Anguk Station on Subway Line No. 3 and Exit No. 3-1 of the Jonggak Station on Subway No. 1, Color Pool The museum welcomes visitors ages 2 and up.

The ball pits and playgrounds have nine different themes, including Pink Spa, Palette Wall and more.

Shoes must be removed when entering the pools, and visitors can fully enjoy the Color Pool Museum without worrying about a time limit.

The Color Pool Museum has gained popularity after being featured on album cover images and YouTube content of K-pop idols including rookie girl group The Sserafim, Class:y girl groups, WJSN Chocome, rapper Zico and many more.

You can also buy colorful, handmade soaps and bath towels at the exit of the museum.

The playground is open Monday through Sunday from 10 a.m. to 8 p.m. Tickets are no longer available after 7 p.m.

Circus Cabaret is in town

The Seoul Circus Festival, “Circus Cabaret” takes place this Chuseok, from Friday to Monday, from noon to 8 p.m.

A total of 12 programs – by eight Korean acts and four foreign acts – performed before your eyes will make you hold your breath.

If you are unsure which performances will be the best for you and your family, the program brochure is available on the Seoul Foundation for Arts and Culture official website.

The program table has several icons next to each program, which lets you know in advance what type of performance it is: with the “hand” icon, performers can invite the public to come on stage ; the “flash” icon means the show includes strong lighting effects alerting photosensitive epilepsy; the “fist” icon suggests that there could be violent scenes.

In addition, a traveling circus exhibit, “Collectors”, will take place in the front yard, with a docent present on site at 1, 3 and 5 p.m. If you want an English docent, visit the exhibit at 5 p.m. on Friday, Sunday and Monday.

There will be outdoor film screenings at Culture Yard – “Cirque du Soleil: Worlds Away” at 7 p.m. Friday and “The Circus” at 7 p.m. Sunday.