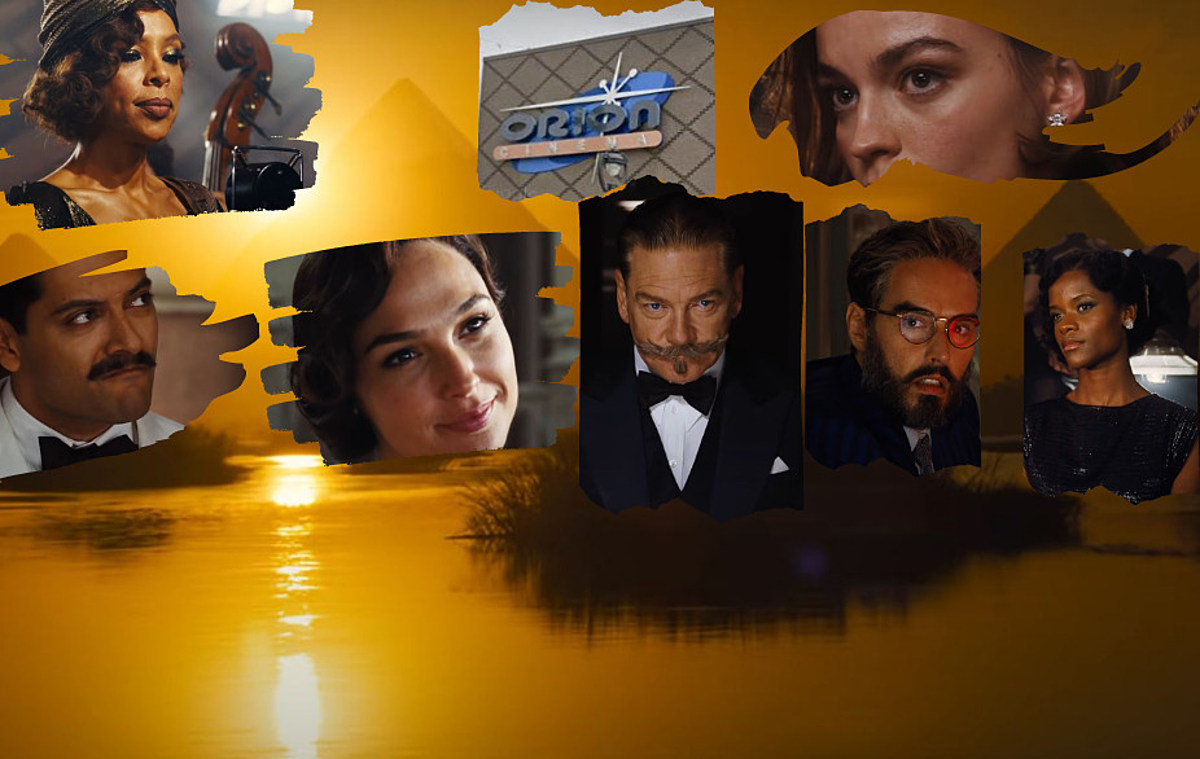 Who Dunnit? Responses to “Death on the Nile” at the Orion Cinema in Yakima

I am not a professional film critic. I am not a film expert, film industry insider, or member of the Hollywood Foreign Press.

What I am may be what you are, which is to say a cinephile who loves the theatrical experience. I have a positive experience to share about a local theater in the Yakima Valley and a new movie that puts us on the edges of our extremely comfortable seats.

What’s so different about the Orion Cinema in Yakima?

I always thought there was nothing like the cinema experience. Of course, most of our viewing happens on much smaller screens, TVs, tablets, and even phones. Some streaming feature films and series are even filming with the small screen in mind. But, especially since the pandemic has deprived us so much, including gathering for a time in theaters, it is all the more pleasant to see and experience a film in theaters on the big screen.

For my wife and I, we found the Orion Cinema in downtown Yakima to be the perfect place for a date night. Incredibly comfortable seats top the list of why this is my favorite movie spot. Add to that the ability to order food and drink to be served right at your seat, and it’s hard to imagine watching a movie anywhere else. Amazing sound system, 21+ atmosphere and Micky’s pub, seals the deal for me.

Remember, I admitted up front that I was not Roger Ebert. However, here is what I tell my friends and family about our viewing of the new movie “Death on the Nile”. If you like a “who made it” classic, you’ll love this adaptation of the Agatha Christie classic. The cast includes Kenneth Branagh, who stars in and directs the film, Armie Hammer, Gal Gadot, Ali Fazal, Letitia Wright, Tom Bateman, Annette Bening, Russell Brand, and others, who delivered incredible performances. Really kept us guessing until the very end. See schedules and what’s playing at ORION.

CHECK IT OUT: The best movie character names from the 1980s

30 Famous People You May Not Know Were College Athletes

Stacker dug deep to find 30 celebrities who were formerly college athletes. There are musicians, politicians, actors, writers and reality TV stars. For some, a sports career was a real and promising possibility that eventually faded away due to injury or another vocation. Others have worked their way into a team and simply played for fun and the love of the sport. Read on to find out if your favorite actor, singer, or politician has ever worn a college jersey.

Can you get a payday loan with a credit score of 550?