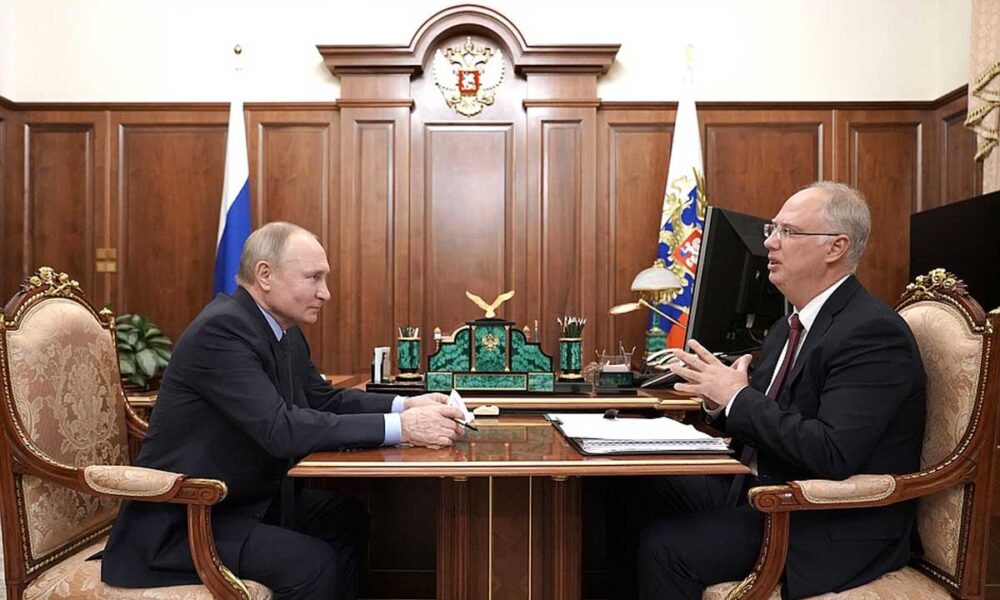 In these difficult and crucial times, the strategic partnership with Africa has become a priority of Russia’s foreign policy, said Sergei Lavrov, Russian Foreign Minister. Hard times naturally refers to both the Covid-19 pandemic and the current period when Russia’s own “special military operation” in Ukraine has shattered the global economy. But why is Russia so quiet about its vaccine diplomacy in Africa? What have relations between Russia and the African Union brought to the health sector in Africa? Why Russia’s vaccine diplomacy could arguably be described as a failure for vaccine-eligible people among the 1.3 billion population.

The Africa Centers for Disease Control and Prevention (Africa CDC) has estimated that around 28% of the entire African population has been vaccinated in the past two years. South African President Cyril Ramaphosa and a few African leaders have vehemently accused European and Western countries with advanced pharmaceutical technologies of hoarding Covid-19 vaccines.

Russia was the first advanced country to release Sputnik V in August 2020 less than a year when the coronavirus was declared an epidemic by the World Health Organization (WHO). But Sputnik V was never approved by the WHO mainly because of a lack of transparency from Russian laboratories. In addition to being approved before entering mandatory phase III clinical trials, it violated relevant international protocols and ruined its reputation from the outset, including in Russia, as evidenced by strong reluctance to the vaccination.

According to news sources, Sputnik V was developed by the Gamaleya Scientific Research Institute of Epidemiology and Microbiology. It was later registered under the emergency use authorization procedure, according to the website of the Russian Direct Investment Fund (RDIF). RDIF is the Russian sovereign wealth fund created in 2011 to make equity co-investments, mainly in Russia, alongside reputable international financial and strategic investors. The Kremlin has offered this agency the full task of managing and directing all aspects of the production and distribution of the Covid-19 vaccine.

RDIF has made a substantial contribution to the development and commercialization of Sputnik V, the world’s first registered Covid-19 vaccine. Sputnik V was heavily promoted through a professional international marketing campaign and Russia secured commercial contracts for nearly 800 million doses of Sputnik V. Russia delivered only 108 million doses, less than 15%.

First, Sputnik V has little impact in Africa. Second, no African country is making Sputnik V so far. In fact, Russia has signed manufacturing agreements with no less than 23 countries to produce Sputnik V. However, only a few countries have actually started production, due to delays in the supply of raw materials. As one of the few countries, Russia stayed completely outside the COVAX facility and played no significant role in vaccine donations.

Holding the bumpy road during the time of the pandemic, Russia has taken gradual steps, looking like a substantial breakthrough to save human extinction. He quickly registered the vaccine in many countries and often promised to establish manufacturing points in a number of countries, including Africa. But in a critical assessment, we cannot ignore the haphazard depiction, from various perspectives, that Russia’s vaccine diplomacy has failed in Africa. This was certainly the case with Russian diplomacy in Africa.

President Vladimir Putin has often praised the entire health system, and in particular the hardworking team of scientists and specialists from different institutions for their efforts in researching and creating a series of vaccines to be used against the coronavirus both at home and abroad.

However, the majority of African countries where Sputnik V was registered were unable to obtain supplies to purchase as promised. To be sure, Russia faces challenges in producing vaccines to meet growing market demand and to quickly meet its commitments to outside countries.

Russia’s willingness to share the Sputnik V vaccine offers a chance to boost its image and strengthen its alliances in Africa. It has made some vaccine deliveries, but only to its preferred countries, including North Africa (Algeria, Morocco and Egypt), East Africa (Ethiopia), Southern Africa (Angola, Mozambique and Zimbabwe) and in West Africa (Guinea). According to the media, South Africa, a member of the BRICS group, flatly rejected the donation of Sputnik V from Russia.

In addition, an official press release in mid-February 2021 stated that the Africa Vaccine Acquisition Task Team – set up by the African Union (AU) to acquire additional vaccine doses to that Africa can achieve a 60% vaccination target – received an offer of 300 million Sputnik V vaccines from the Russian Federation. It was described as a “special offer” from Russia. In the end, Russia never delivered the 300 million vaccines as planned.

In the analytical report of the situation on Russia-Africa, compiled by 25 Russian political experts, led by Sergei A. Karaganov, honorary chairman of the Presidium of the Council on Foreign and Defense Policy, and published in November 2021, underlined the Russia’s consistent failure to deliver on its many promises over the years has been clearly demonstrated. The supply of Russian-made vaccines to Africa that was not provided by the African Union was mentioned as an example in the report. “Having entered into contracts for the supply of Sputnik V to a number of African states, the Russian suppliers failed to meet their contractual obligations,” the report said.

Another report also compared Russia’s vaccine diplomacy with Europe, China and other outside countries: (https://www.eeas.europa.eu/eeas/vaccinating-world-between-promises-and -realities_en). The report says that a year and a half after the start of the deployment of Covid-19 vaccines, the European Union (EU) can be proud of what it has achieved to help vaccinate the world, and in particular the countries with low and middle income. The EU’s record stands in contrast to what China and Russia have done beyond the bluster of their noisy “vaccine diplomacy” over those years.

In 2021, the topic was not only dominating the news, but was also at the center of international relations, with major powers, notably China and Russia, conducting active vaccine diplomacy to expand their global influence by pledging to supply vaccines to the world. From the outset, the EU chose to act in a multilateral framework, supporting the COVAX facility launched by the WHO to jointly purchase and supply vaccines to low- and middle-income countries.

According to the report, based on data collected by multilateral institutions, the EU has in fact been by far the largest exporter of vaccines in the world. With 2.2 billion doses supplied to 167 countries, we exported almost twice as much vaccine as China, three times as much as the United States and 20 times as much as Russia.

The EU has not only exported and donated vaccines, but has also helped develop vaccine production in Africa: last year the EU together with its Member States and financial institutions committed more than 1 billion euros to finance this development.

By 2040, the African Union wants 60% of the vaccines used on the continent to be made in Africa and the EU fully supports this goal. Already this year, two factories will be set up in Rwanda and Senegal and commercial production is expected to start in 2023. Close cooperation is also underway with the Biovac Institute in South Africa and with partners in Ghana.

In these difficult and crucial times, Russian vaccine diplomacy has been a total failure and this was already the case before its “special military operation” in the former Soviet republic of Ukraine. In short, the vaccine diplomacy of these two countries, Russia and China, can be summed up as “high expectations – broken promises”.

The EU has much to be proud of, not only has it succeeded in vaccinating its own population against Covid-19 in a short time, but it has also been the world’s largest exporter of vaccines and the second largest donor to countries in low and middle income countries. The EU has achieved far more in this area than China and Russia combined. Building on this strong track record, the EU will continue to support access to vaccines worldwide, including by assisting with vaccine manufacturing in Africa.

The Volume 8 concert series at Feinstein/54 below

There was a time when I struggled with the need to get married: Kubbra Sait