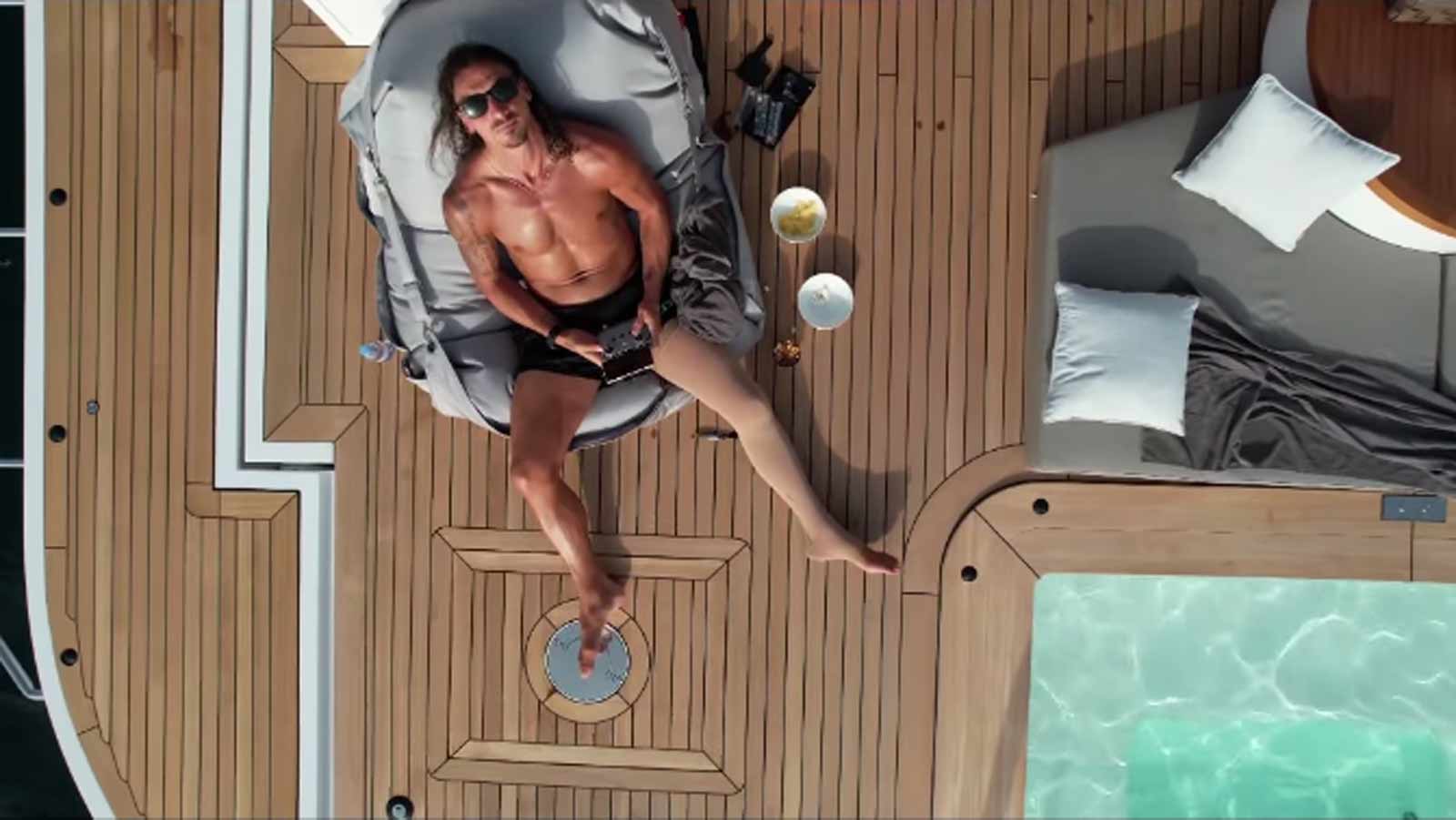 Swedish superstar Zlatan Ibrahimovic seems to have bought himself a drone. He recently used it to show off his lavish lifestyle to his 55.1 million followers, showing off looking in top shape at the same time.

Zlatan Ibrahimovic, the 40-year-old goal-scoring machine, has just taken to Instagram to show his fans how he spends his free time. It’s true: not content with blowing minds with a majestic return to European football (in his late thirties) or with Bruce Lee-type workouts, he now has to show us how rich he is too.

Because it’s Zlatan, it’s always adorable. The guy doesn’t take himself too seriously (despite all the bravado, he once admitted he wasn’t quite on the level of Muhammed Ali) and has a legendary sense of humor.

All of this (and more) was on display when Zlatan posted the following video on Instagram, giving viewers a good look at the yacht he is currently clinging to in the process. Although Zlatan only posted “I see you” in relation to the video, we choose to believe that he bought the drone so he could see his own abs better…

In the comments on Instagram, people made remarks such as “in another life I would like to be born Ibra” and the director Zlatan!!” This is not the first time that Zlatan has been talked about. Over the past few years, he’s destroyed our excuses for not being torn at 40, demonstrated the secret to his superhuman reputation, and eclipsed Novak Djokovic with a rare rainbow Rolex (among many other feats).

Zlatan Ibrahimovic has an estimated net worth of $190 million (A$274 million) and often shares photos of his cars, his workouts, his vacations and his legs…

This yacht would have a length of 34.36 meters and a width of 7.70 meters. It is also said to be able to accommodate up to ten guests (and seven crew members) in five bedrooms, with a main deck master suite, two VIP suites and two twin cabins.

On The Buses and Carry On actress Anna Karen has left the bulk of her £400,000 estate to former EastEnders star friend Sophie Lawrence

Food, Churchill and Kanke during the Raj and World War II